Winter waterfowl count aids science, state; is a reason to get outside 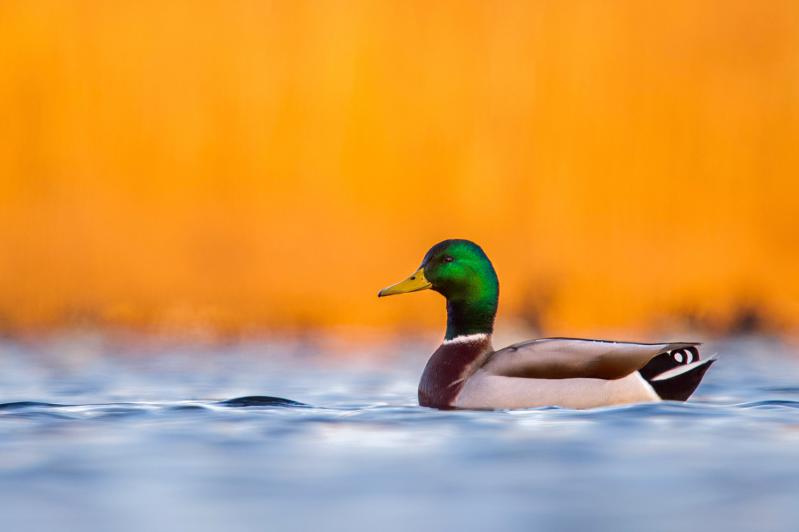 Mallards are easily overlooked because they are abundant, but a male in breeding plumage is beautiful. They are typically found on our freshwater ponds.
Jay Rand
By Christopher Gangemi

While the Audubon Society and its Christmas Bird Counts are perhaps better attended and publicized, the Ornithological Association has been counting the state’s waterfowl annually for roughly 70 years.

Locally, from Shinnecock Inlet to Montauk Point, seven groups of birders faced winds and temperatures that were stubbornly in the mid-30s to peer into our ponds, bays, and coves. They located 31 species of waterfowl for a total of 10,451 birds.

More than half that number, 5,303, were the familiar Canada goose.

Shai Mitra, an ornithologist at the College of State Island, and editor of the N.Y.S.O.A. quarterly The Kingbird, said there is good reason why this count takes place during the inclement month of January.

“For waterfowl in New York State, December is still migration time. Their winter populations don’t level out until January. By February, some are already headed back north,” he said by phone.

After Canada geese, the most widely reported waterfowl on the East End were mallards, at 779. Ruddy ducks had a healthy showing at 602, and 456 buffleheads were counted. Meanwhile, 434 red-breasted mergansers were found diving, and 432 green-winged teal were found dabbling.

On the other end of the spectrum, an impossibly low count of 3 common eider, 22 surf scoter, 64 black scoter, and 125 white winged scoter, seemed concerning.

However, Mr. Mitra took that news in stride. “Numbers of ducks off Montauk have been very low, but we know they go up and down. You can’t draw conclusions using data from only a couple of years,” he said.

Why do waterfowl get their own count?

First, the count helps the New York State Department of Environmental Conservation monitor the populations of these birds.

“Waterfowl were regarded as one of the more visible aspects of wildlife, and because they’re hunted, there was a larger stakeholder sense of their populations,” said Mr. Mitra.

“From the late-1800s into the early-1900s there was a real dark era in conservation,” he said. For decades, state legis latures and the federal government had to fight to try and stop the unregulated destruction of wildlife.

In 1914, the passenger pigeon, one of the most numerous birds of the 1800s, went extinct, and there was finally the political will to pass the Migratory Bird Treaty Act of 1918, which protected almost all of our waterfowl.

One familiar denizen of our waters, the mute swan, is not protected because it is a nonnative species.

The New York State Ornithological Association started in the late 1940s to group all the Audubon chapters and local bird clubs in the state under one umbrella. “In that era local bird clubs were a real feature of the landscape,” said Mr. Mitra, saying there were perhaps 70 such clubs. Many birding clubs still exist, but he explained that gradually individual membership has become more common.

Mr. Mitra said that it is difficult to pull trends from the data because they are often heavily influenced by the weather and participation levels, but that “The increase in a wintering goose population is obvious. Fifty years ago, Canada geese would pass through in November, but wouldn’t be abundant in the middle of the winter,” he said.

Many trends were more subtle. Because it is a statewide count (the Ornithological Association breaks the state into 10 regions. Long Island is in region 10), different regions may note different trends.

“It’s difficult to disentangle or distinguish overall global populations versus their ability to use the resources in a particular area,” he said.

The fact that we’re seeing fewer redhead ducks on Long Island, for example, may not necessarily mean their population is in trouble. Instead, it could mean the habitats provided here for those ducks is no longer suitable. Maybe more food has become available elsewhere. Perhaps the invasive zebra mussel has taken over a large lake upstate. While invasive, zebra mussels are eaten by redhead and lesser scaup, among other ducks.

It is complex, but one other trend sticks out for Mr. Mitra.

“I’ve seen a deterioration in local quality of winter habitat on Long Island,” he said. “There are still ponds that are ‘good’ but there are very few places that have gotten better, and many have become worse. Hook Pond used to be one of the best waterfowl ponds, and now it’s nothing.”

Frank Quevedo, the executive director for the South Fork Natural History Museum, compiled the results for the East End. “Besides being an enjoyable outing, it’s an absolute delight to work with other dedicated birders to count waterfowl species in one of the most beautiful places on earth,” he said.

Which highlights perhaps another reason people count waterfowl. It’s a nice way to get outside in January and see some entertaining, colorful, and highly visible birds.