Love it or hate it, hunting season is underway; here’s what to know 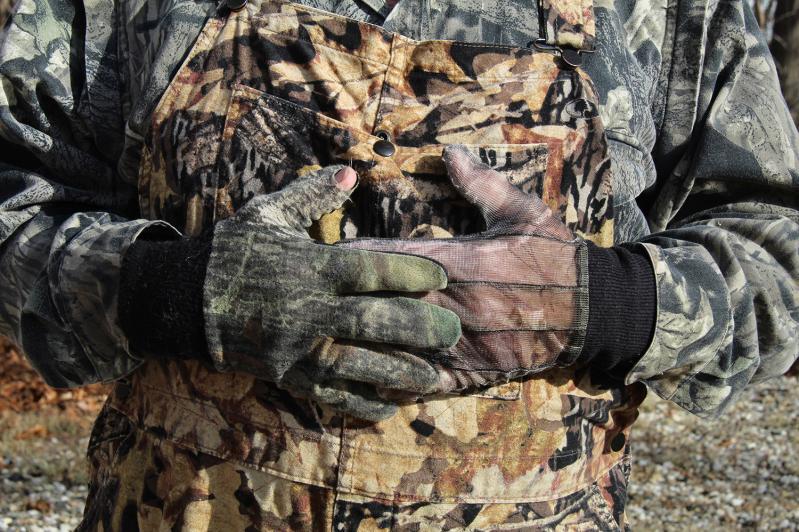 For many hunters, there’s a nostalgia attached to the pursuit. It reminds them of weekends going out with their fathers, or of older, better times: being up at dawn, groups of friends, campfires.
Durell Godfrey Photos
By Christopher Gangemi

It’s difficult to ignore the sound of shotguns on the East End in January. “What’s going on?” you may ask. Has the revolution begun? Is this legal?

Indeed, it is. Until Monday, it’s shotgun hunting season in Suffolk County.

Hunting “is a tradition that dates back to the middle 1600s when the area was first settled,” says the Town of East Hampton Hunting Guide. (Indigneous people have hunted on Long Island for about 13,000 years.)

Back then, it was a means of survival. Now, it’s a sport, and a popular one. According to the New York State Department of Environmental Conservation, across the State of New York in 2020, over a quarter of a million deer were harvested by hunters. It sounds like a lot, but the state is home to an estimated 1.2 million deer.

A United States Department of Agriculture deer management report published in 2014 says that there were an estimated 51 deer per square mile in East Hampton Town in 2006. The optimal number per square mile to allow forests to recover undergrowth is 20, according to the U.S.D.A.

Because hunting is inherently dangerous, hunters must abide by a list of overlapping laws from the federal to the town levels of government, enforced by state conservation officers. Waterfowl, since they’re migratory birds, also fall under the purview of the United States Fish and Wildlife Service regulations. When a hunter breaks a law and is caught, it can be big news that sets the whole law-abiding hunting community back. For example, a recent discharge of a shotgun in Quogue, close enough, ironically, to hit the wildlife rehabilitation center, created an uproar.

“The incident was a catastrophe,” said Terry O’Riordan, a director of the nonprofit East Hampton Sportsmen’s Alliance. “That shooter is lucky he didn’t kill a human being. Once you pull the trigger, you can’t put the bullet back in the gun.”

There are specific rules that prohibit hunting close to public highways, within close distances of schools, playgrounds, or churches, and within 500 feet of a residence. Hunting with a rifle or crossbow is not permitted at any time in Suffolk County.

Deer hunters must join a lottery to receive a specific property and period of time when they may hunt. This year, according to the East Hampton town clerk, 79 hunters joined the lottery.

Properties are chosen for hunting based on size and whether the habitat is appropriate. Setbacks from surrounding houses for gun or bow hunting must be met. Andrew Gaites, East Hampton Town’s principal environmental analyst and its deer management coordinator, said if a piece of land is proposed as a hunting ground, “those properties are brought to a public hearing and then the town board adopts them into the town code to make them allowable for hunting.”

Hunting grounds come and go, said Mr. Gaites. Sometimes through a petition process and sometimes because a new house is built that creates setback issues. Residents can petition to have lands removed if they believe there’s a parcel where hunting shouldn’t be allowed.

The two largest parcels in the town where no hunting occurs are both state parks in Montauk: Camp Hero and Shadmoor.

“Each of our properties is posted on the boundaries with caution signs,” said Mr. Gaites. “So, people are aware there may be hunting. But I always tell people to wear bright colors in the woods.”

In general, sunrise to sunset is legal hunting time. However, hours are specific to the species. Believe it or not, someone could potentially be in the woods with a shotgun hunting nocturnal animals like raccoons after dark. “In our area,” said Mr. Gaites, “there’s a lot more opportunity for bow hunting for deer. So that’s the primary type of hunting that goes on here.”

Most of the hunters interviewed for this article were brought up hunting. There was a nostalgia attached to it. It reminded them of weekends going out with their fathers, or of older, better times: woodlands in the Catskills, being up at dawn, groups of friends, camping, campfires. “It’s embedded in our culture,” Mr. Grimes said.

Mr. O’Riordan was an exception to that rule. Friends in the Amagansett Fire Department introduced him to the sport. “Some urbanites look at a hunter as a flea infested, gap-toothed, loincloth-wearing barbarian,” he says, half-jokingly. “But, we’re not a bunch of beer swilling, card playing numbskulls. I’m an educated person. Look, hunting is not for everyone, but it keeps me connected with my environment,” he said. “We don’t take animals that aren’t going to be used.”

“Hunting and eating what you hunt brings people very close to their food in a way that farm to table people should appreciate,” said Jameson Ellis, a Sag Harbor artist and hunter. “Eating a deer hunted from your town parklands is about as free range, local, and organic as you can get,” he said.

“Plus,” he said, “there’s a public service element to hunting deer.”

Where conflicts over hunting often arise is the issue of doing so on private lands without permission. Alexander Peters, who lives in the Stony Hill section of Amagansett, and some of his neighbors have been dealing with this issue for years, but it seems to be particularly conspicuous in recent months. He said a herd “of at least 50 beautiful deer” has been “completely poached out.”

“There is nothing left — it’s unbelievable. This beautiful part of the Stony Hill ecosystem — I hope they’ll come back, but I’ve never seen it like this.”

Mr. Peters has seen deer carcasses dumped on the side of the road, decapitated, and has documented tree stands that remained in place for months, whereas town code only permits temporary ones. On Dec. 5 at around 3:30 p.m., he called town police to report five hunters on his property as well as the property of his neighbor Mary Stone — about 46 contiguous acres. Police interviewed them, learning that they were from Hampton Bays, Southampton, and Mastic Beach; the report does not say whether they were carrying valid town hunting licenses, but it does indicate that police found an empty bag of corn nearby. It is not legal to use corn to attract deer, but the hunters denied they had been doing so and claimed they had permission to hunt on those properties. Mr. Peters said he and his neighbors had not given the okay.

“There’s nothing wrong with hunting on legal public lands with an East Hampton Town hunting license,” Mr. Peters said. “There’s plenty of room for that, but to come in, 20 to 30 yards from people’s houses, to get up on these platforms, it’s despicable. It’s one thing if some local boy from Springs is out there with a bow and arrow, but guys being trucked in to poach our deer from Hampton Bays? No, that’s not okay.”

“The animals were here before us, and we’re moving in and wiping them out,” Mr. Peters said. “Our excuse for killing them now is that they’re eating the landscaping we put up? If you put in trees and bushes, how can you expect them not to do that?”

“Personally, I think we have too many deer,” Mr. Gaites said. “There are too many car collisions and there has been a significant impact on the vegetation from deer browse.”

In North Haven Village, “In 2021 we had 10 deer strikes,” said Eileen Tuohy, the village clerk. Most of those occurred along the stretch of 114 from the traffic circle to the South Ferry. In the 2020-21 hunting season, she said, 115 deer were taken by hunters.

“Deer breed in excess of the land’s ability to carry them,” explained Mr. Grimes. “There are no natural predators for a deer. In the absence of a predator, the population builds. Hunting manages the population down a bit.”

“Ultimately, you want fewer deer that can live well and thrive,” he said.

Mr. Gaites didn’t have handy data on the number of deer harvested in the last couple of years, but in 2018, 466 deer were taken from the town. In 2019, 512 were harvested. Those numbers do not include deer taken by nuisance permit.

“Nuisance hunting is solid, and makes sense,” said Marilee Foster, a Sagaponack farmer, “but the way the D.E.C. manages it is a bureaucratic nightmare.” For a farmer, the idea of nuisance hunting, which only takes place outside of the regular hunting season, is that “you’re only hunting to protect your crops,” she said.

She still remembers when the first deer showed up in Sagaponack. “A little fawn showed up in Peter Matthiessen’s backyard. People were so happy. ‘Oh look, they thought, nature has not been plundered!’ “ She now understands, however, that sometimes a nuisance hunt is the only thing that will prevent a failed crop. “We stopped raising field corn because the deer annihilate it,” she said, but to have a nuisance hunter is “never a happy thing.”

—
With Reporting by Christine Sampson