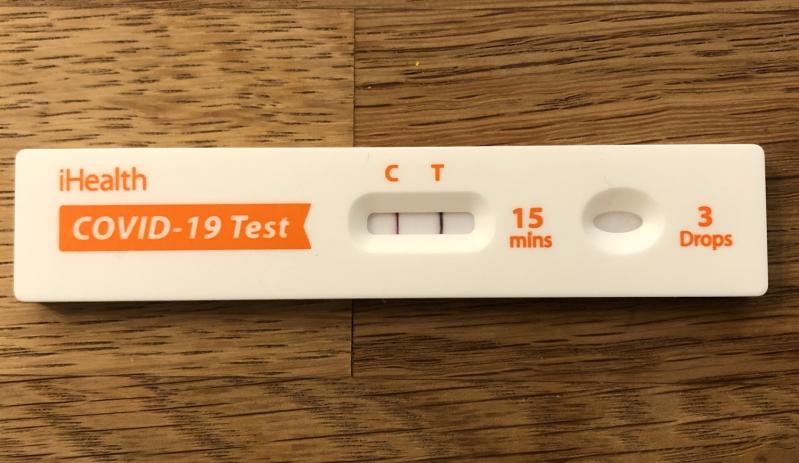 A sense of normalcy had largely returned to the South Fork by Memorial Day weekend, but testing for Covid-19 at the East Hampton Town site run by CareONE Concierge continued to reveal persistently high positive rates of infection. At the same time, highly contagious subvariants of the Omicron variant mean a growing number of people have endured, or will experience, multiple infections.

Despite a high rate of vaccination, Covid-19 has proven an unrelenting and evolving threat to public health across New York State and the United States. The Omicron variant of the virus is more transmissible than previous variants, and its subvariants continue that trend, demonstrating that they are even more contagious. Twenty-six New Yorkers died of Covid-19 on Monday, while the country as a whole saw 368 deaths.

Even those who were infected with the Covid-19 variants and subvariants circulating now should not expect long-lasting immunity, said Sean Clouston, an associate professor of public health at Stony Brook University. “The prevailing thought is they’re going to provide you with some protection for a while,” he said, possibly depending on the particular variant.

Prior to the emergence of the Omicron variant, post-infection immunity lasted longer, he said. “We were hoping that there would be a persistent immunity. But these Omicron [variants] don’t seem to generate that same antibody response, and it wanes quicker.” The variants’ “innovation,” he said, “is that they can infect people who already have antibodies. If you got Delta or the original [virus], they can avoid those antibodies as early as any vaccine-generated ones.” A person could be infected with the Omicron B.1 variant and then the B.2 variant “in pretty short order,” he said. “We’re not seeing the same antibody response as we had hoped.”

The federal Centers for Disease Control and Prevention reported last month that the BA.2.12.1 subvariant was quickly increasing as a percentage of those in circulation. It has been “slowly spreading throughout the U.S.,” Mr. Clouston said. The original Omicron subvariant, BA.1, is returning, he said, and the subvariants BA.4 and BA.5 “are coming from South Africa at some point,” presenting the likelihood of yet another surge in infection.

Between May 22 and Saturday, 46 people were tested at the CareONE site, with nine found to be infected with the virus that has now killed more than one million Americans, a positive rate of 19.6 percent. The sample follows a positive rate of 11.1 percent in the previous week, when five of 45 people tested positive.

There were three patients with Covid-19 infection at Stony Brook Southampton Hospital as of Tuesday. “Our Covid patients have been consistently in the low and mid-single digits for several weeks,” a communications official at the hospital said on Friday, “and have been typically admitted for other conditions and then tested positive.”

There were 65 patients with Covid-19 at Stony Brook University Hospital as of Tuesday, up from 59 on May 23. Also as of Tuesday, there were four Covid-19 patients at Eastern Long Island Hospital in Greenport, consistent with the two prior weeks.

The CareONE Concierge testing site, at the former Child Development Center of the Hamptons on Stephen Hand’s Path in Wainscott, is open on Wednesday and Friday. A plan to shutter the site on April 1, after the volume of residents coming to be tested had fallen to fewer than 25 per week, was reversed following an uptick in transmission. Concerns about the virus’s BA.2 subvariant and the April school break also sparked renewed demand for tests.

Jonathan Katz, CareONE Concierge’s chief operating officer, described a “wait and see” approach to the site’s continued operation on Tuesday. “Part of the premise was that, as the population increases for the holiday season, there might be some more demand on the services, especially with social activities and everything. We are playing it by ear.”

Mr. Katz said that “we’re anticipating, based on what people are saying, that the end of June to July could see an uptick in positive cases.” CareONE will try to keep the testing site open “until there’s clarity around what direction this is all heading.” But there is uncertainty as to how long insurance companies will continue to pay for testing, he said. “We’re also seeing a lot of people test at home and self-report.”

Unlike last year, “lots of cases are rolling around the schools,” Mr. Clouston said, “because they’re unmasked, and everybody’s inside, close together, cloistered in classrooms.” It is especially important to be careful “if you’re mixing your kids with their grandparents,” he said. Children who live with a vulnerable person “should be masking at school.”

A waning of new Covid-19 transmission could coincide with the conclusion of the school year, he said. “As long as schools are playing a role in this, we’re going to have higher rates.” But once schools reopen in September, “there will be a different mix of variants, and we should see more.”