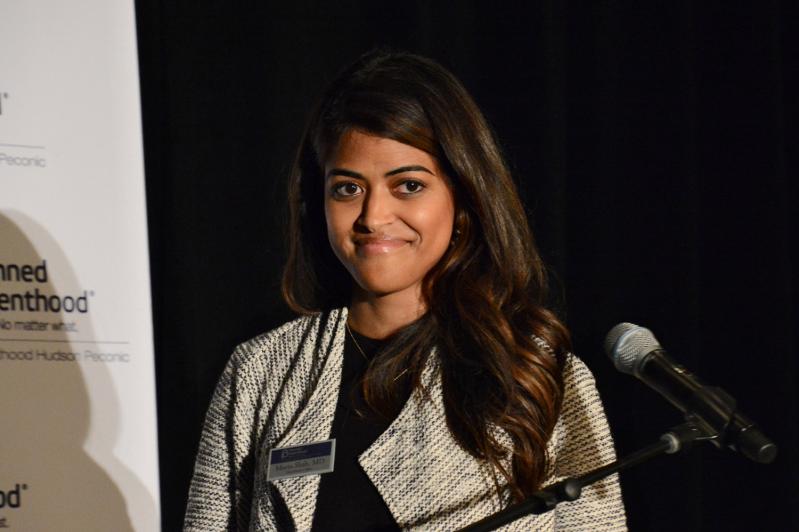 The sliding doors of women's reproductive rights in the United States appear to be closing, with the Supreme Court poised to overturn Roe v. Wade, making the prospect of abortion becoming illegal, at least in some states (for now), more likely than at any point since 1973.

Wearing a sweatshirt with "1973" written across it in large type, Dr. Meera Shah, the chief medical officer for Planned Parenthood in the Hudson Peconic region, spoke over Zoom this week about her work as an abortion provider, the epic struggle facing her organization, and its fund-raiser in Bridgehampton on June 4, at which she will be a featured speaker. Also featured that evening will be Alexis McGill Johnson, the president and C.E.O. of Planned Parenthood Federation of America. This will clearly be no ordinary event.

"We've been gearing up for the fall of Roe for some time now," Dr. Shah said. "We knew the writing was on the wall. But even though we knew it was coming, and that it would not be in favor of abortion access, it didn't make it any easier to read the contents of that [leaked] draft opinion. What we're expecting is that 26 states will ban abortion."

Of those 26, she continued, 13 have trigger bans in place. If Roe is indeed overturned, the new ruling will be "triggered" in those states, and will take effect either automatically or by quick state action.

What this all means, according to Dr. Shah, and why there's so much riding on the June 4 fund-raiser, is that New York State will see an influx of women from out of state, seeking care. "We saw that after SB-8 was passed in Texas in 2021," she said, referring to a controversial law that banned almost all abortions in Texas after about six weeks of pregnancy, even in cases of rape, sexual abuse, or incest. "So what we're really trying to do is prepare for this uptick in patients here in New York."

Sadly, as she pointed out, any ban on abortion rights will primarily impact people of color and those in low-income households — i.e., people who don't have the means to travel.

"Abortion is so common. One out of four people have an abortion before the age of 45 in this country. And to have to fly for that care is so unethical," Dr. Shah said.

For a large part of the nation, abortion is simply not accessible -- logistically, financially, or politically. Several states have only one remaining clinic, meaning women must travel extreme distances to access services. Other states impose restrictive measures such as waiting limits, invasive medical tests, and mandatory counseling. One such state is Indiana, where Dr. Shah is the medical director of the Whole Women's Health Clinic in South Bend, and where she travels once a month to provide abortion care.

An animated, impassioned speaker, it's hardly surprising that she is the national medical spokesperson of the Planned Parenthood Federation of America. Born in South Carolina, of Indian descent, she studied at George Washington University and Columbia University, before practicing sexual reproductive health care in New York. In addition to abortion care at Planned Parenthood, she also provides transgenic care for transgender and gender non-binary people; prenatal care, and sexual and reproductive health care for anyone on the gender spectrum. Additionally, she is the author of "You're the Only One I've Told: The Stories Behind Abortion," published in 2020 and featuring personal accounts that Dr. Shah hopes will evoke empathy, motivate advocacy, and amplify the conversation about reproductive rights.

She would also like to see more talk, more openly, about sex and about consent. There's too much shame and stigma around sex, she said, so misinformation spreads easily. "We also need to just say the word 'abortion' more openly. People cower when they say it. People recoil when they hear it. But abortion is not a bad word. I see firsthand, every day, how abortion care can really impact somebody's life in such a positive way."

The reality is that 61 percent of Americans don't want Roe to be overturned, according to a Washington Post-ABC News poll. Many pundits have therefore said that for abortion rights to be restored, the groups fighting for them must mount the same systematic and sustained campaign that the anti-abortion side has done.

Dr. Shah seems ready. And she has a message for those unable to attend the upcoming event in Bridgehampton. "You should be mad, you should be scared. You should speak out and donate to organizations. And go to the polls and vote. Honestly, what's happening is so scary, and it will harm the lives of so many people."

Tickets and more information can be found on the Planned Parenthood Hudson Peconic website, pphp.org/EastEndBenefit2022.