By most measures, December was the worst month of the pandemic so far. 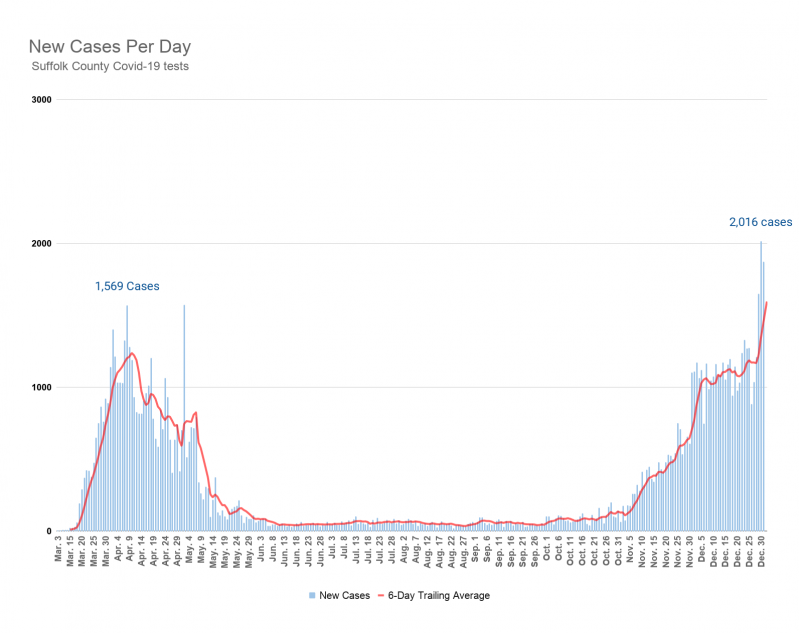 Back in the early fall, New Yorkers who had experienced the deadly first surge of Covid-19 might have felt a sense of relief that the soaring numbers then ravaging other parts of the country were not mirrored in the Northeast. If some people might have even felt a little smug that the virus was pounding the "red" states, the month of December brought a sharp end to any false sense of security.

By most measures, Suffolk County had its worst month of the pandemic so far in December. New cases per day were above 1,000 on 27 days, and hit a new high of just over 2,000 on Dec. 30. The total cumulative Covid-19 cases increased by 50 percent in the five East End towns during December. 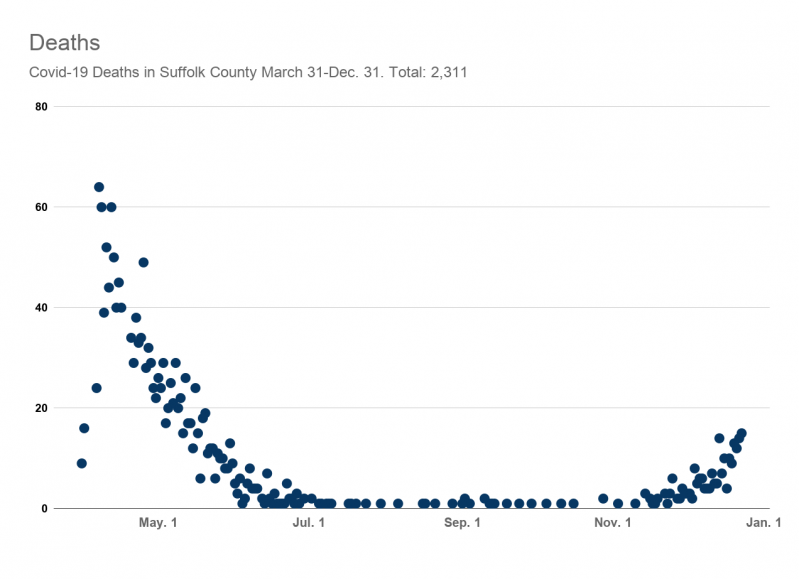 The 27 days in December when new cases exceeded 1,000 were almost twice the 13 days above 1,000 during April. This provides a picture of a much widened and protracted spread of the virus.

Deaths, which had fallen to less than one a day on average during the summer, began to rise more sharply last month. In all, 255 Suffolk residents died in December, according to the New York Department of Health. Still, this was nowhere near the 886 Suffolk residents who died from the disease during April, when the virus raged through senior citizens homes and other group living locations, and patients arrived at hospitals faster than they could be admitted for care. Better understanding of treatment among medical professionals has boosted the survival rate as well.

“We are preparing for the possibility of a post-holidays surge. While vaccinations are being administered to front-line workers, it will take time before the general population is vaccinated. Therefore, we need to remain vigilant about adhering to basic Covid protocols," Dr. Weinbaum said. 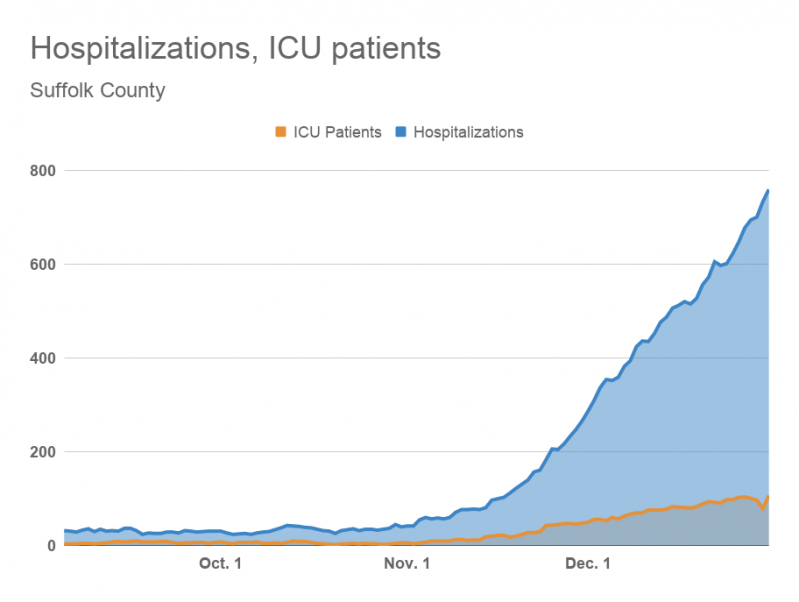 East Hampton Town gained about 300 cases during December, reaching 825 cases on the last day of the month. Southampton Town went from 1,884 to 2,784 cases. Southold had 869 cases at the end of the month, up from 581, and Shelter Island Town gained 8 cases for a year-end total of 26.

For the county as a whole, cases rose from 62,665 to 97,931. Statistics for the first days of January have not been released.