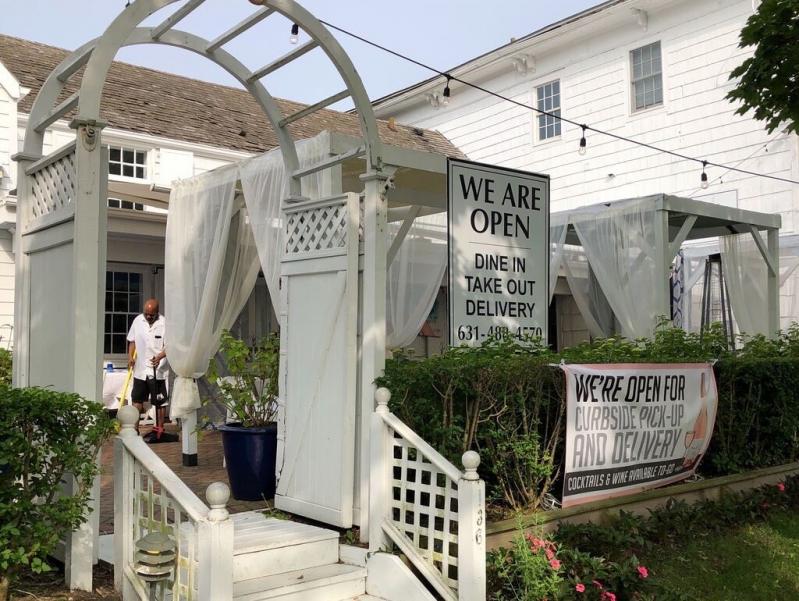 For the second time in a week, the New York State Liquor Authority has suspended the license of a Southampton Village restaurant and bar after numerous violations of coronavirus-related regulations were observed.

Blu Mar, at 136 Main Street, was visited by a multi-agency task force and officers with the Suffolk County Sheriff's Department on Aug. 22 around 6 p.m. According to a statement from Gov. Andrew M. Cuomo’s office on Saturday, a line of people waiting to enter the establishment ignored social distancing, as 11 patrons stood and drank on the patio.

Investigators returned around one hour later and documented several patrons standing around the bar. “Multiple patrons and staff were observed throughout the night without facial coverings,” according to the statement. Also on Aug. 22, an 18-year-old agent was able to purchase alcohol on two separate occasions without being asked for identification. The legal age to purchase alcohol is 21.

Like 75 Main, which lost its liquor license on Aug. 23 after multiple violations were observed on the previous evening, Blu Mar is a repeat offender, according to the governor’s office.

The County Sheriff's Department found the restaurant operating as a nightclub on Aug. 16, with a D.J.; patrons dancing, not wearing facial coverings, and ignoring social distancing, and an exotic entertainer dancing on top of the bar, in violation of the establishment's license, which does not permit adult entertainment.

A call to the restaurant seeking comment was not immediately returned. A call to Zach Erdem, an owner of Blu Mar as well as 75 Main, went to voice mail; the mailbox is full and cannot accept additional messages.

Blu Mar is one of six establishments in the state to lose its liquor license in recent S.L.A. actions, according to Saturday’s announcement. Another is in Nassau County, three are in Brooklyn, and one is upstate. The task force conducted 5,981 compliance checks between Monday and Friday, documenting 35 violations on Long Island and in New York City. A total of 168 businesses have had their liquor license suspended during the coronavirus pandemic.

"New Yorkers' hard work is paying off, with the state maintaining an infection rate of less than 1 percent for over three weeks straight,” Governor Cuomo said in the statement issued by his office, “but we must remain vigilant and continue to follow the guidelines that got us here or risk backsliding. Compliance in higher-risk industries like bars and restaurants has been key to achieving this progress, and as today's suspensions show, the state will hold bad actors who put public health in danger accountable. The vast majority of bar owners continue to take this public health emergency seriously, but my message to the small number who openly flout the rules is simple: we will not tolerate you putting yourselves, your customers, your employees, your neighbors, and our reopening at risk."