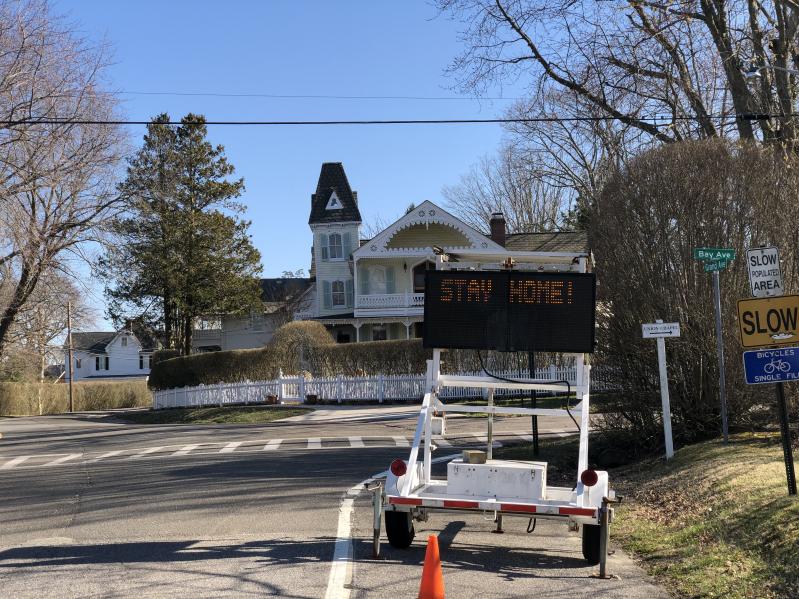 The message is simple, no matter what hamlet on the South Fork you live in: Stay home.
Carissa Katz
By Jamie Bufalino

East Hampton Village has its third confirmed case of COVID-19, Mayor Richard Lawler announced in a statement on Thursday, and there are now 2,735 confirmed cases countywide, Suffolk County Executive Steve Bellone said in his daily update on the crisis.

Mr. Bellone reported that there have been two more deaths from the virus, bringing the fatalities in the county to 22. The deceased were both men, and both in their 80s. One had been a resident at the Peconic Landing retirement community in Greenport, which has been the site of several infections.

The rate of hospitalizations has increased rapidly in the past two days, Mr. Bellone said. At present 287 people are hospitalized, up from 163 on Tuesday, and 103 are in intensive care units, up from 50.

No details were provided on the new patient in East Hampton Village. In an effort to reduce the risk of further infections, Mr. Lawler urged residents who have recently arrived from New York City, the current epicenter of the national outbreak, to self-quarantine for 14 days.

Mr. Lawler said his directive was based on guidance from Dr. Deborah Birx, a member of the White House's coronavirus task force, who said on Tuesday that a surge in infections on Long Island may be traced to those coming from New York City.

On Thursday Mr. Bellone said a travel ban would not be imposed, because Gov. Andrew M. Cuomo was not in favor of it. Those visiting from New York City should take the necessary precautions to reduce the risk of transmissions, he said.