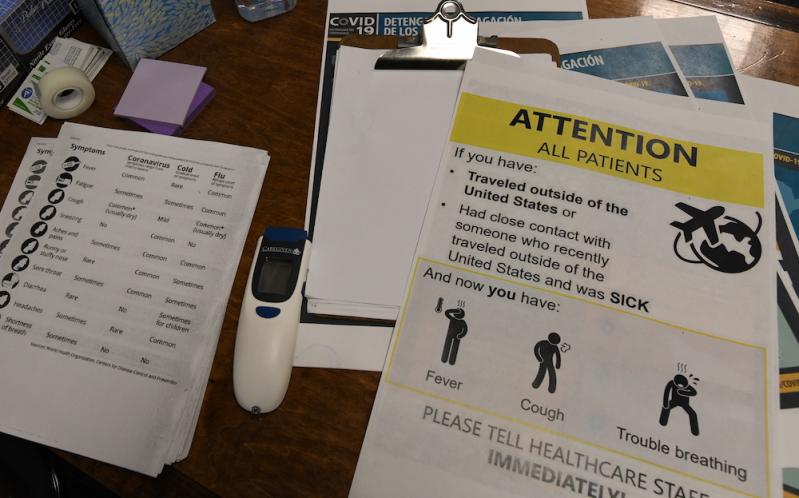 As more people are tested for COVID-19, it is expected that the number of positive cases will rise.
Doug Kuntz
By Carissa Katz

She is "under mandatory quarantine and being monitored by the Health Department, which is conducting an ongoing investigation," according to the town.

The Suffolk County Health Department confirmed the case late Thursday afternoon. The woman was one of 21 county residents to test positive for the virus as of then. Like the other Suffolk residents, she had not traveled outside of the country but was believed to have contracted the virus through community transmission. The number of cases in Southold Town had risen to nine by late Thursday afternoon.

Officials from East Hampton Town and Sag Harbor and East Hampton Villages, along with emergency responders and school officials, have urged town residents to "limit their person-to-person contact in an effort to slow the spread of the coronavirus," according to an advisory from the town late Thursday. People have been urged to "practice social distancing" and to cancel group meetings and gatherings.

"More cases of the coronavirus are expected," the town said.

The town closed its senior citizens center in East Hampton and suspended programs and activities for older residents earlier this week, and organizations across the Island are closing, canceling programs, or opening for limited hours.

Schools have also begun to close in an effort to contain the spread of the virus. The Sag Harbor School District is closed through March 22 and the Amagansett School through March 29. The East Hampton School District will be open for classes on Friday but will close on Monday and Tuesday. The Springs School will also close on Monday and Tuesday.
--
Correction: A typo in the original version of this story led to a misstatement about how the woman in East Hampton is believed to have contracted the virus. It was not believed to be from travel but from community transmission.