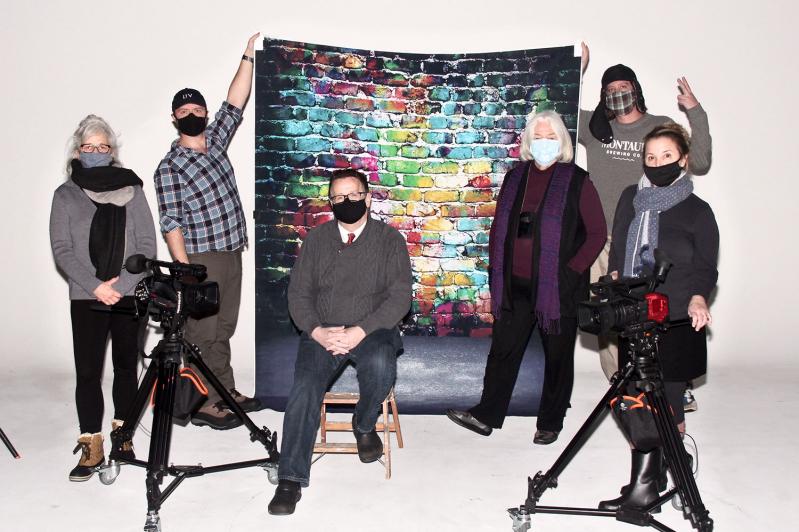 Realization of the gravity of the coronavirus pandemic happened slowly, and then quickly. Amid a public health emergency, media organizations had to adapt swiftly to new methodologies if they were to continue to inform the public.

The government meetings of East Hampton Town and Village abruptly migrated from municipal buildings to remote video conference, and LTV, East Hampton's public access channel, was instrumental in hosting those meetings and virtually connecting the public to elected representatives.

The technical challenge was considerable, said Michael Clark, executive director. "Jason Nower gets all the credit for that," he said of LTV's chief broadcast engineer. "I had to put my faith in him" to understand and implement government meetings "that would meet criteria put forth by New York State."

LTV also launched a live news broadcast, "Facts @ Five," co-anchored by Mr. Clark and Morgan Vaughan, a technical consultant. The program features interviews with town, village, and county officials, among other members of the community.

"We came up with that idea to give the general public as much local information as we could," Mr. Clark said earlier this year, "because we could see on social media that there was a lot of bad information out there. We wanted to give only sourced information, stuff we knew was safe," including from the town's newspapers and the state, county, and town websites. He recalled hosting the fledgling show as "flying by the seat of my pants -- I'm not a newscaster!"

And when it rains, it pours: Mr. Clark, who had taken the helm at LTV just months earlier, had a stroke on March 31 (he has made a full recovery). "Morgan and Jason just picked up my portion and kept it all running until I was well enough to come back," he said. "That was huge."

Every member of LTV's lean staff, many working remotely, are among those who went above and beyond. In addition to Mr. Clark, Mr. Nower, and Ms. Vaughan are the programming director, Patrice Jacobsen ("We wouldn't survive without her," Mr. Clark said), Angela LaGreca, creative director, Ellen Watson, operations manager, Mike Tremblay, Jody Gambino, Matt Chapman, Reilly Rose, and Mike Lavin, videographers, and Genie Henderson, archive curator.

LTV has not only been an invaluable resource of information and entertainment, it has also grown during this challenging year. Its Wainscott headquarters started the year with two studios and will end with five, including a podcasting studio and a performance space featuring a donated baby grand piano.

"It clearly was a team effort." Mr. Clark said.