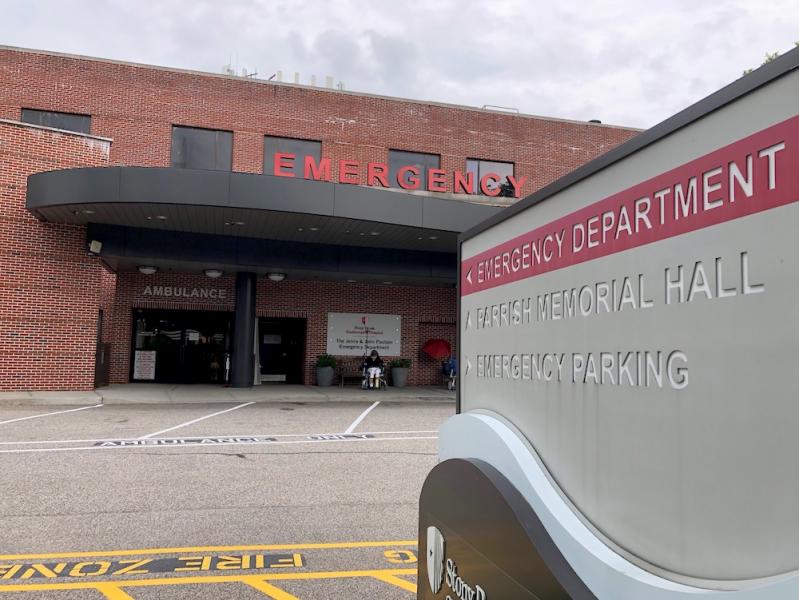 One point of information included in a press conference by Gov. Andrew M. Cuomo on Monday may come as a surprise to many in East Hampton: The Covid-19 positive test rate here, measured as the percentage of new infections out of the total tests administered, was 4.41 percent that day.

That number was less than .2 percent away from the average daily rate in Riverhead, which, at 4.6 percent, was declared a yellow focus zone on Monday by Governor Cuomo. Yellow zones are communities where Covid-19 micro-clusters arise, triggering more state-mandated restrictions on social activities, dining, houses of worship, and schools. Hampton Bays, with a rate of 5.13 percent, was also deemed a yellow zone.

"The first I heard about it, honestly, was when I was on a call with both the state and the county today and there was some discussion about it," East Hampton Town Supervisor Peter Van Scoyoc said in a phone interview on Monday. "I have requested that we get more granular information in terms of how many people in East Hampton are tested, how many are positives, and to be able to get that information on a daily basis like we have the county numbers. They have the ability to do it by township, but they have not been doing it."

In yellow zones, houses of worship are limited to 50 percent capacity, mass gatherings are restricted to 25 instead of 50, and residential gatherings are limited to 10 people (this limitation is already in place in Suffolk). Restaurants must limit customers to four or fewer per table. Schools are still open but are required to test, at random, 20 percent of the students and staff over a two-week period. Businesses are still able to stay open.

"The other issue with the numbers is that I believe in terms of the numbers on the Covid tracker, the per 1,000, I think the numbers they use for the community are probably the census numbers, and we all know that our current population is not really represented in that number," Mr. Van Scoyoc said. It is "somewhere like 23,000. It's more likely we have two times as many people, if not more, residing here right now. While the numbers can be helpful, they can also be somewhat misleading." In other words, given the number of people who are actually living in the town right now, the infection rate per 1,000 people may be lower than that represented in the data.

During a press conference on Tuesday, Gareth Rhodes, the deputy superintendent of the state's Department of Financial Services, said Long Islanders can "expect to see additional zone designations" and restrictions in the coming days.

Statewide on Tuesday, the most recent day for which data were available, the Covid-19 infection rate was 2.96 percent. There were 47 deaths reported from Monday into Tuesday.

In Suffolk County, there were 501 new cases of the virus reported in the same time frame, an infection rate of 4 percent. A state database of county-by-county breakdowns indicates the seven-day average rate in Suffolk was 3.4 percent on Tuesday. A community becomes a yellow zone when that number registers between 3 and 4 percent for 10 straight days and there are 10 or more cases per 100,000 people on a seven-day average. In New York City, because of higher density, yellow zones are instituted when a particular neighborhood's average rate exceeds 2.5 percent.

Mr. Van Scoyoc said he had been told on Monday that Stony Brook Southampton Hospital had a total of eight Covid-19 patients, including one who is in intensive care, as the virus's second wave advances. Barbara Jo Howard, a hospital spokeswoman, said Tuesday that the hospital had six to eight new Covid-19 admissions over the past two weeks, and that number had risen to 13 by Wednesday.

"Since the spring, we have been prepared for the potential of a second surge and, if necessary, can very quickly double our bed count and triple our I.C.U.," she said in an email to The Star. "While we have experience, personal protective equipment, and medicines to treat the virus, the best prevention is still to follow the three rules: Wear a face mask in public (and make sure it covers your nose and mouth), maintain social distancing at all times, and wash your hands thoroughly."

Governor Cuomo said that heading into a holiday season usually characterized by increased social activity, "we are in a place now where there is a bad synergy."

"There is a sense of Covid fatigue," he said. "We're social beings, we enjoy other beings. Isolation is depressing. Covid fatigue -- 'I don't want to do this anymore,' 'There's a vaccine, it's over' -- you put that together with the fact that the cases are already on the increase and we are now coming into the high social season. . . . That is a bad combination, and it is always the combination of events that creates the major issues. This is a toxic cocktail of dynamics and facts."

Ms. Howard acknowledged the situation, saying, "This Thanksgiving, we are hoping everyone will follow the governor's guidelines and celebrate Thanksgiving with the family members with whom they reside."

The governor referenced schools as one of the safest places for children to be during the pandemic, in particular kindergarten through eighth grade. High schools and junior high schools are where infection rates start to rise, he said.

Indeed, school officials here have said children who contract Covid-19 appear not to be catching it in the school buildings themselves. That is the case even in Montauk, which closed school for two days this week after three more students and a staff member tested positive over the weekend, according to Jack Perna, the district superintendent.

All Montauk seventh and eighth graders are quarantined, along with one class of first graders, one class of fourth graders, and one class of fifth graders. "None of the spread has come from school at all yet," Mr. Perna said. "As far as I understand it, this can all be traced to where everyone's got something in common and it's not us."

The John M. Marshall Elementary School was also closed this week after a new Covid-19 case diagnosed in a fourth-grader caused "a number of students" to quarantine, according to Adam Fine, the East Hampton School District superintendent. East Hampton was up to 36 cases across its three schools this week.

At Montauk, Mr. Perna and the school nurse, Karen Theiss, found themselves making phone calls over the weekend to inform families. Teachers came to the school on Sunday to prepare for extended absences and remote learning while the children are quarantined, most through Dec. 7. Parents then picked up books and other materials.

In a letter to families on Tuesday, Richard Burns, the East Hampton School District superintendent, acknowledged that the county is faced with "a potential 'yellow zone' designation," but assured families that the East Hampton School District has "no plan to close our schools unless we are mandated to do so. . . ." Should the area be designated a yellow zone, the district is already working with Stony Brook Southampton Hospital "to determine what steps we need to take to accomplish the task of getting 20 percent of our in-person population tested."

He urged people not to travel for Thanksgiving or winter break, but said that if they do leave the state for more than 24 hours, students should remain in quarantine for 14 days. "If we discover that your family has traveled and has not notified us or remained quarantined as necessary, your child will be immediately switched to all remote learning, and will not be eligible for in-person learning for 14 days."

An earlier version of this article incorrectly reported that Stony Brook Southampton Hospital had six to eight new Covid-19 patients per day. It has since been updated to reflect the correct number.