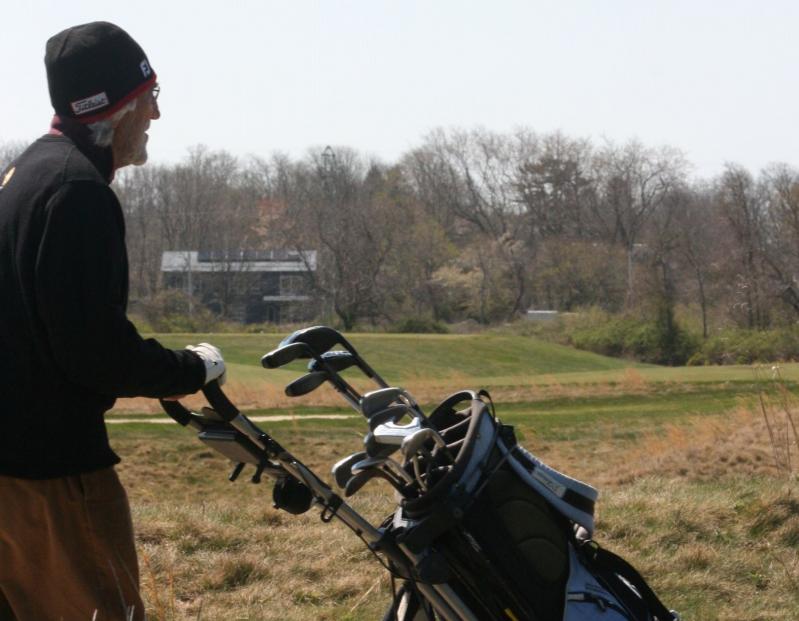 Now that private courses have been reopened, intrepid golfers are once again heading out for a brisk round.
Jack Graves
By Jack Graves

Private golf clubs -- though not public ones, which remain closed as of Sunday -- were given the green light by New York State on Friday to reopen to their members.

At the end of a Sunday Newsday article on Gov. Andrew M. Cuomo's press conference of the day before, it said, "While golf is still considered non-essential, members at private clubs on Long Island and throughout the state will be allowed to play golf again after the New York Clubs Association obtained a clarification from the state on access to courses during the COVID-19 pandemic."

Marinas too were given a similar green light " 'for personal use or operations of boats,' as long as marinas don't operate chartered watercraft or rentals."

With the reopening of private golf clubs, one wonders if tennis clubs can be far behind. Scott Rubenstein, the managing partner at the East Hampton Indoor/Outdoor Tennis Club in Wainscott, said by email on Sunday that "we're lobbying."

In a long emailed announcement to the South Fork Country Club's members on Saturday, the Amagansett club's president, Jon Grossman, and its vice president, Alex Walter, laid out numerous rules that the club's members would have to follow should they want to play the course, which was opened for play Sunday morning.

Some of those rules are:

Only members will be allowed to play, no guests. Players will have to walk, no carts will be available. Groups are not exceed four players. The practice putting and short game areas are off-limits. Social distancing and all Centers for Disease Control and Prevention coronavirus pandemic guidelines are to be observed.

Flagsticks are to remain in the holes and are not to be touched (the cups have been filled with foam plugs). Players are to smooth sand traps with their shoes -- all bunker rakes have been removed.

Players are not to handle each other's clubs, equipment, golf balls, or discarded tees. Players are "not to congregate closely on the first tee box area at one time."

Further: "When waiting for groups in front of you to tee off, please stand well off to the side of the tee and wait for the group in front of you to reach the first green before teeing off. . . . Prior to our shutdown, we had been made aware that local enforcement fielded concerns with regard to social distancing compliance and will be following up to insure that we are acting responsibly. Please just do the right things so that the availability of our course remains under our control."

With the exception of Wednesday, when it's to be opened at noon, the course will be open for play from 9 a.m. daily.

When asked why Montauk Downs, the popular state-owned public course, remained closed in light of the private clubs' reopenings, John Kernell, a Downs regular, said, "Well, private courses don't need to collect fees, they don't have to have staff. The members just go out and play."

There was a way to solve that problem, Mr. Kernell said. "You could pay online and show your smartphone with your tee time to the security guard, but they haven't got that far yet."

Sunday was, he agreed, a great day for golf, though, for him, there was nowhere, at least nowhere nearby, for him to go. Perhaps privately owned courses that are open to the public, such as Rock Hill, Spring Lake, and Pine Hills, all in Manorville, were possibilities, but, in the meanwhile, he said with a laugh, it seemed like "just another case of the one-percenters getting their way."