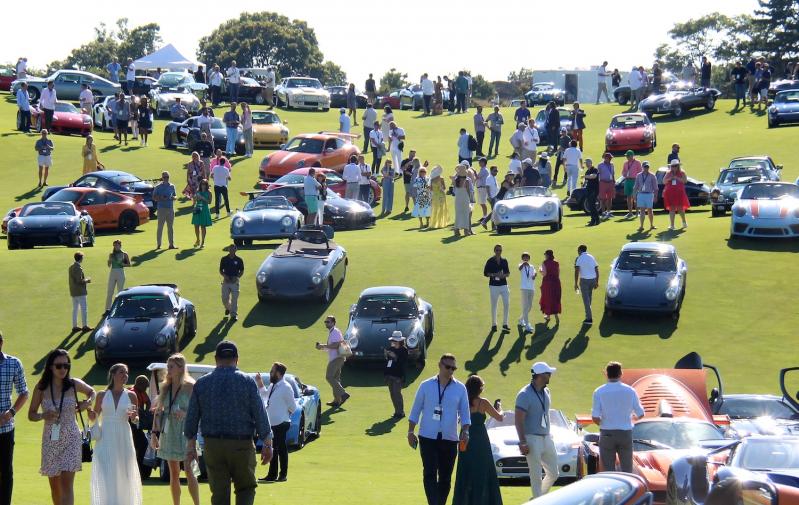 It’s the kind of real estate transaction that often flies under the radar: A high-end property never hits the market publicly but captures people’s attention once its address appears in the county’s recorded deed transfers — usually with an eye-popping price and limited-liability corporations listed as buyer, seller, or both.

Off-market real estate deals on the South Fork happen far more frequently than people may realize. They rely heavily on the kinds of social relationships forged during cocktail parties, benefits, and golf games — the happenings that make Hamptons lifestyle bloggers and real estate trackers go nuts. They are often a response to a scarcity of move-in-ready houses, and the brokers who specialize in this say their clients favor the off-market approach because there are many benefits — chief among them the privacy and speed that come with an otherwise unlisted transaction.

“By inviting a select and very qualified buyer base to have an opportunity to consider the property without the crosswinds of the open market, the exclusivity and opportunity will often lead to a faster and more seamless transaction,” said Robert Dankner, president of Prime Manhattan Residential in New York City, for whom off-market deals make up as much as 40 percent of his yearly sales volume.

Among his recent closings was an estate on Old Montauk Highway in Montauk that sold off the market for just under $24 million. The buyer had specific requests, but “after looking through everything that existed,” Mr. Dankner had to “dive deep” into his figurative Rolodex of connections. He found an owner who was contemplating selling, and the arrangement made sense.

“The buyer was not feeling ‘taken advantage of,’ and there was ease in how he was able to transact and get a premium number,” Mr. Dankner said. “That’s sort of the DNA of an off-market transaction. . . . The geography worked, the style worked — when the stars align, that’s when it happens.”

Over the last six months, he has brokered at least six such sales. In a recent report, his company concluded that off-market properties are “selling for approximately 15 percent more than they might right now on the market, because buyers want the deals closed before there’s a competitive situation.”

“It serves a purpose and exists here because what’s on the market now has kind of been languishing,” Mr. Dankner added, noting that move-in-ready houses are ripe for this kind of transaction. “The way it works is very non-scientific — it’s just a matter of finding people who are connected,” and who are ready to sell or to buy.

Cody Vichinsky, a founding partner and president of Bespoke Real Estate, a Water Mill firm that specializes in the $10 million-and-above market, said privacy was paramount. “People value discretion,” he said. “They don’t want traffic, they don’t want scrutiny, they can control the narrative. It’s not the most efficient way to sell real estate, but for the right type of person, it’s a nice alternative to listing the property.”

Among Mr. Vichinsky’s recent transactions was a $50 million, 11,000-square-foot oceanfront gem in Sagaponack, for which he represented both buyer and seller. “It’s very small, very concentrated — there’s a degree or two or three of separation between everyone,” he said. “We have a private market, literally an off-market market, for our clients to operate within.”

Bespoke’s “direct-to-client” system has now allowed it to establish a standard one-percent cap on listing commissions, “which is pretty radical for the industry,” Mr. Vichinsky said. “We can do that because we’ve streamlined and monetized the efficiencies of the brokerage model, and we can pass that back to our clients,” who, he said, deserve “the most money they possibly can get.” Most agents are “massively overcompensated” in a market that glorifies “those crazy commissions we see on TV . . . and we don’t feel that that’s right.”

Mr. Dankner commented that an off-market scenario can take a lot of risk off the table for a seller.

“Say you have a house that’s worth $10 million,” he said. “Let’s say someone comes along and says, ‘I’ll give you $9.25 million.’ The owner might think he can do better by broadcasting this on the open market, and say, ‘I want to give that a try.’ Then it sells two, three, four, five months later — but by taking that offer earlier, they are ‘de-risking’ the potential that it might not sell at all. Transact now, call it a day, perhaps forgo something better — or perhaps forgo something worse — so that you’re getting rid of the risk in between. It can be very valuable for a seller.”

An off-market sale can mean major buzz for the broker.

“Eventually, they come to light,” Mr. Vichinsky said. “Sometimes brokers can’t help themselves, either, and they want the accolades.”

Enzo Morabito, a veteran broker with the Douglas Elliman firm who has dealt in both realms, has suggested that all public listings “essentially start out off-market,” with most eventually “shifting into the marketplace.”

“It’s natural, especially on the top end,” he said. “It doesn’t happen that much on the lower end.”