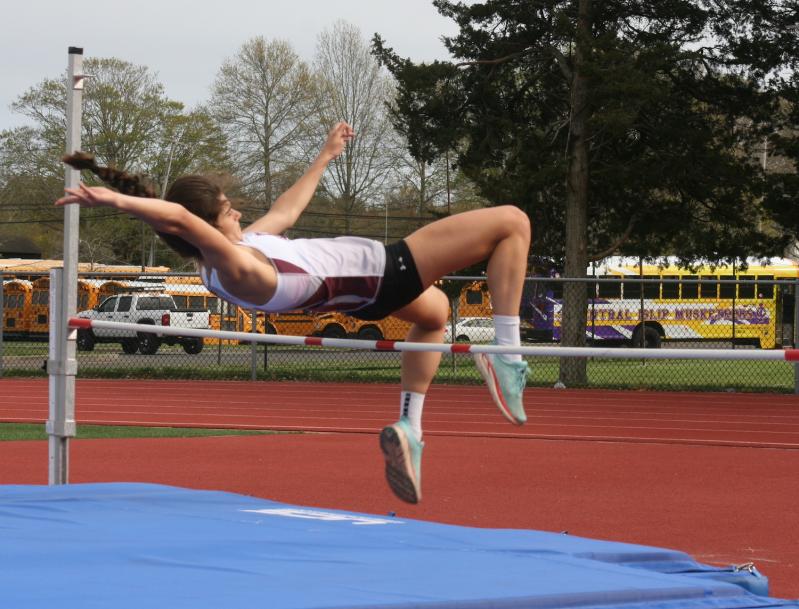 Postseason competition looms for East Hampton's girls track team, which finishes its regular season at Westhampton Beach Monday. East Hampton headed into the meet at 3-2, Westhampton at 4-1, a record that included a win over Hauppauge, which defeated East Hampton 83-66 here on Wednesday.

The 4-by-100 "was a real fun race to watch," Cuesta said. "Hauppauge's A team led by the smallest of margins when Leslie took hold of the baton. It took her a few strides to overtake Hauppauge's anchor, after which she opened up the gap to beat out their team."

Samuel's 4-by-100 teammates were Doyle, Bella Hopson, and Samantha Ruano.

Meredith Spolarich, Cashin, Emma Tepan, and O'Donnell won the 4-by-400. "When Ryleigh, our anchor, took the baton, they had a 70-or-so-meter lead. By the halfway mark, Ryleigh was right behind the Hauppauge runner. She passed her near the start of the curve and pulled away on the straightaway."

At an invitational at West Babylon High School Friday, a meet that was held under the lights, O'Donnell won the 400 in a personal best 62.25 seconds; Spolarich was second in the high jump at 4 feet 9 inches; the 4-by-400 relay team of Spolarich, Tepan, Cashin, and O'Donnell was second in a season-best 4 minutes and 33.83 seconds; Cashin was third in the 3,000 in a personal best 11:00.31, and Samuel was fourth in the long jump at 16-3.