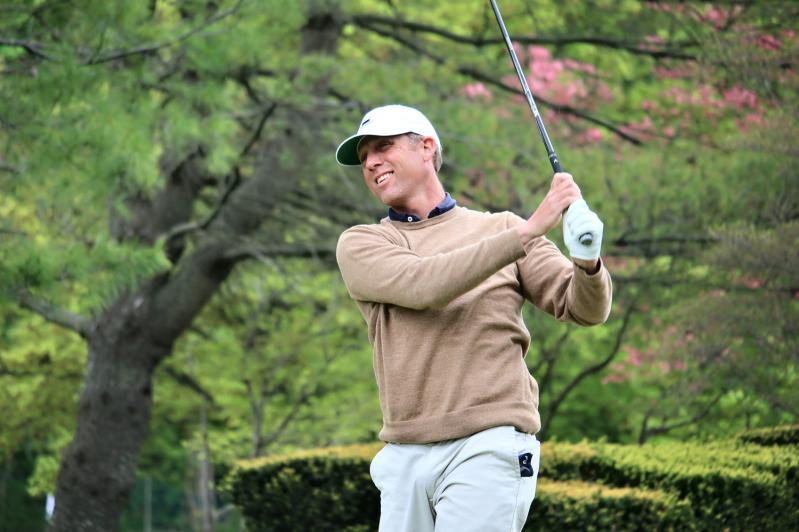 Paul Dickinson, who chased the pro tour for a decade before settling in Montauk, the home of his forebears, is to play in the P.G.A. Championship in Tulsa, Okla., next week. It’s the first time the 45-year-old Atlantic pro has qualified for a major, though he’s reached the U.S. Open sectionals a half-dozen times.
Courtesy Met PGA
By Jack Graves

Paul Dickinson, a top teaching golf professional at the Atlantic and Montauk Downs clubs here, who for a decade “chased the pro tour” before settling in Montauk — the home of his Deep Hollow Ranch Dickinson forebears — with his wife, Nicole, and their sons, Jack and Carter, realized a dream recently, qualifying, at the age of 45, for the P.G.A. Championship, which is to be played in Tulsa, Okla., next week.

Dickinson has played in a half-dozen U.S. Open sectional tournaments over the course of his career, coming closest in 2007 at the Old Oaks Country Club in Purchase, N.Y., he said the other day. He had birdied the last hole to finish at 3-under, which prompted his playing partner to tell him he’d made it. But at the scoring table he was told he had “missed [Oakmont] by one shot.”

The personable pro, who describes himself as “a consistent, solid golfer,” qualified for his first major at the P.G.A. Professional championship in Austin, Tex., last month, finishing 18th after a one-hole playoff that was contested by four hopefuls. Three hundred and 12 P.G.A. teaching pros were vying for those 20 spots.

Was he thrilled? “Absolutely. It’s very exciting. I’ve been trying for 30 years,” he said with a smile. Also, as a result of qualifying for the P.G.A. Championship, he’ll have a spot in a U.S. Open sectional tournament without having to vie first in a local qualifying tourney.

“The reason why,” said a periodic golfing partner of Dickinson’s, “could be that he’s so busy giving lessons in June. . . . The fact that he’s always giving lessons, which doesn’t give him much time to work on his game, makes his qualifying for a major even harder, makes it even more noteworthy. He should be thrilled, he has every right to be. For a P.G.A. teaching pro to qualify for the P.G.A. Championship is a great achievement.”

The Golf Channel recently did an interview with Dickinson, following him around at the Downs and at Atlantic in Bridgehampton (which was to have opened Friday). Presumably it will be televised during the course of the P.G.A. tournament, which is to be played at the Southern Hills Country Club in Tulsa.

Asked if he’d played it yet, Dickinson said he hadn’t, though he’d read about the 7,481-yard, par-71 course in a recent issue of Golf Digest. “Gil Hanse has renovated it. He’s taken some trees down and widened fairways. It’s long and strong — it’ll play hard,” he said.

He’s guaranteed two rounds of play, next Thursday and Friday, May 20. Should Dickinson make the cut — and thus be in the running for prize money — he’ll be among the remaining 70 playing on Saturday, May 21, and Sunday, May 22.

It would be a thrill, he said, to go up against the best in the world.