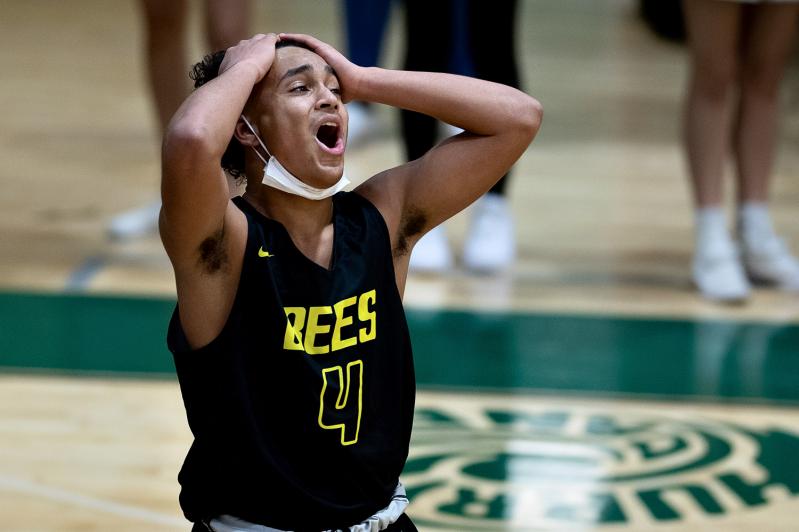 Bridgehampton High School’s young boys basketball players fought to the end against their taller Chapel Field Christian School counterparts in a state regional semifinal game played at Westhampton Beach Tuesday, a game that the Killer Bees ultimately lost by a score of 56-47.

That the Lions pretty much controlled the boards, availing them of second and third shots at times, and made six of eight free throws in crunch time, made the difference.

The Bees trailed by 9 points after the first quarter and by 6 at the half. Chapel Field, of Orange County, led by 16 with a little more than three minutes to play in the third, but then the Bees, to the delight of their fans, went on a 10-2 run. Alex Davis and Jai Feaster, the team’s eighth-grade guards, made baskets, and Kris Vinski made all three free throws awarded him after being fouled in going for a 3-pointer. He capped the run, just before the buzzer sounded, with a 3-pointer that cut the Lions’ lead to 35-27.

Ron White’s charges, led by Davis, who was to score 12 points in the final period, pulled to within 5 twice in the last quarter, but could not quite get over the hump. They were applauded as they walked off the floor.

Jai Feaster, who fouled out in the final minutes, finished with 18 points, Davis had 16, Kris Vinski 6, Scott Vinski 5, and Mikhail Feaster 2.

A Conference for Young People to Create Solutions
Get Outside, Get Moving
Two Traditions, One Fair in Springs
END_OF_DOCUMENT_TOKEN_TO_BE_REPLACED