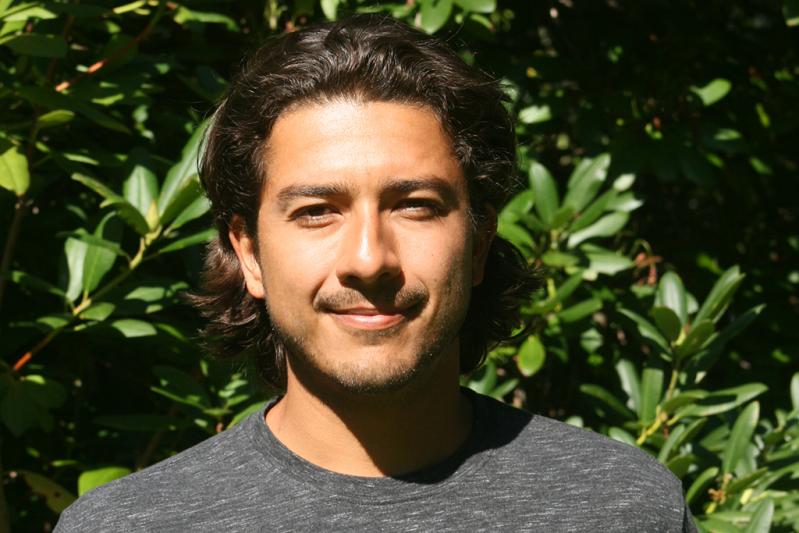 An action sport athlete until he was severely injured, Mike Mata is working toward a master's degree in sport and performance psychology at the University of Denver.
Jack Graves
By Jack Graves

Mike Mata had planned to play football, baseball, and tennis at East Hampton High School, and possibly in college, but all that changed when in his early teenage years he suffered two serious injuries while dirt-bike racing, the second of which necessitated a 30-day hospital stay, during which he had plenty of time to think.

"It's an unforgiving sport," the tall, dark-haired 25-year-old University of Denver sports psychology graduate student said this week. "In the first accident, when I was 13, I shattered my fibula and tibia, and in the second, a year later, I broke my left foot, which they recreated with skin and bone grafts. . . . I underwent eight reconstructive surgeries."

His sidelining — he spent a lot of time in a wheelchair and on crutches — led him to reflect. His parents, George and Tracey, who had always encouraged him to do what he loved to do, had by this time gotten rid of their son's dirt bike.

He was initially despondent. But luckily for him, said Mata, his family and friends' unfailing support, coupled with "something within that wouldn't accept anything less than what I believed I could achieve," proved, in retrospect, to be transformational, for the injuries he'd incurred in an action sport had led him to pursue a master's degree, with a doctorate possibly to follow, in sports psychology.

In short, he had found "that I would be able to use my life experience to help young injured action-sport athletes whose outlook was unsure," said the personable young man. "If I were counseling a young person in that situation, I would say, the way you choose to look at it is your choice. But know this: If you choose to be sad and regretful, you won't progress, you won't look at it as an opportunity to learn to grow and to reach your highest potential."

His own recovery was aided in great measure by the fact that his parents — his father has been a volunteer with the Amagansett Fire Department for 30 years — had helped channel his energy into volunteer work, in his case as the coordinator of a coat drive for the Amagansett Food Pantry.

So, at an early age, owing to setbacks that might lead some to despair, Mike Mata learned what is important in life: that one must help oneself first and then help others.

A psychologist he has been seeing in Denver "opened my eyes when it comes to replacing any sort of negative emotion surrounding the trauma I experienced with self-compassion and gratitude. I could have lost my life. Now, I'm thankful to be living, thankful that my parents gave me life. You don't want to beat yourself up. Gratitude and self-compassion. Gratitude for having made it through and self-compassion for maintenance . . . for maintenance of the mind, and of the soul. Those two tools, which I use continuously, have been what's helped me."

Were his parents proud of the way he'd turned out?

"Yes, I think they think I'm holding my end up." He laughed: "I put them through hell. But what I'm doing now and will continue to do is a way of giving back to them for the life they've given me. They're a source of motivation. . . . You have to be easy on yourself. That's the only way. Gratitude and self-compassion are at the forefront of optimally rehabilitating an injury, whether it be career-terminating or season-ending. You want to meet those who have been injured where they're at. You don't want to impose anything on anyone — you want them to take control. You want to ask yourself how can this person benefit from me. The answer is different every time."

And what sports does he do now?

"I swim now, that's my main source of exercise, in the ocean and in the bay. It's so restorative and rhythmic and peaceful. You're swimming along and you see a horseshoe crab swimming under you. It keeps you alive, moving in synergy with nature, with everything. That's what I feel when I'm swimming, that's the beauty of it . . . you stop thinking about yourself."

"Oh, and I'm also mountain-biking . . . in Colorado. I actually like to climb the hills -- everyone hates that."

"I go slower down the hills," he added with a smile.