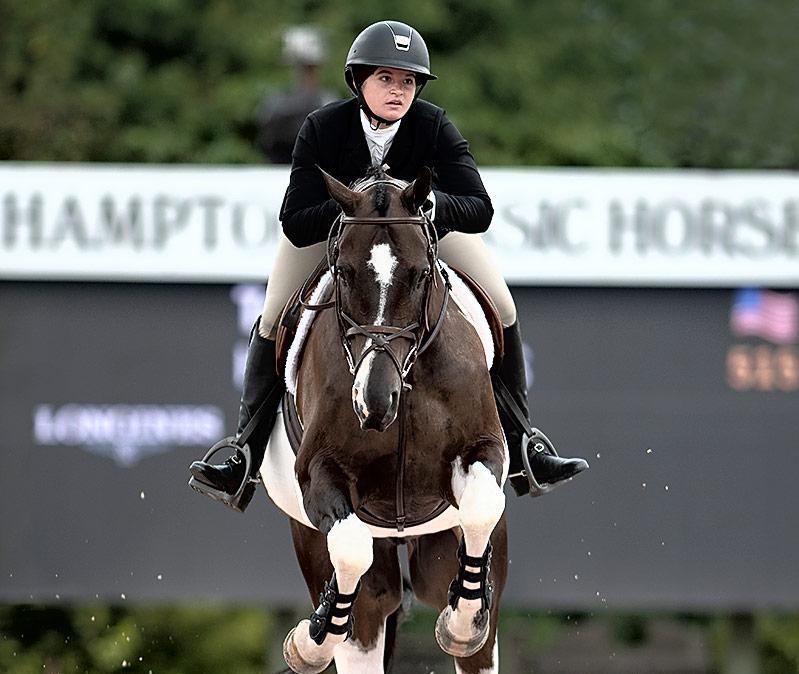 The 16 stabling tents that were taken down and the 1,600 stalls that were dismantled in the lead-up to Tropical Storm Henri, were on their way back up at the Hampton Classic Horse Show's 60-acre Snake Hollow Road, Bridgehampton, showgrounds, Shanette Barth Cohen, the Classic's executive director, said Monday morning.

"It could have been a lot worse," she said of Henri, which made landfall in Westerly, R.I., at noon Sunday. "We began taking everything down on Friday at 7:30 a.m."

Following a year's pandemic-caused hiatus, Barth Cohen said she expected that there will be a strong turnout for the 45th edition of the weeklong show that is to begin Sunday morning with leadline classes for 2 through 7-year-olds judged by the Olympic gold medalist Joe Fargis, in the Grand Prix ring.

There will be an emphasis on local hunter and equitation classes that day, with the first of the week's numerous jumper classes, the $30,000 Jumper Challenge, set to start following the opening day ceremonies in the Grand Prix ring at 2 p.m.

Among those contending for the show's big prizes will be several Olympians -- McLain Ward, who was a member of the United States show-jumping team that won a silver medal in Tokyo, Mario Deslauriers, who competed for Canada, and Rodrigo Pessoa, who rode for Brazil.

Barth Cohen added that there would be fund-raising at the show for Kevin Babington, a professional rider and trainer who was paralyzed from the neck down as the result of a 2019 fall at the Classic. "We'll have a raffle for him and we'll be accepting donations to the Kevin Babington Foundation at the show office and at the souvenir shop," she said. "He has a long way to go, but he's making progress -- he has some feeling, some movement, and he's been participating in a Mayo Clinic study, which is encouraging."

"He's a wonderful person," she continued, "and very generous. He continues to train students using a mike and he does online analysis. One of the raffle prizes is a virtual lesson with him."