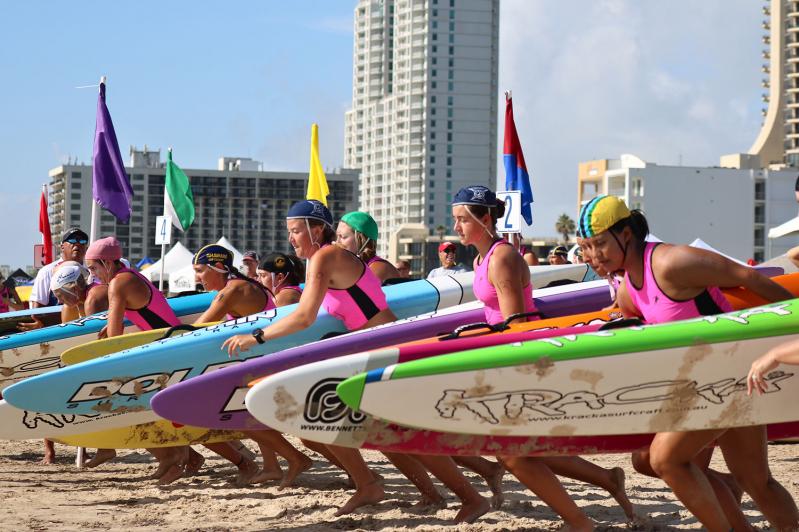 In its highest finish ever, the Hampton Lifeguard Association, which comprises professional lifeguards and junior lifeguards from Southampton and East Hampton Towns, placed third at the United States Lifesaving Association's national tournament last week at South Padre Island in Texas.

The four-day tourney, in which pros and juniors competed in various races linked to lifesaving skills, attracted 27 teams from all the coasts. The Los Angeles County Surf Life Saving Association won it. Sussex County, N.J., was second. Rounding out the top five were Monmouth County, N.J., and the California State Lifeguard Association. The Mid-Atlantic teams topped the regional standings.

"It wasn't easy," East Hampton Town's chief, John Ryan Jr., said shortly after a recertification test that had drawn 34 participants to Indian Wells Beach had ended Monday. "The heat was unbearable. The water was refreshing, but it was so hot on the beach."

As for the H.L.A.'s squad, which included 50 junior and 35 senior guards, Ryan said, "Absolutely, I'm very proud of them -- a lot of training went into this. Make one little mistake and you're dq'd."

While East Hampton's juniors, who ranged in age from 9 to 15, did extremely well, their performances were not included in H.L.A.'s tally. Had they been, Ryan said, "we probably would have won."

In other B division events, Luke Rossano won beach flags, with Evan Schaefer the runner-up; Myla Schneider won the distance run, and Lylah Metz was that division's surf swim runner-up.

Colin Schaefer won the beach sprint; Peter Schaefer and Joey Badilla were the runners-up in the paddleboard rescue, and Cameron Hatch, Brylinn Bushman, Corrina Castillo, and Alyssa Brabant were second in the rescue relay.