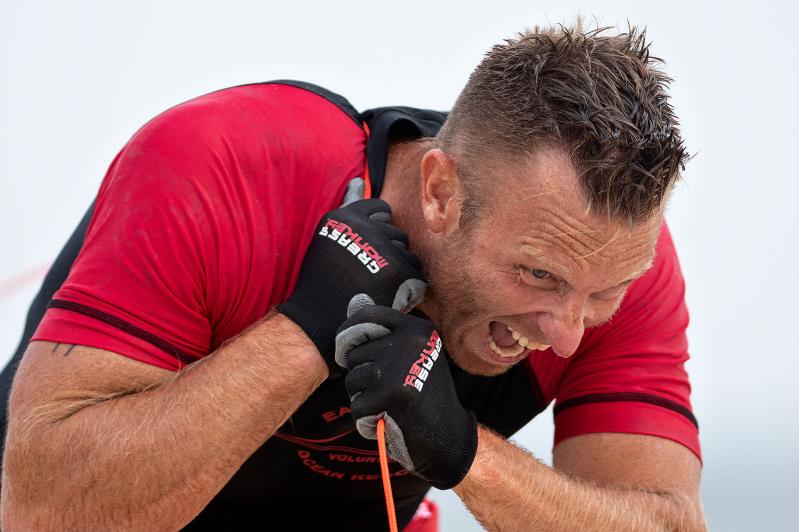 The consensus was that last Thursday's Main Beach lifeguard tournament, to which teams came from as far away as Long Beach and Jones Beach, was "the best and biggest ever," in the words of John Ryan Sr., the guru of lifeguarding here.

Twelve men's and seven women's teams, 228 lifeguards in all, contested the invitational tourney, whose seven events included landline and paddleboard relays. Ending with a beach flags competition under portable lights, the tournament spanned six hours, delighting a crowd that was estimated at around 400.

Smith Point, with 79 points, won the men's trophy, which was no surprise inasmuch as that team usually does. Jones Beach, with 70.5 points, was second, and East Hampton Town's A team, with 67 points, was third.

Smith Point (47) also topped the women's field, with the East Hampton Town A (34) and B (29) teams finishing second and third.

Ryan Fowkes, who is running cross-country and track at George Washington University, won the 1.2-mile distance run, as did Paige Duca, a Boston College graduate, among the women. Asked if they liked running on the sand, both said, "No."

Will Schlegel, a 17-year-old East Hampton Village guard at Main Beach, who goes to high school in New Jersey, figured prominently as well, as he, Cole Shaw, Morgan Segelken, and one of his older brothers, Alex Schlegel, comprised the winning 4-by-100 sprint relay team. Will Schlegel won the hard-fought beach flags competition outright, outlasting a field that initially numbered 36. A multisport athlete, he already has two national beach flag championships under his belt.

Smith Point won among the men in the landline rescue, in which teams with a rescuer and two pullers vied to get a "victim," waiting 125 yards offshore with a rope-attached torpedo, out of the water. With the victim draped over the back of one of the pullers and with the other two holding the victim's legs, they made their way up the beach to the finish line.

"All four have to be in contact," said John Ryan Jr., the chief of East Hampton Town's guards, who oversaw the tournament. "If they're not, they could be disqualified."

John Ryan Jr., when it was noted that the East Hampton Volunteer Ocean Rescue squad's landline team of Angelika Cruz, Tenzin Tamang, Sean Knight, and Devon Coy finished last, said, "They weren't last when you consider all the other veteran teams that didn't show up. They did great actually -- they competed in every event."

Jones Beach, East Hampton Town A, Smith Point, and Southampton Town was the order of finish in the women's paddleboard relay.

In East Hampton Village's 4-by-100 sprint relay win, "the village and Smith Point were tied when the baton was passed going into the anchor leg," said John Ryan Sr. "Cole Shaw outran their guy in the last 100. The finishes in those last two events, the 4-by-100 relay and beach flags, were dramatic." Beach flags is a 22-yard "musical chairs" race to an ever-decreasing number of sticks.

While fun, all the competitive lifeguard events are germane to water safety. John Ryan Jr. said that frequently at national competitions he has come away with ideas regarding techniques and new equipment that have enabled the guards here to do their jobs better. There are about 120 lifeguards on town beaches and 26 on village ones.

East Hampton was to have entered a team in the Long Island championships at Smith Point on Monday. The 6-through-8-year-old Nippers program that Haley Ryan heads was to have had a tournament in Amagansett at Albert's Landing yesterday and at Atlantic Avenue Beach today. The junior lifeguard tournament is to be held at Indian Wells in Amagansett Saturday and Sunday.

Further, the Hampton Lifeguard Association, which is made up of East Hampton and Southampton Town's guards and their junior lifeguards, will send a team numbering about 85 to the national championships that are to be contested from Aug. 4 through 7 on South Padre Island in Texas.