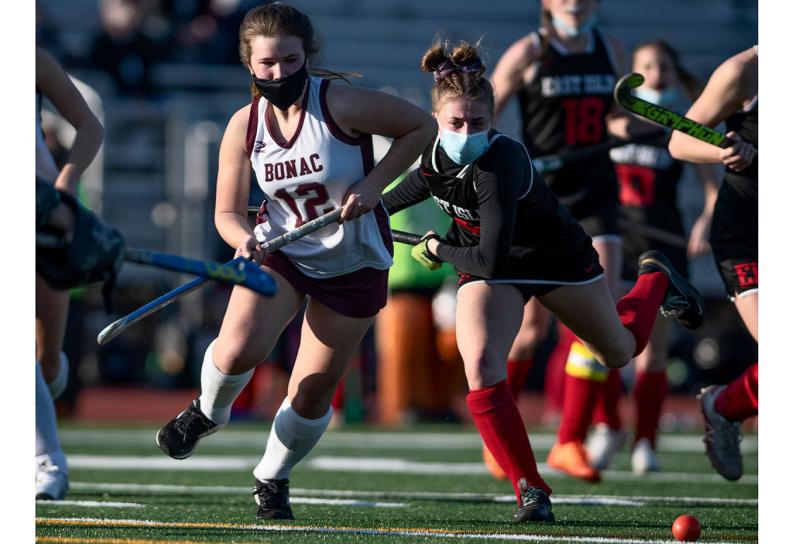 There were to have been five athletic contests involving East Hampton High School teams Tuesday, and three — field hockey, boys soccer, and boys volleyball — went off as scheduled.

A boys cross-country meet with Islip that was to have been held at Belmont Lake State Park in West Babylon that afternoon "was canceled," said Kevin Barry, East Hampton's coach, "because the park didn't want that many teams. There were three other teams that were to run there that day. We've rescheduled for the 19th."

What was to have been the girls swimming team's debut, at the Y.M.C.A. East Hampton RECenter, was also put off, "because Northport wasn't ready -- they hadn't had enough practices," Craig Brierley, East Hampton's coach, said. That meet too was rescheduled.

As for the games that were played, the boys soccer team lost 3-2 in a nonleaguer at Babylon, the field hockey team, playing at home, was shut out 3-0 by East Islip, and Shoreham-Wading River won the boys volleyball match, defeating East Hampton here in five sets.

"We had many chances to go ahead after their second goal, but were not able to find the back of the net," the Bonac boys soccer coach, Don McGovern, reported. "We will learn and grow from this match." East Hampton was to have played its third nonleague game in three days, at Center Moriches, yesterday.

Though East Islip came away with a 3-0 field hockey win here Tuesday, Nicole Ficeto, East Hampton's coach, who claimed two goals by the Bonackers had been improperly erased by the referees, said the final score should have been 2-2.

The first quarter was scoreless. Early in the second, it appeared that East Hampton had scored off a free hit taken from outside the 25-yard line that was deflected by Delilah Desmond into the visitor's cage.

Ficeto said the referee, in disallowing the seeming goal, argued that the free hit was taken inside the 25, and thus hadn't traveled the requisite five yards before entering the circle.

East Islip, which did most of the attacking that day, broke the ice early in the third, and made it 2-0 with a half-minute left in that period, each time beating defenders who were to have backed up Bonac's aggressive goalie, Lilia Schaefer, who had come well out of the cage to repel an attack.

"This is Lilia's first year playing varsity, and she had an outstanding game," Ficeto said later, "with approximately 23 saves. . . . Those goals were due to lack of marking — defenders and midfielders need to react quicker and stay goal side of the ball. They got caught ball-watching."

Early in the final period, it looked as if East Hampton had scored again as Melina Sarlo deflected into the cage a long free hit taken by Anna Hugo, but again the refs disagreed, claiming, according to Ficeto, that Sarlo had not touched the ball.

East Islip's third goal, scored with three and a half minutes left to play, "should not have counted," East Hampton's coach said. "It came off a free hit and no one in the circle touched it."

Regarding what her team needed to do to improve, Ficeto said, "We need to communicate more, we need to move to the ball on both offense and defense, and we need to mark up better. Our offense needs to cut back for the ball, and overlapping needs to occur all over the field in order to give us more offensive options."