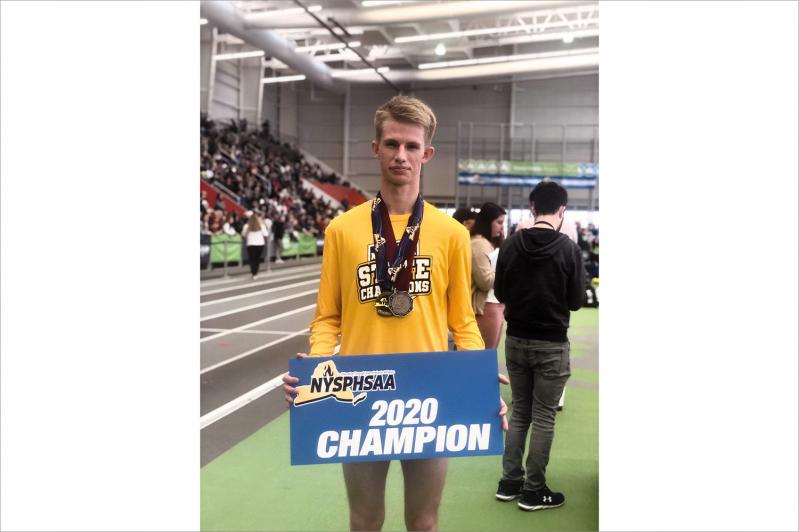 Kal Lewis presumably is hoping to add a sixth state title to his list this spring.
Todd Gulluscio
By Jack Graves

Todd Gulluscio, Shelter Island’s athletic director, who was there — as were about a dozen members of Lewis’s family — said Monday that it was Lewis’s fifth state title — “three in cross-country, one in spring track, and now one in winter track.”

The field included runners from private, parochial, and public high schools. Pedro Bravo of Iona Prep was the first to cross the line, in 4 minutes and 14 seconds, and thus became the Federation champion. Lewis, the runner-up to Bravo, in 4:17.24, won the public high schools championship.

The outdoor season for Lewis, and for his high school peers throughout the South Fork, began Monday afternoon. Shelter Island, said the school’s A.D., will have 17 on its boys team and 12 on its girls squad. Shelter Island has no track — its home meets will be contested on Southold High’s new track, Gulluscio said.

The school is also fielding varsity baseball and softball teams.