More hits than have been seen in 10 years 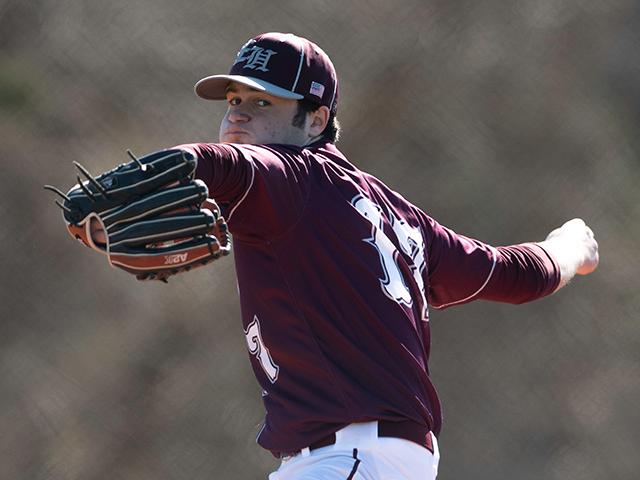 When a longtime spectator said he hadn’t seen so many hits in 10 years, Vinny Alversa, who’s in his third year coaching East Hampton High’s varsity baseball team, said Saturday’s display here versus Hampton Bays had surprised him a bit too.

Granted, it was a scrimmage, and the Bonackers, who won three games last season and none the year before, have been playing the year round, but still.

The Baymen, who had only one league win last year, it should be said, led the scrimmage off by touching the first of East Hampton’s pitchers, Kurt Matthews, for a two-run home run, but thereafter it was all good news as Alversa’s charges, all of whom swing the bat, amassed 19 hits and as many runs over the course of seven innings. Hampton Bays, thanks largely to an infield throwing error, were to score three more times, in the top of the fourth.

Hitting-wise, for starters, Matthews had a triple and a double; Austin Brown, the second baseman, had three hits; Colin Ruddy doubled to the base of the left field fence, and Henry Garneau, the center fielder, had two hits. . . .

But lest one get too excited, Alversa, during a telephone conversation Sunday, reminded this writer that the team has been kicked up a league, and, as a result, would “definitely face really good pitching . . . fastballs in the 80s.”

But win or lose, there is a playful mood in the dugout these days — thanks in part to Alversa’sand his assistant Henry Meyer’s young sons — Kai, 10, and Finn, 8, in Alversa’s case, and 11-year-old Hudson, the official batboy, in Meyer’s.

“Yes, there is a different feel,” Alversa agreed, adding that his players had enjoyed success in the Brookhaven Town summer league and were a little bit older.

The coaches have seven pitchers at their disposal, beginning with Matthews, Jackson Baris, and Lou Britton, all of whom threw in Saturday’s scrimmage — Matthews for three innings, Barisfor two, and Britton for two — and including Elian Abreu, Charlie Condon, Tucker Genovesi, and Colin Ruddy, a 6-foot-5-inch freshman, the only ninth grader on the 18-man team, which also has four seniors, seven juniors, and six sophomores.

Britton, one of the seniors, a left-hander, had played baseball as a freshman, but had been hobbled by a bothersome foot injury, which required surgery, in his sophomore and junior years.

James Foster, the first-string catcher, was on the bench Saturday owing to the cast he’s been wearing since breaking his left hand in a gym workout in November. He’s expected to return soon, though, perhaps this week.

Defensively, the team did well too, Alversa added in answer to a question. Condon and Colin Ruddy alternated at first base, Brown was at second, Genovesi at short, Abreu and Owen Ruddy took turns at third, Britton was in left field, Garneau was in center, and John Rutkowski was in right.

Others on the squad not heretofore mentioned are Luc Campbell, George Karras, Miguel Mizhquri, Drew Salamy, and Tom Desmond. Andrew Rodriguez is overseeing 16 on the junior varsity.

Alversa said he thought the team would be competitive in its new league, which includes such teams as Rocky Point, Sayville, Harborfields, and Islip.

Schedule-wise, East Hampton was to have scrimmaged Southold here Monday and at Hampton Bays Tuesday. Pierson was to have scrimmaged here yesterday, and Southampton is to play a nonleaguer here this coming Tuesday, followed the next day by a nonleague game at Shoreham-Wading River. The Bonackers are to play a nonleaguer at Bayport-Blue Point on April 2. A home game with Westhampton Beach is to open the league season on April 9.

Perhaps another reason for the upbeat mood in East Hampton’s dugout is the fact that the Bonackers are playing on a new turf infield.

“No more bad bounces — thank goodness,” said Alversa. “Those days are over.”