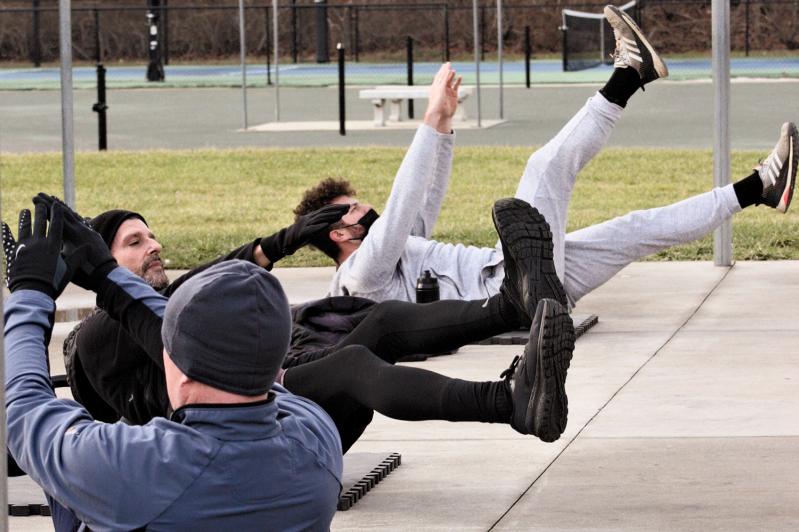 Few small businesses in East Hampton Town have been more adversely affected by the Covid-19 pandemic than fitness centers, which were shut down from mid-March through the end of August, and even then allowed to reopen at only 30 percent capacity.

And now yet another fitness center operator, Mike Bahel, who has overseen Body Tech in Amagansett for the past 20 years, finds himself under the gun, in the form of a lease dispute with his landlords, the Rana family.

It had come as "a shock," Mr. Bahel said during a telephone conversation Monday to learn in mid-December from Lisa R. Rana, with whom his interactions had theretofore been cordial, that his customary five-year lease would not be renewed come March 31, and that, further, his arrears in rent during the five-month state-ordered shutdown period -- a period during which Body Tech had no income -- were owed in full. Mr. Bahel said he was told that if he were out by Jan. 31, the arrears would be halved.

Tom Kehoe Jr., of Kingsbridge Strategies, a professional mediator whom Mr. Bahel has retained to argue his case, said that other landlords here had been accommodating during the pandemic. "Mike has another fitness studio, in Montauk, and the Town of East Hampton forgave him his rent there, and Randy Lerner did the same with his Amagansett Square tenants in the summer."

"I think the Ranas are out of step with the governor's guidelines concerning landlords and tenants during this unprecedented time," Mr. Kehoe continued. "Mike has been an upstanding member of this community for three decades, as a husband, a father, a businessman, and as a generous donor to charities. I think Lisa Rana is being extraordinarily unreasonable. He should not be kicked out on the street."

"All I want," said Mr. Bahel, who came here in 1990 to work as a fitness instructor for Peter Rana Jr. in the building that's at issue, "is another summer so I can get back on my feet."

There were rumors, he said, that "a higher bidder," perhaps a real estate agency, was ready to move in.

A letter in Mr. Bahel's behalf, signed by 63 members of the community, in part attesting that he has made a fair offer insofar as rent and expenses were concerned, was sent to The Star in the past week.

Calls to Ms. Rana, who is an East Hampton Town justice, were not returned by press time.

"Gyms in the Northeast have taken a beating, undoubtedly," said Brook Hartnett, of Allegiance Personal Training, who oversees "a hybrid of online and studio workouts that he maintains are "absolutely safe."

The virus apparently had been spreading in bars and restaurants rather than in fitness centers, said Mr. Trotter, who continues to work with some clients online and at their houses.

Linda Silich of SilichCore+, who is also an owner of and a landscape designer for Groundworks Landscaping, "reluctantly" closed her TRX studio on June 30, soon after her father died of Covid-19. "I did some online training in March, April, and May, but everything came to a halt for me personally when my Dad died in Florida, on my birthday, in May," she said.

Closing the studio, which was off Main Street in East Hampton, adjacent to Herrick Park, actually turned out to be a blessing, she said. Freed from having to pay rent, she continues to work as a one-on-one personal trainer, though no longer with groups, and no longer online. She's been referring former clients to Ed and Caroline Cashin of Truth Training. "They've got it down right," Ms. Silich said of the Cashins, who have moved from Railroad Avenue to Sportime's East Hampton Sports Camp site off Town Lane in Amagansett, where they hold outdoor workouts.

"We're doing what we can, running 14 to 15 classes a week," said Mr. Cashin. "We're observing all the guidelines . . . everyone's 10 feet apart, we're not sharing equipment, we're disinfecting and cleaning everything, and our people are very grateful, though we're down 50 to 60 percent from what we'd normally be. We'll stay lean, tighten up, and, hopefully, re-emerge in the spring or late spring."

Nevertheless, Mr. Cashin said he thinks the gym business won't completely recover until herd immunity -- which is to say when 75 to 80 or 85 percent of the population becomes immune to the virus -- is reached.