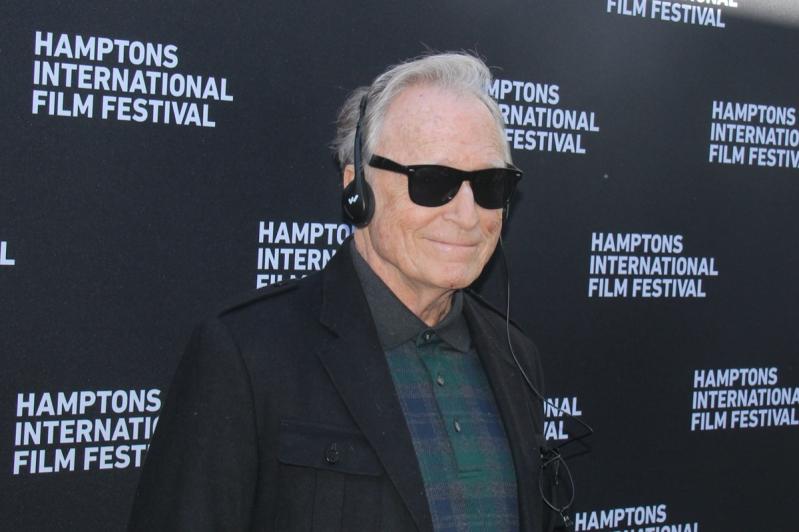 Dick Cavett at 85, still looking cool on the red carpet on Saturday before the screening of his film "Groucho & Cavett" at East Hampton Cinema.
Durell Godfrey
By Jennifer Landes

Saturday was a busy day for film viewing all across the South Fork with Hamptons International Film Festival screenings in East Hampton at the cinema and middle school, at the Sag Harbor Cinema, and at the Southampton Arts Center.

Some of the films shown in East Hampton included the Venice and Toronto film festival award-winning "The Whale,"  "The Good Nurse," the Cannes Palme d'Or winning "Triangle of Sadness," and the crowd pleaser and locally based film, "Who Invited Charlie?"

Dick Cavett showed up for the East Hampton screening and talkback with Alec Baldwin for "Groucho & Cavett," a documentary by Robert S. Bader about the years-long relationship between the two comedians.

In Sag Harbor, a morning screening of the film "Devotion" was popular. Other highlights of films shown there included "January 6," "The Cow Who Sang a Song," and "The Forest Maker." "Louis Armstrong's Black & Blues" was shown in Southampton and Sag Harbor. "Broker," another well-received film, was shown at the arts center.

More to come on Sunday and Monday and through next week.