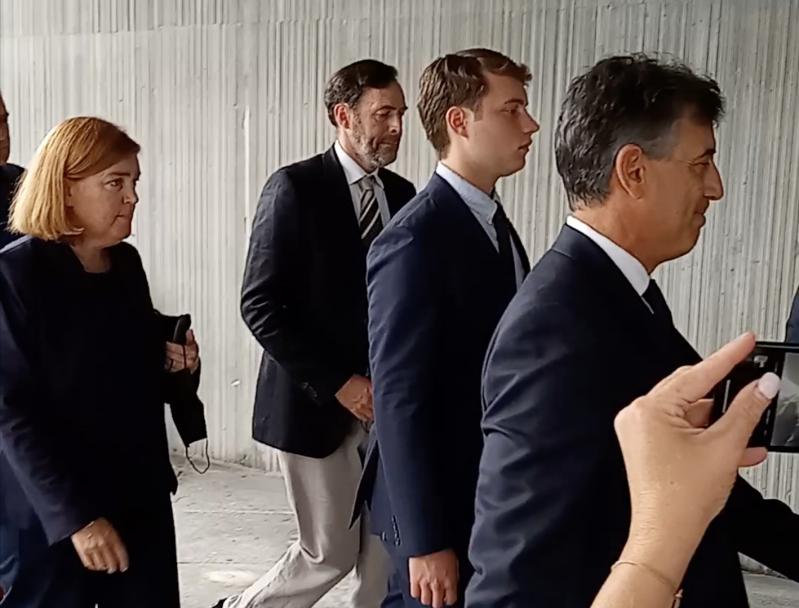 Is Suffolk County Supreme Court Judge Richard Ambro going to keep his "promise" to Daniel Campbell that the 20-year-old won't serve any jail time stemming from an Amagansett hit-and-run in August 2021 that ended the life of 18-year-old Devesh Samtani?

The judge told Mr. Campbell at an Aug. 5 plea hearing at the Arthur M. Cromarty Criminal Court Complex in Riverside that he planned to sentence him to six months of community service and five years' probation in lieu of jail time. Mr. Campbell pleaded guilty to a single felony charge of leaving the scene of the accident that led to Mr. Samtani's death.

Judge Ambro said his promise was contingent on Mr. Campbell's steering clear of the law and showing up to the sentencing hearing that was pushed from Aug. 5 to today. The hearing has again been postponed. "The defendant will not be sentenced Thursday," said Tania Lopez, a Suffolk County district attorney spokeswoman.

The Samtani family, who had traveled from Hong Kong and other far-afield points for the August hearing, was dismayed and bewildered by the judge's promise to Mr. Campbell. The family has repeatedly objected to a judicial process where, they say, their input has not been included in sentencing recommendations put before Judge Ambro.

Now they have hired Benjamin Brafman, a high-profile defense lawyer, to plead their case that Mr. Campbell should spend some time in prison for his actions last August.

According to police records, Mr. Campbell did not call 911 after striking Mr. Samtani with his car, and instead made provisional efforts to flee the state before his parents called him on his cellphone and said the police were at the Montauk family house to question him.

Mr. Brafman, 72, is based in New York City and boasts a client roster that includes Sean Combs, the late Michael Jackson, the Mafia boss Vincent Gigante, and Harvey Weinstein, among others.

According to the Daily Mail, Mr. Campbell "caused a head-on crash last year and was caught speeding weeks before the deadly smash."

Suffolk County prosecutors argued that Mr. Ambro should sentence Mr. Campbell to between one and three years in state prison as part of the plea deal. Mr. Ambro blew past that recommendation on Aug. 5 with his open-court announcement that Mr. Campbell would not serve any prison time.

Whether the defendant's driving history will move the judge off his no-jail promise remains an open question, since he is apparently already aware of it.

According to the Suffolk County D.A.'s office, prosecutors knew about Mr. Campbell's driving history when they made their sentencing recommendation to Judge Ambro.

"We were aware of Mr. Campbell's driving record and provided those documents to the court," said Ms. Lopez.

An earlier version of this story incorrectly attributed a quote to the Samtani family's spokeswoman. It has since been updated to correct the attribution.