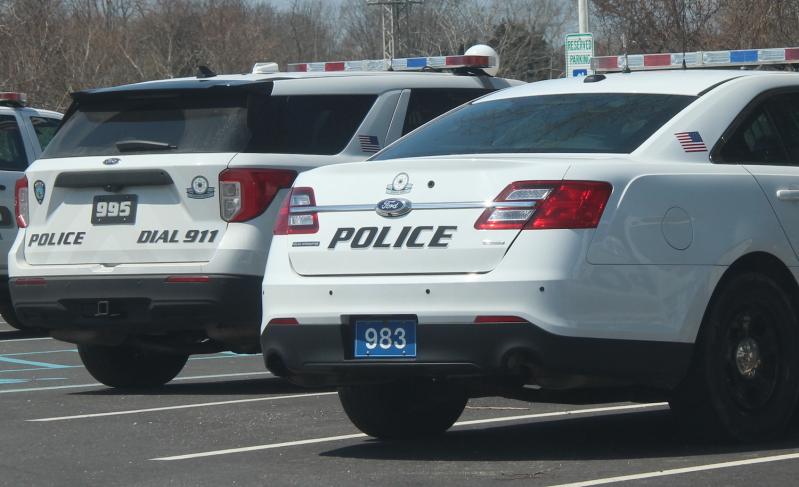 The pandemic has caused a real staffing shortage for the department, especially on the roads, where a lack of police presence can have serious consequences.
Durell Godfrey
By Christopher Gangemi

Summing up his department’s just-released report on police activity in 2021, East Hampton Town Police Chief Michael Sarlo sounded justifiably content. “Some of the national trends in both personal crime and property crime that seem to have been spiking have not impacted us here. We’ve trended down in almost every criminal defense category over the last few years,” he said by phone on Tuesday.

The town saw a nice downtrend last year in criminal mischief, burglary, and larceny, he said. “All the typical crimes that we take reports on are trending lower.” (Earlier that day, at a town board work session, Supervisor Peter Van Scoyoc had wondered, only half-joking, if the reduction was because “people are just afraid to interact with each other” because of Covid.)

The chief told board members that with over 30,000 “interactions” with the public in 2021, only two civilian complaints against officers were lodged, only eight uses of force were needed, and only six officers were injured — the fewest number of injuries in 10 years, he said.

The average response time after a call to police was just over eight minutes. The highest percentage of calls, 30 percent, come from Montauk, many of them quality-of-life complaints, which, Chief Sarlo said, “continue to be a significant portion of our workload.” Both commercial and residential noise complaints, he noted, were at or near all-time highs.

Calls categorized as “disturbance on beach,” he said, were also “at a new high.” The biggest issue, besides beach driving, was dogs on the beach, unleashed or during prohibited hours. “Our marine division is spread very thin,” said the chief.

The public’s increasing use of smartphones has posed a greater challenge for law enforcement every year. Nine-one-one hangups have “spiked threefold in the last five years,” the chief told the board. “Improved technology doesn’t always help everyone,” he added wryly.

Over the phone, he explained why hangups are such a problem. “This is pocket-dialing 911 — calling 911 and saying ‘I didn’t mean to.’ “ The trouble is that “most times we have to respond, to make sure it wasn’t someone in distress who had the phone taken away from them.”

“Things like that are costing us a lot of extra time,” Chief Sarlo continued. “On the flip side, we have to be cognizant of what the circumstances are in those 911 hangups. We’ve had several of those calls where we’ve responded and found someone suicidal or in a domestic [issue]. It’s a fine line that we have to walk to make sure we’re not expending too much time and energy chasing them down, but we also have to be diligent to make sure we’re not missing something.”

The pandemic has caused a real staffing shortage for the department, he told the town board, especially on the roads, where a lack of police presence can have serious consequences. He is hopeful however, that the force will keep “one step ahead of attrition” and that the staffing situation will improve.

Because of the shortage, Chief Sarlo said by phone, “some of our proactive areas of enforcement have dropped off.” The number of parking tickets, for example, was less than half of the 2020 figure, and low compared to pre-Covid numbers as well. Citations for violations of town code and traffic law were also relatively few, though car accidents were the highest they’ve been since 2017. That could be because the department, being so short-staffed, cannot always enforce the rules of the road, said the chief,

“We ran almost 100 shifts with someone in on overtime to cover staffing last year,” he told the board. “A lot of that had to do with Covid and quarantine.” Between 35 and 40 officers were out on quarantine at one point.

Chief Sarlo has high hopes that a new telehealth initiative, bringing together the Family Service League and Stony Brook Southampton Hospital, will go far toward saving man hours. Telehealth, which addresses mental health problems, is “one of the best bonus things to come out of the pandemic,” he told the town board.

He went on to explain that public health law requires an officer to transport someone deemed to be a threat to themselves or others, to a hospital for mental health evaluation. Now, thanks to Telehealth, the officer can instead call a dedicated 24-hours-a-day hotline and speak with a mental health professional, who can perform an evaluation remotely. The program, which piloted in 2021, has been credited with an 80-percent reduction in trips to the hospital for psychiatric evaluation.

The number of “man hours lost” to transport before telehealth was “astronomical,” Chief Sarlo said. Now, he said, there will be more patrol time for his officers. “It’s a huge win for East End law enforcement and the community we serve.”

Police reform and reinvention continue to be goals of the department going forward. To that end, Chief Sarlo listed five main points of development.

“Training. Language access. Accountability and transparency. Community outreach, and officer well-being.” He stressed to the board members the importance of having police speaking to children in schools. Young children, he said, are the “largest population that we have a chance to have positive interactions with.”

Mr. Van Scoyoc took a moment to thank Chief Sarlo “and the police department for the two years that we’ve just gone through.”

“Our officers feel the support of the board and the community,” the chief responded.