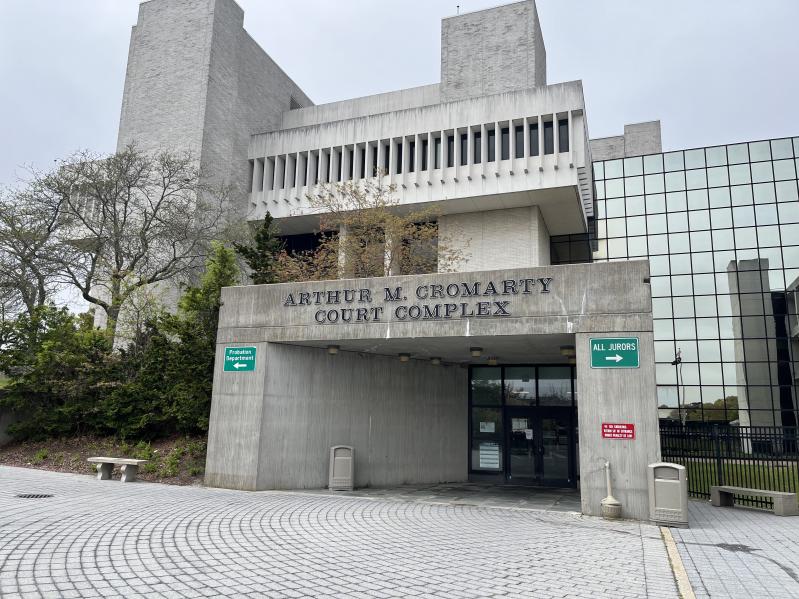 Joseph Grippo's appearance in Suffolk County Criminal Court on Thursday was markedly different from the last time he appeared there before Justice Stephen L. Braslow. Instead of insults, Mr. Grippo apologized to the judge, who on April 25 had held him in contempt and ordered him out of the courtroom.

"I'm sorry, sir, for that outbreak," Mr. Grippo said Thursday. "I was just a little frustrated."

Having had the chance to review video evidence against him earlier this week, a calmer Mr. Grippo once again maintained his innocence before the bench. He will have the chance before long to plead his case further; jury selection for his trial will begin on July 18, Justice Braslow announced.

Mr. Grippo, a resident of Montauk, is charged with second-degree murder, stemming from the June 6, 2019, death of Robert Casado. He faces a sentence of 25 years in prison.

Mr. Casado, of the same hamlet, was found beaten and stabbed with a pickax in Kirk Park that morning by passers-by. He died of his injuries at Stony Brook University Hospital, and Mr. Grippo, who is said to have argued with the victim over a woman before the alleged attack, was arrested two weeks later. He has been in county jail in Yaphank ever since. By the time the jury is empaneled, he will have been there more than three years to the day of his arrest.

An earlier offer of a plea deal was withdrawn after one of Mr. Grippo's outbursts in court. He is represented by a legal team led by Dan Russo; the prosecutor is Eric Aboulafia, an assistant district attorney, on behalf of Suffolk County District Attorney Ray Tierney.

Free Car Seat Checks in Southampton
Battle of the Books, and More Fun for Teens
This Week's Happenings in Montauk
END_OF_DOCUMENT_TOKEN_TO_BE_REPLACED