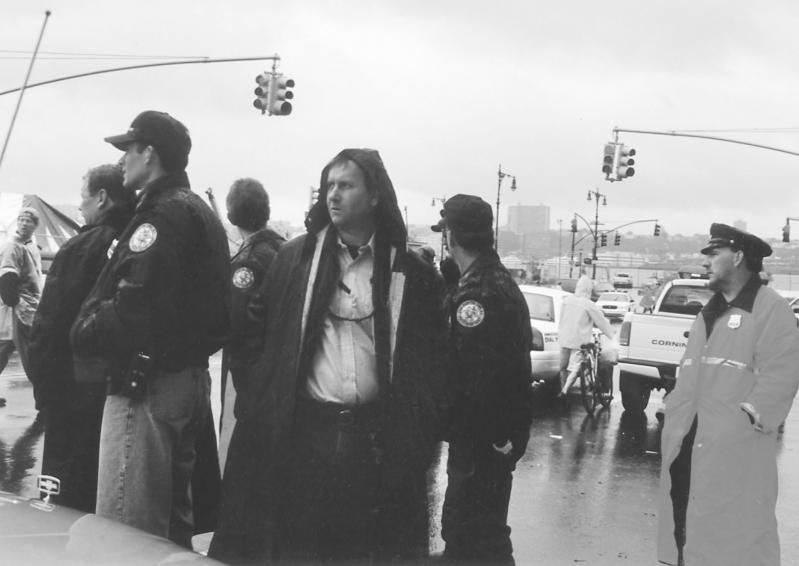 It's hard to believe it's been 20 years. The images remain fresh in my mind.

I was working in Montauk on Sept. 11, 2001, and ended up guarding the Coast Guard Station for the day, as all federal buildings went into an immediate emergency lockdown. There was shock and confusion, and all of us in local law enforcement were awaiting more information and details just like everyone else, but for us there was obviously this heightened awareness and need for coordinated intelligence regarding other threats and steps for law enforcement to be taking.

Like all law enforcement at the time, we worked long days and were shown a great deal of support and appreciation from the community. People saw the acts of bravery and selflessness displayed by police and firemen in the city, and many felt a need to show their thanks and appreciation in whatever small ways they could, even here. A lot of food and water was donated, and we were constantly asked what we needed. We also wanted to help in the city in any small ways we could.

The East Hampton Town and Village emergency service unit team was the first group to head into New York City to assist the New York Police Department. I was part of a second group that went in the following day. There were about 10 of us, including some Marine Patrol officers, who went in. It was all quite surreal, from the quiet almost empty roadways on the drive in to the moment we crested an elevated portion of the Long Island Expressway in Queens where you would normally see the Twin Towers on the skyline, but instead there was just this cloud of dust hanging in the air where the towers used to stand.

All outside agencies responding into the city were directed to check in at the command center at the Javits Center, where we would receive our instructions and assignments. We were assigned to an overnight shift at the United Nations headquarters security detail, to assist the N.Y.P.D. in securing the First Avenue area. As you can imagine, the U.N. building was a high security priority, and the entire area was completely locked down.

We paired up with N.Y.P.D. officers, who were working 12 to 18-hour shifts, to give them some relief from their posts and help cover the area. With N.Y.P.D. helicopters and Air Force fighter jets flying routine routes overhead, military vehicles cruising the streets, and no civilian foot or vehicle traffic, it felt like a scene from a sci-fi movie, yet the stark reality of the horrific tragedy and the many unanswered questions still lingering made the entire experience something none of us will ever forget.

We bumped into an East Hampton native and N.Y.P.D. officer, Aquin Medler, as our police department unit made its way through a light over on the East Side. He was on post and waved us down, "What are you guys doing in here from East Hampton?" He was surprised to see us, but thanked us for the help. It was another surreal moment.

As we were relieved of our posts, our group made its way down to Ground Zero to offer assistance at the mobile command post there. We caught a glimpse of the entire site, and while we were diverted to another area, just the few minutes we spent there left a lasting image in my mind.

St. Paul's Chapel off Vesey Street, just a block away from the towers, had this old wrought-iron fencing around its grounds. As we walked by I remember looking down and seeing debris piled up against the fencing, filling up parts of the courtyard. I looked closer and I could see fully intact stacks of papers -- business records, financial statements and such, some in almost perfect condition as if they had been placed there, while others were smoldering and shredded.

My wife and I lost a close family friend who worked in the towers, and it made this a very difficult image to process.

We were physically tired, emotionally drained, and as we made our way back to East Hampton there was not much discussion. It was about 26 hours round trip, just to give our fellow officers from N.Y.P.D. some help, a little break in what would be long-term duties getting through the recovery and cleanup of the city.

The East Hampton Town Police Department would send multiple groups in to assist over the next week or so, until the N.Y.P.D. sent word that outside agencies were no longer needed.

The brave men and women of law enforcement and the F.D.N.Y. should never ever be forgotten for the selfless service they performed, running into danger and putting their lives at risk to save others.