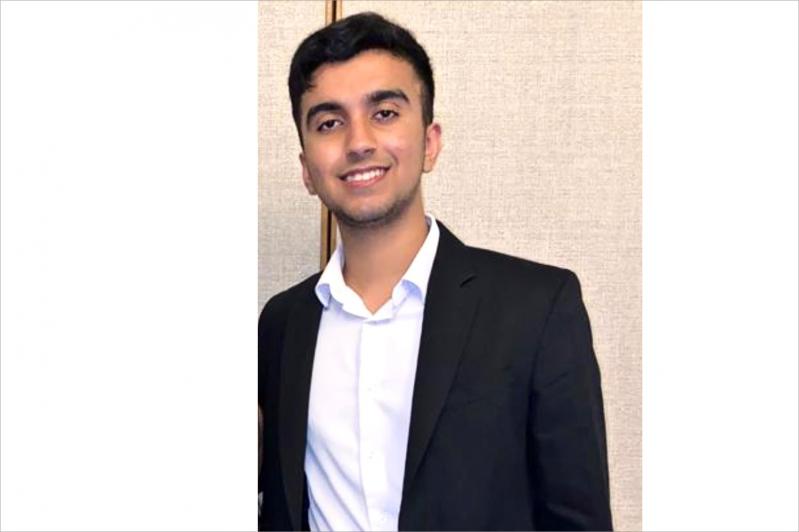 In an ongoing investigation into a hit-and-run accident on Aug. 10 that led to the death of Devesh Samtani, 18, a summer visitor who was one of hundreds walking in the dark on a narrow road after a huge house party in Amagansett, a new report said that there had been 10 people packed into the sport-utility vehicle that Daniel M. Campbell was driving.

For many here, Mr. Samtani's death echoed a 2012 accident in which a 17-year-old Manhattan high school student was killed while also walking along Old Stone Highway.

In the August incident, Mr. Campbell's nine passengers, who were getting a ride to the same party, were all girls between the ages of 15 and 18, including his sister, the updated accident report stated.

In an initial statement to police, Mr. Campbell had said that "four or five" of his sister's friends had been in the car. The vehicle, a 2012 Honda Pilot, safely seats eight, including a driver, according to its manufacturer's description.

A police report, filed shortly after 4 a.m. on Aug. 11, described approximately 100 cars parked on the streets and "800 to 1,000 people" at a party on Timber Trail. The officers, including multiple East Hampton Town personnel plus backup units from East Hampton Village, said the partygoers "peacefully dispersed" after they arrived.

But the streets were dark and were crowded as a result of that mass exit. The updated accident report says Mr. Samtani was walking with traffic on the northbound side of Old Stone Highway near where the road curves at Eastwood Court when he was struck by Mr. Campbell, who was also headed north.

According to his own statement to police the night of the accident, Mr. Campbell then drove about 100 feet, got out of the car to check the damage, and ultimately fled the scene. "At first I just thought this kid just bumped into my car and hit my mirror, so I didn't think it was anything serious," Mr. Campbell wrote.

Witnesses gave police his license plate number. Officers caught up with him at the house in Montauk where he lives part time with his family, but not before Mr. Campbell switched cars and drove to the docks in that hamlet to meet up with a friend, according to a spokesman for the Samtani family, which has also hired a private investigator.

Having suffered a head injury, the unconscious Mr. Samtani was taken by Amagansett ambulance to Stony Brook Southampton Hospital, and later to Stony Brook University Hospital. He died from his injuries on Aug. 13.

"It seems extremely irresponsible that a designated driver, under those circumstances, should be anything short of hypervigilant and over-cautious," Omar Almanzar-Paramio, the Samtani family's attorney, said in a statement on Tuesday.

Mr. Campbell, whose primary residence is in Hastings-on-Hudson, and who has since turned 20 years old, was charged with leaving the scene of an accident with serious physical injury, which is a felony. He is being represented by Edward Burke Jr., who did not return a phone call or email seeking comment this week. Mr. Campbell was to appear virtually this morning in East Hampton Town Justice Court.

"If I could do it all over again, I would have stayed on the side of the road and called the police," Mr. Campbell wrote in his statement the night of the accident.

Since the Aug. 10 accident, the East Hampton Town Highway Department has erected six new caution signs in the vicinity. Kevin Cobb, the highway labor crew leader, said on Tuesday that he had installed them last week and that they were a message to drivers and people on foot alike.

"We can't say, 'Don't walk here,' but we want to do what we can to prevent it from happening again," he said.

Mr. Cobb recalled the June 2012 accident in which the 17-year-old summer resident was killed when he was struck by a passing taxi on nearly the same stretch of road. Jeffrey Ahn was a student at the Trinity School in Manhattan. He and three friends had decided to walk to Jeffrey's house on Arbor Lane instead of calling for a ride. The driver of the minivan taxi told police that he had come around a bend in the road and suddenly saw the four, striking Jeffrey's girlfriend first, then Jeffrey, who, like Mr. Samtani, suffered major head trauma.

Mr. Samtani, of Hong Kong and New York City, was to begin attending New York University this fall. He wanted to major in economics and mathematics. "In his memory, we are working with N.Y.U. to establish a generous scholarship which will help underprivileged students who also want to major in these subjects," his mother, Mala Samtani, said in a statement.

When he was killed, Mr. Ahn had already begun getting ready for his college applications, with an eye toward attending Yale the following year.