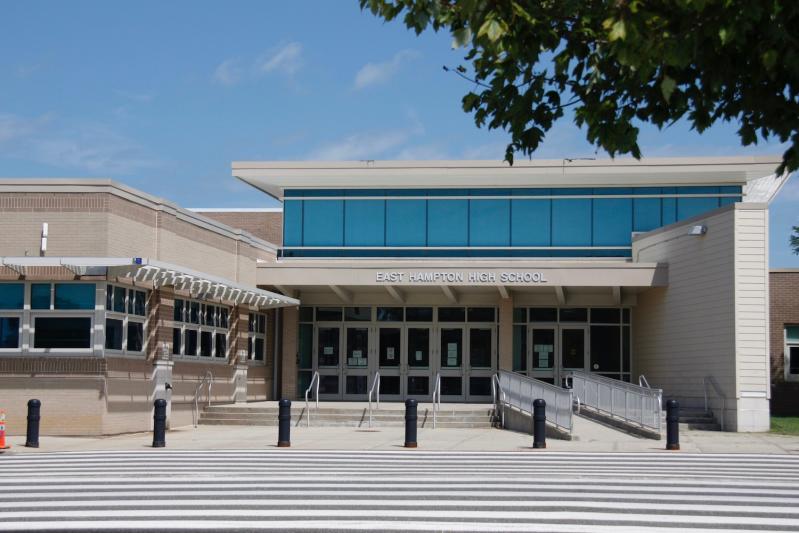 "Theft or destruction of school property is a disciplinary infraction that will not be taken lightly," Sara Smith, the new East Hampton High School principal said.
Durell Godfrey
By Christine Sampson

A ninth grader who stole a live snake from an East Hampton High School science classroom last week — and then posted about it on the video-sharing app TikTok — was apparently inspired to do so by a viral trend dubbed "devious licks."

On Monday, Adam Fine, the district superintendent, confirmed the incident had occurred and said it "has been addressed by the high school administration."

"Devious licks," which often crosses the line from youthful shenanigans to criminal mischief, refers to the stealing or vandalism of some sort of public property: a soap dispenser or toilet, school supplies, signs -- in this case, a snake. The Washington Post reported on Friday that these incidents are popping up in schools across the nation, sometimes resulting in arrests.

TikTok, which reportedly has more than 65 million users in the United States, has pledged to remove videos identified as part of the trend. In a statement to The Post, the company said the trend goes against its rules. "We do not allow content that promotes or enables criminal activities," a spokesperson said on Friday.

The local "lick" prompted a public statement by Sara Smith, the new East Hampton High School principal, who said students need to respect school property as well as other people.

"Theft or destruction of school property is a disciplinary infraction that will not be taken lightly," Ms. Smith wrote. "Please help us in reinforcing the dangers of participating in a trend like this one and in reminding students about the safe and appropriate use of social media."

East Hampton Town Police Chief Michael Sarlo said the snake caper was handled at the school level and that no other "devious licks" have come to the attention of law enforcement.