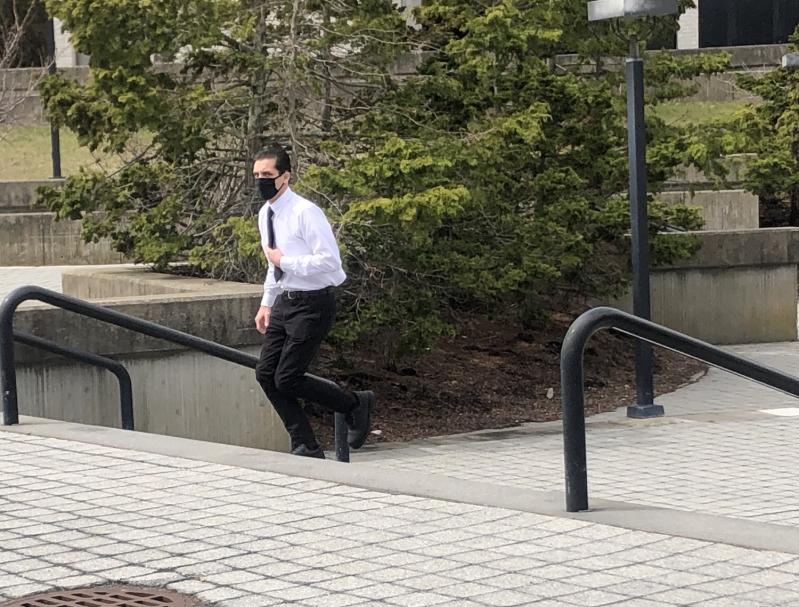 Suffolk County Supreme Court Justice John B. Collins ordered a more detailed investigation last Thursday of the Jan. 13 hit-and-run accident that killed Yuris Murillo Cruz, who was walking with her children on Montauk Highway in Amagansett when Mark A. Corrado Jr. of West Babylon, driving a borrowed pickup truck, struck them and fled the scene.

Mr. Corrado has been indicted on two felony charges by the county district attorney's office. On April 1, he pleaded not guilty to leaving the scene of an accident without reporting it and to tampering with physical evidence, although, in a written statement to East Hampton Town police on Jan. 13, he had acknowledged feeling the truck "hit something," driving away east, and removing the truck's license plates, registration card, and insurance card. A manhunt ensued that included K9 units and a county police helicopter, as Mr. Corrado called for an Uber to take him home. He later turned himself in to police in Babylon.

The newly ordered action, called a pre-sentence investigation, may ultimately yield a report that can affect the district attorney's recommendations on sentencing. Mr. Corrado next appears before Justice Collins on Oct. 22.

A state law enacted in 2019 indicates that such a report should consider the circumstances of the offense, the defendant's criminal record, social history, employment record, any physical exams and mental evaluations, information about his or her family, and descriptions of economic status, education, and personal habits. It may also include a "victim impact statement" describing the extent of the harm or damage that resulted from the incident, but cannot include "information as to matters which have been terminated in favor of the respondent/defendant."

Daniel Cronin, the assistant district attorney who is prosecuting the case, was not available for comment this week. Mr. Corrado is being represented by Legal Aid, which does not comment on pending cases.

A spokesperson for the district attorney's office said Monday that the conditions of Mr. Corrado's release have not changed since his indictment. They include suspension of his driver's license, surrendering of his passport, a 9 p.m. curfew, and monitoring for alcohol and narcotics use, as well as an order that he not leave New York State.

Ms. Murillo Cruz, 36, died of her injuries at Stony Brook Southampton Hospital, leaving her husband, Wilson Murillo, and two young children, Michelle, then 4, and Josue Gael, then 2, devastated. The children, who sustained serious but not life-threatening injuries, were treated at Stony Brook University Hospital, where they were flown via medical helicopter.

During the days and weeks following the accident, support from the community poured in. Via the website GoFundMe.com, more than 2,000 people donated a total of $224,585 for medical expenses, funeral costs, food, child care, and other needs. Mr. Murillo could not be reached for comment this week.