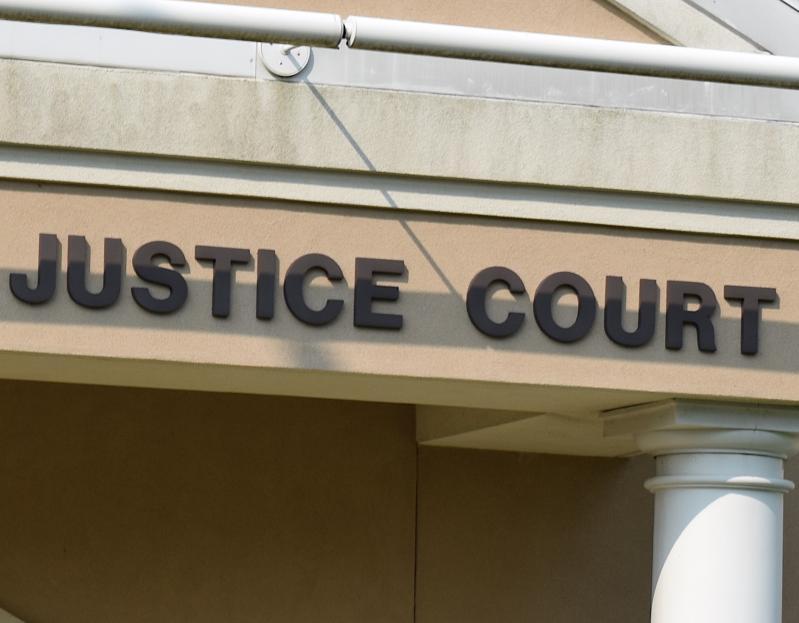 He was having a panic attack and didn't know what to do, Daniel Campbell wrote in a seven-page statement to police a few hours after he struck Devesh Samtani, 18, of Hong Kong, while driving on a dark but crowded road in Amagansett to drop off his sister and her friends at a huge house party on Aug. 10. Mr. Campbell said he had not consumed alcohol or drugs, which police confirmed while interviewing him at his family's house on Second House Road in Montauk.

But before he finished writing his account of the accident at 6:31 a.m., Mr. Campbell admitted to knowing he should have stayed at the scene of the accident. "To be a hundred percent honest with you guys," Mr. Campbell told police at about 2:20 a.m., "when I looked at the damage, I thought I killed him."

Mr. Samtani, who was to have started at New York University this semester, died on Aug. 13 of the head injuries he sustained in the accident.

Mr. Campbell, 19, of Montauk and Westchester, was arraigned virtually in East Hampton Town Justice Court last Thursday by Justice Steven Tekulsky, charged with leaving the scene of an accident with serious physical injury, a felony.

Justice Tekulsky said cash bail did not seem necessary; however, he ordered some "non-monetary bail conditions to ensure his return." Mr. Campbell, represented by Edward Burke Jr., was to surrender his driver's license and passport and have pretrial GPS monitoring.

Although suspension of driving privileges is not usually ordered in the case of a single alleged felony charge of leaving the scene of an accident, Justice Tekulsky said his directives were "permissive suspensions" influenced by the alleged crime's gross negligence, reckless disregard to life, and willful evasion of the state's lawful prosecution.

"Frankly, I think leaving the scene of an accident of this nature is sufficient to justify suspension of his privileges," said Mr. Tekul-sky. In discussing the surrender of his passport, Mr. Burke said it was possible that the document was at Mr. Campbell's Westchester house, where he grew up. Mr. Campbell is living now in Montauk and working for the foreseeable future at his parents' store in the hamlet, both of which are factors that Justice Tekulsky said helped him avoid monetary bail.

"If you drive in violation of my order and you are convicted of that, I'll send you to jail for that reason alone, do you understand that?" Justice Tekulsky said to Mr. Campbell. The defendant said he did.

The next virtual conference is scheduled for Sept. 30. Mr. Burke could not be reached for comment yesterday.

In his written statement, Mr. Campbell described a chaotic scene with hundreds, or even a thousand, kids in the road while police were in the process of breaking up the party at 37 Timber Trail. "I have never seen so many people at a party before," he wrote.

He was driving his father's 2012 Honda Pilot with his 17-year-old sister and "four or five" of her friends in the car, which seats eight people, on roads with which he said he was not familiar and which had no streetlights. (Police have not confirmed the number of people believed to have been in the car.) There were still people everywhere, Mr. Campbell wrote, and "some of the kids were walking in the lane of travel."

That's when a young man stepped into the road, according to Mr. Campbell's statement. "I didn't have any time to react and could only slightly turn my vehicle to the left," Mr. Campbell wrote. "I was limited with how much I could swerve because of oncoming traffic and the congestion of the road. Since I had no time to react, I hit this kid with the front passenger side of my vehicle and I think my side mirror on the passenger side."

He drove about 100 feet and pulled over "to process what just happened. At first I just thought this kid just bumped into my car and hit my mirror, so I didn't think it was anything serious." He got out of the car and surveyed the damage, including a cracked headlight, before deciding to focus on taking his sister and her friends back home.

"If I could do it all over again, I would have stayed on the side of the road and called the police," Mr. Campbell wrote.

He said he then drove his sister's car to meet a close friend "at the jetty by Gosman's and talk." He was only at the jetty for about 15 minutes when his parents called him to tell him there were police officers at the house who were asking about an accident. He said he told his parents what happened, and went home, where he was placed in custody by police and taken to headquarters in Wainscott for processing.

"I would like to apologize to the family of the person I hit for this terrible accident. . . . My intentions were never to harm anyone and I tried my hardest to avoid the accident," Mr. Campbell wrote. "I am willing to cooperate a hundred percent in this investigation and will do whatever I need to do to make it right for the family."

With Reporting by Bella Lewis
--
Note: This story has been updated since it was first published.