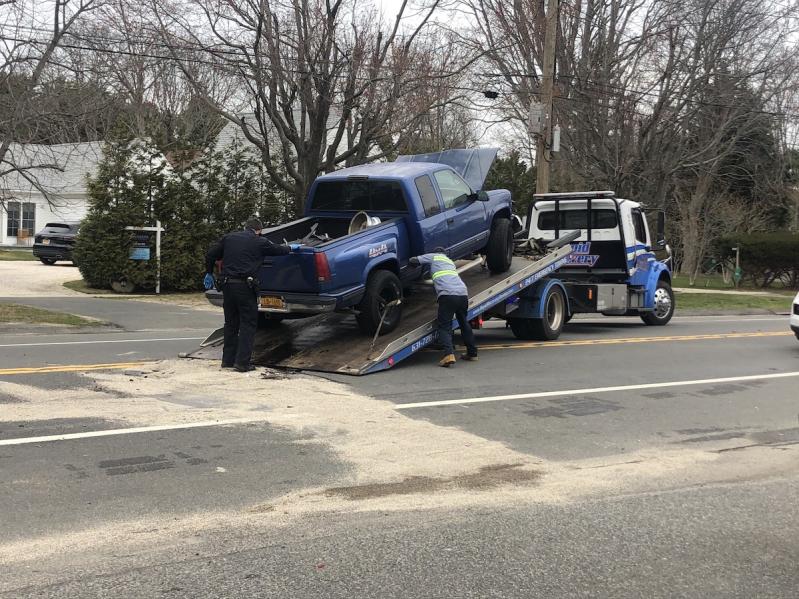 An accident occurred last week in front of the Miller gas station in Amagansett.
Christine Sampson
By Bella Lewis

Headed east on Montauk Highway in Amagansett last Thursday, 18-year-old Melissa Fallo of Hampton Bays "turned her attention" to the gas station near Oak Lane, according to a police report, and rear-ended a 2019 Mercedes van that had stopped to turn left into the lane. The driver of the van, 19-year-old Kevin Verdugo-Parraâ was taken to Stony Brook Southampton Hospital by Springs ambulance to be treated for neck pain.

Ms. Fallo complained of chest pain, and her passenger Morgan Doroska, 17, of pains in her chest. Both were taken to the hospital as well, by Amagansett ambulance. Ms. Fallo's 1997 Chevrolet pickup truck was towed from the scene by Rapid Recovery.

The only report of a deer collision this week happened at 9 p.m. Friday on Pantigo Road near Maple Lane in East Hampton.