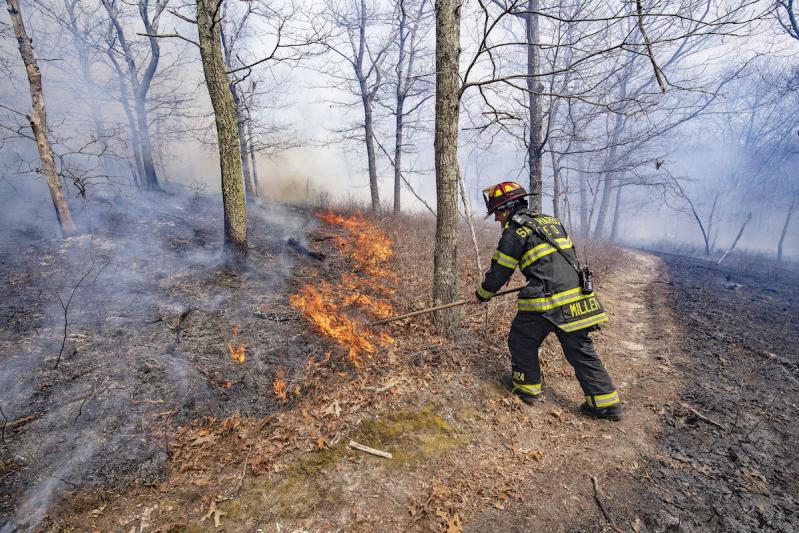 A brush fire steadily crept across approximately 3 acres at the northern edge of the Maidstone Gun Club in Wainscott on Saturday starting around noon. According to East Hampton Fire Department Chief Gerry Turza, a pilot approaching the East Hampton Town Airport called it in, which he said happens every once in a while.

Though “logistically challenging,” with the help of the Suffolk County Police Department’s helicopter for an aerial view the emergency was declared over at 3:30 p.m., Chief Turza said. The East Hampton Town fire marshal is conducting an investigation into the cause of the fire. No injuries were reported.

Brush fire wants to "burn upwards," the chief said, so the hilly terrain allowed it to do just that. The fire traveled through the brush with sporadic “main fronts." It was all-hands-on-deck in response to the “deep-seated fire” located south of the power lines at the edge of the gun club's rifle range, which made navigation difficult, Chief Turza noted.

The East Hampton Fire Department’s brush truck was disabled early in the response due to complicated topography. With the number of hills and hidden rocks, Chief Turza said they were fortunate to have crew members skilled in the “lost art” of tough truck-driving.

The initial fire took a little over an hour to contain and the responders spent about one and a half hours “mopping it up," the chief said. 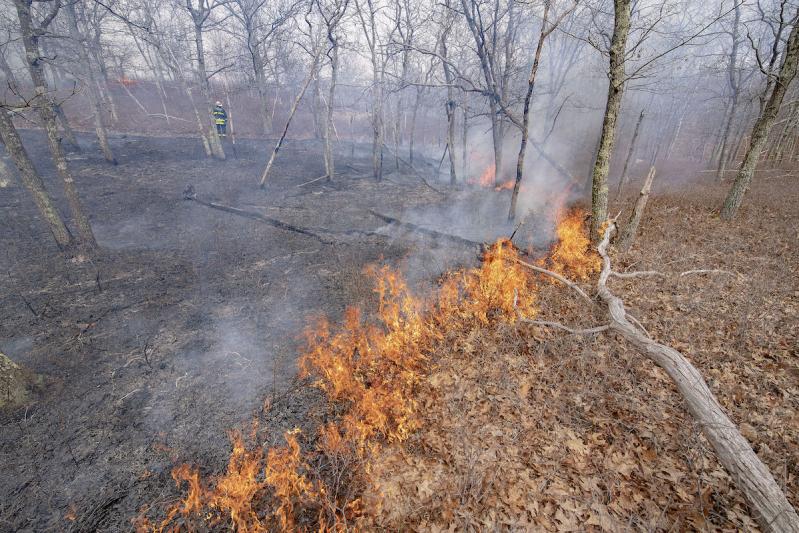 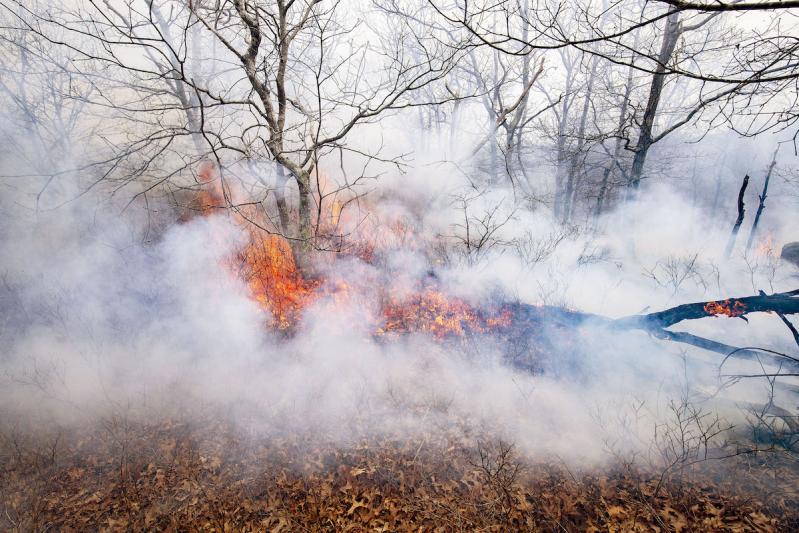 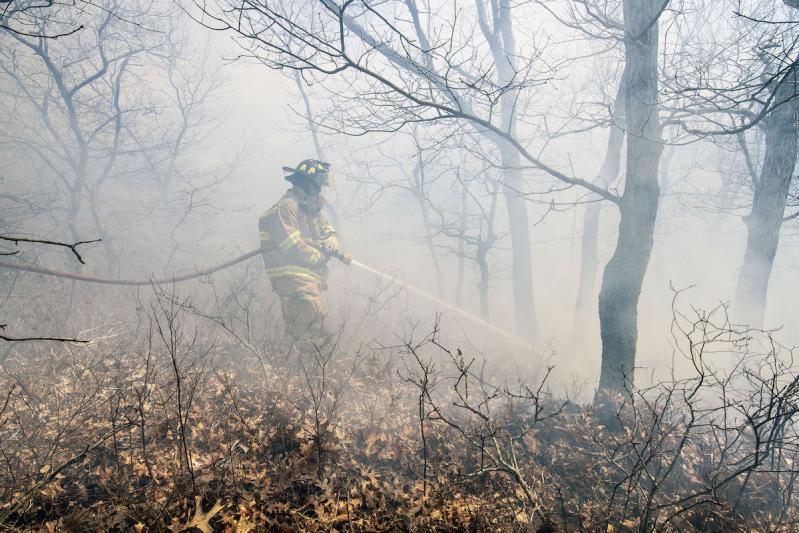 This story has been updated since it was first published to correct acreage and other information that had been provided by the East Hampton Fire Department.