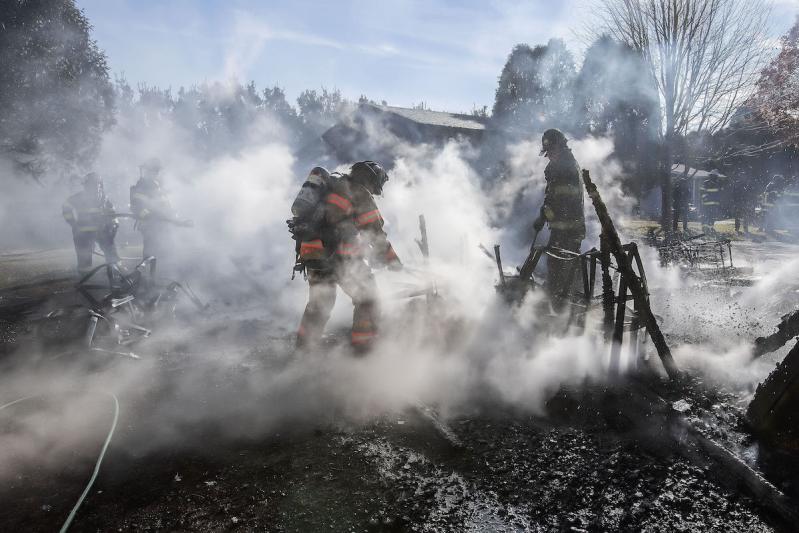 A fire broke out in a small barn at the Applewild Farm on Wednesday.
Michael Heller photos
By Christine Sampson

It took firefighters about an hour to extinguish a fire in a small barn at the Applewild Farm on Meadow Court in Bridgehampton on Wednesday.

Bridgehampton Fire Chief Nick Hemby said Friday that the barn, thought to be used for storage, was fully engulfed in flames by the time crews got there around noon. Fire departments from Sag Harbor, East Hampton, and Southampton responded to Bridgehampton's call for mutual aid.

The firefighters were able "to pull lines and easily get to the fire," Chief Hemby said in a message to The Star. "We had some extension to a large barn and an adjacent smaller barn. It was windy, which was a concern for us."

The farm's owners were on site during the incident, though the barn had been unoccupied. No injuries were reported. The Southampton Town fire marshal is investigating the cause of the fire. 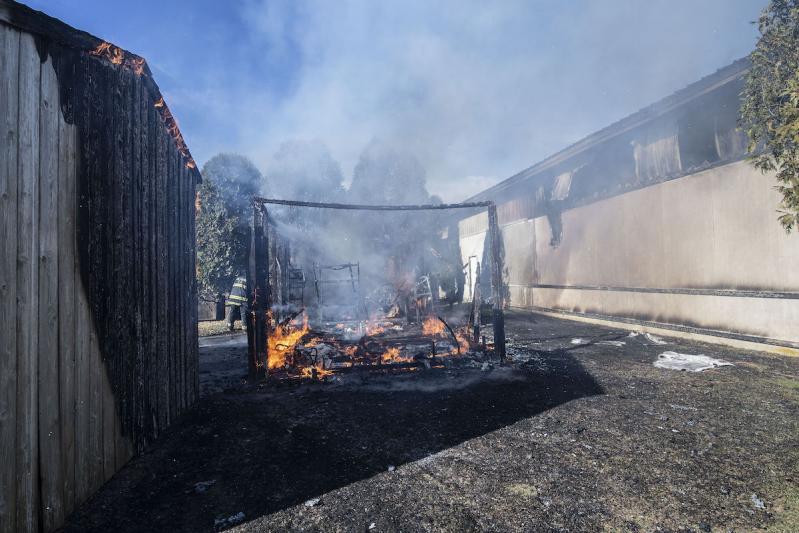 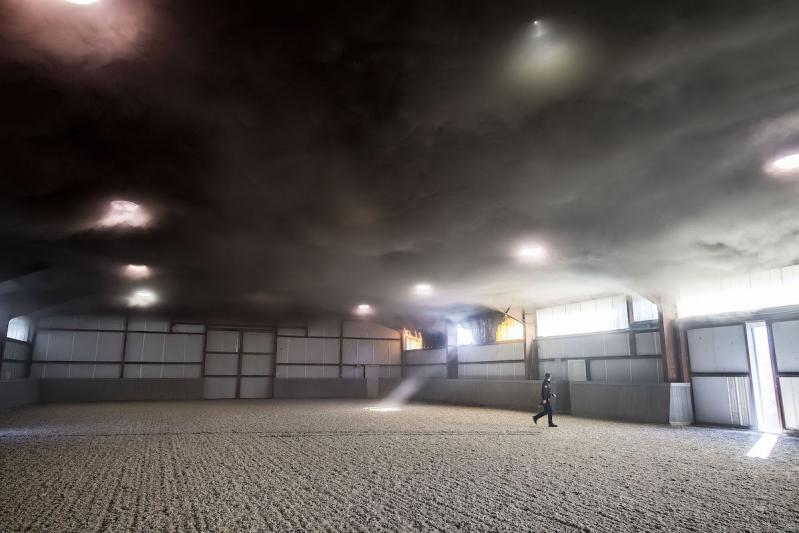 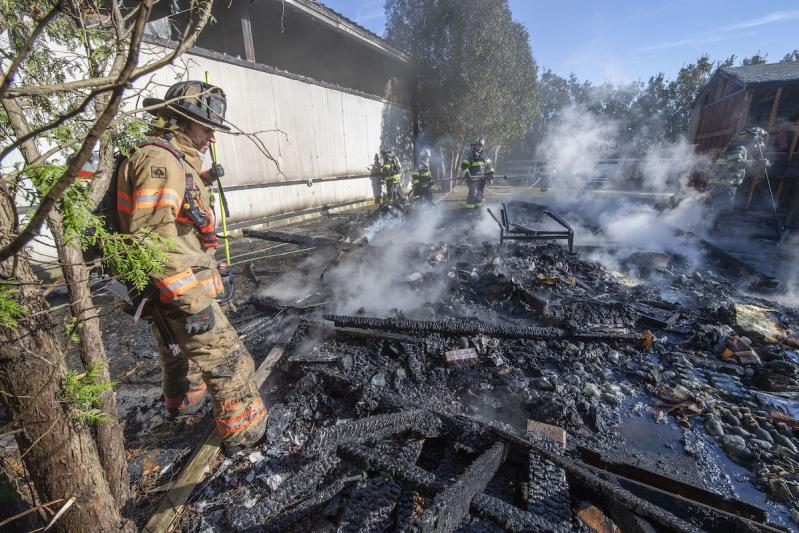