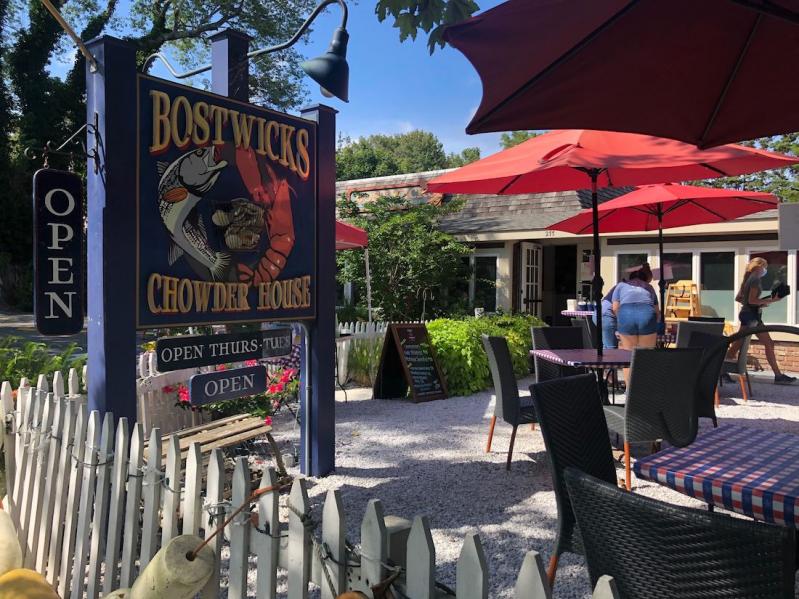 Bostwick's Chowder House was closed on Sunday after an overnight burglary, but had already reopened on Monday.
Christine Sampson
By Anabel Sosa

East Hampton Town police are investigating whether break-ins at two business off Route 27 over Labor Day weekend are connected.

Police were first called around 6 a.m. Sunday for a reported burglary at Bostwick's. Nearly two hours later, they responded to another report of a burglary at Amagansett Seafood, according to Detective Sergeant Dan Toia.

Bostwick's alerted customers to the situation on Sunday morning on its website and via social media, "We are sorry, but due to an unfortunate act of vandalism and robbery, we are currently closed," its post said. "We are all ok and are hopeful that the perpetrators will be caught. We thank you for your support and understanding and we hope to see you soon."

Because the incidents are both under investigation, Detective Toia was unable to release any additional details on the case, including what was stolen or what property was damaged.

By Labor Day, Bostwick's was open again for dining, takeout, and curbside pickup.