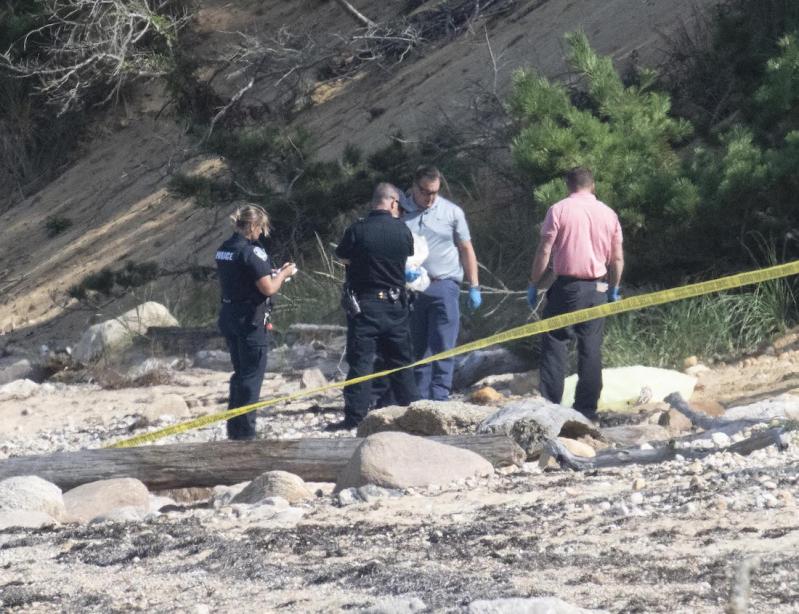 East Hampton Town police and Marine Patrol had cordoned off the area where the body was found and were awaiting the Suffolk County medical examiner on Saturday afternoon.
Doug Kuntz
By Star Staff

East Hampton Town police on Sunday announced that the body of "a middle-aged female" had been found on Saturday afternoon on a rocky section of the beach on the western shoreline of Fort Pond Bay in Montauk.

On Wednesday, Det. Sgt. Daniel Toia of the East Hampton Town Police Department identified the woman as Autumn Maglia, whose last known address was in East Northport. Sunday was to have been Ms. Maglia's 48th birthday. Her identity was not immediately released, but her family has since been notified.

First responders were called to the scene, between Edward V. Ecker Sr. County Park and the Navy Road beach, at 12:49 p.m. Saturday, and found the woman was already dead. The Suffolk County medical examiner removed her body to determine her cause of death.

"Foul play is not suspected at this time," East Hampton police said in a news release on Sunday.

Detective Toia said the medical examiner concluded she had not been dead for more than one day when she was found, as there were "early signs of decomposition."

The incident is still being investigated. East Hampton Town police have asked anyone information to come forward or call 631-537-7575. All calls are kept confidential.

With reporting by Christine Sampson, Bella Lewis, and Doug Kuntz