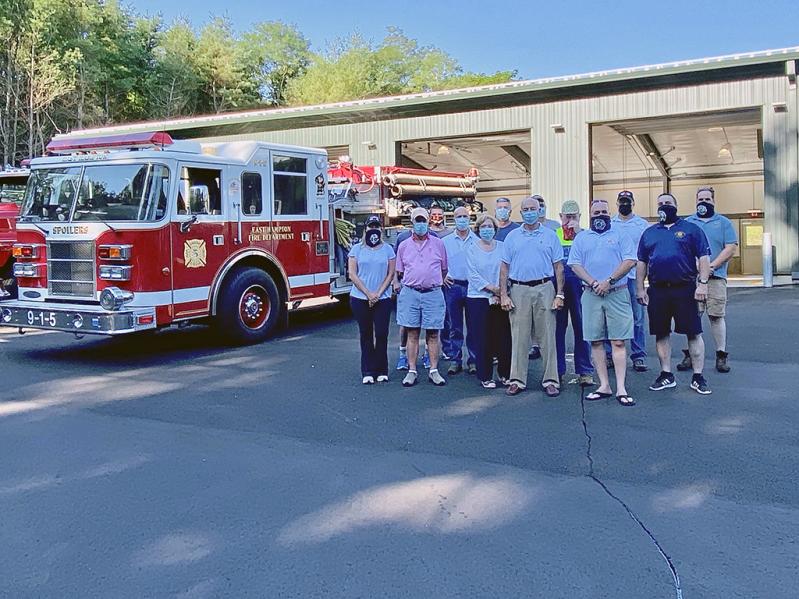 Members of the East Hampton Fire Department, Ambulance Association, and Village Board attended a ceremonial opening of a new fire station that will put emergency vehicles closer to Northwest Woods properties.
Jamie Bufalino
By Jamie Bufalino

The facility was built on the site of former brush dump, which the town leased to the village for $20 a year. East Hampton Village paid for the construction of the $1.4 million project.

"This project was several decades in the making, and it's going to greatly benefit the residents of Northwest," East Hampton Fire Chief Gerard Turza Jr. said. Three fire trucks will be stationed there, he said, and members of the fire department have already had training to adapt to having the new base of operations. "This is going to give us a lot of flexibility," he said.

The substation is expected to have a significant impact on the insurance premiums paid by Northwest homeowners whose properties are more than five miles from the Fire Department's headquarters on Cedar Street.

"It's going to be a great asset, and it's a great example of the village and town providing shared services," said East Hampton Village Mayor Richard Lawler.