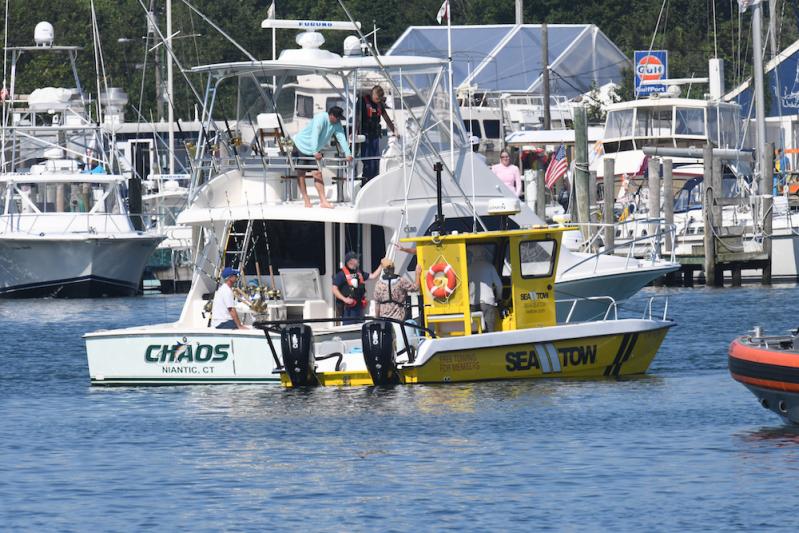 The sportfishing yacht Chaos back in port after colliding with a commercial fishing boat not far from the Montauk Inlet on Saturday.
Doug Kuntz photos
By Anabel Sosa

A 40-foot commercial fishing boat sank on Saturday morning after a yacht of about the same size crashed into it in dense fog not far from the mouth of Montauk Inlet, about a quarter-mile from land.

According to a Coast Guard spokesman, Officer Collin Reichelt, the yacht, ironically named the Chaos, was being driven negligently when it collided with the dragger. The report of the crash came in at around 6:30 a.m. Visibility was just under 100 feet, the Coast Guard reported.

Petrel, the fishing boat, had two on board, the captain and another man. The yacht had three passengers including the operator. None of their names were immediately released.

Petrel's captain acted quickly and was able to jump off the boat along with his passenger in time to avoid being pulled under. On Monday, his daughter, Kelly Mallinson, described the crash on Facebook.

"My dad, a skilled captain and commercial fisherman of nearly 50 years, was in an accident this weekend with an extremely reckless driver of a sport fishing yacht," she wrote. "In shock, my dad knew to get off the quickly sinking boat to avoid being dragged under, and they both safely swam away from the boat."

The Petrel sank 70 feet to the bottom within minutes of the collision. Her captain suffered a shoulder injury and was taken to Stony Brook Southampton Hospital, which released him after treatment. No other injuries were reported.

East Hampton Town police charged the operator of the Chaos with reckless operation of a vessel, a misdemeanor, though detectives said on Tuesday that they are continuing to look into the cause of the crash. The dragger's owner is said to be working with a salvage company to recover the boat. 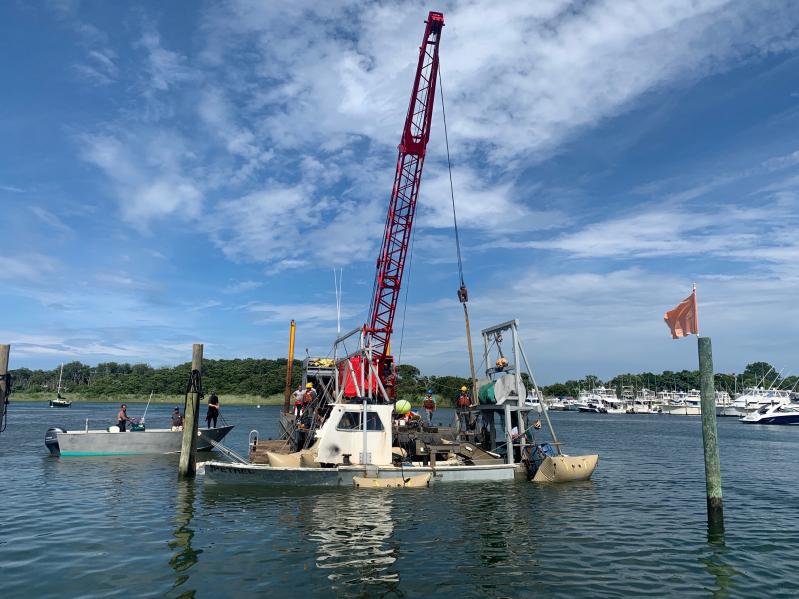 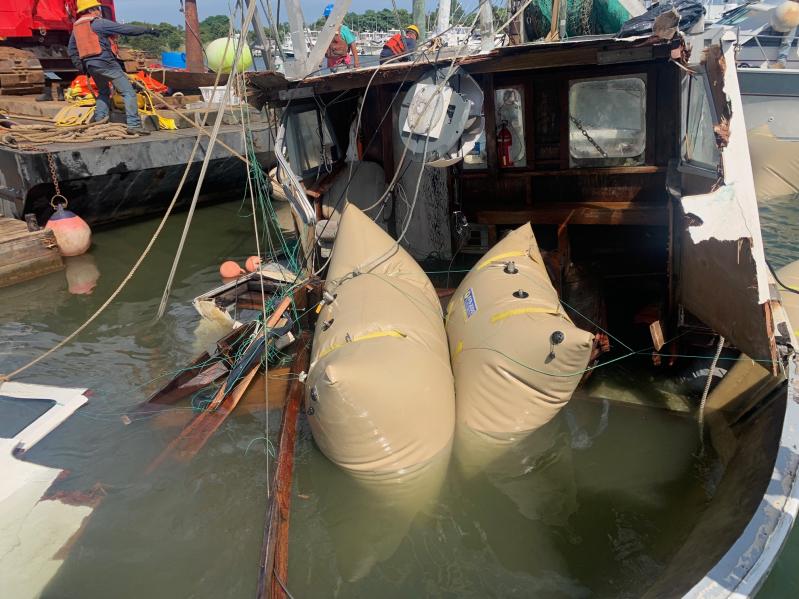 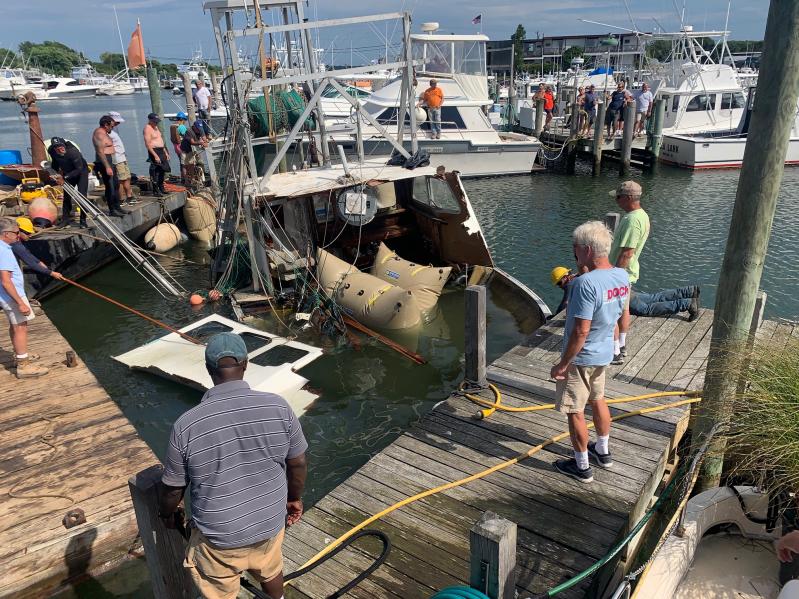