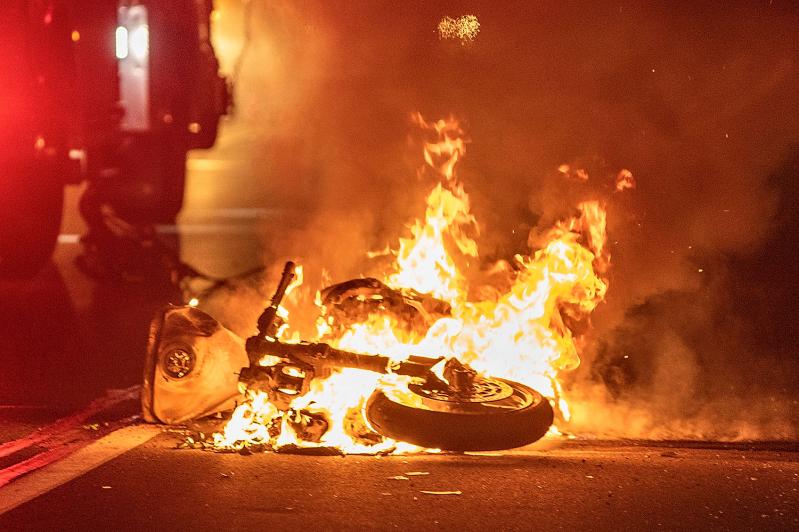 A motorcyclist walked away mostly unhurt after dodging a collision and falling from his Kawasaki, which hit a guardrail and burst into flames.
Doug Kuntz
By Bella Lewis

In a fiery 2 a.m. crash more dramatic than harmful, Matthew Porcelli's motorcycle erupted in flames on Sunday as he was riding east on Montauk Highway near Surf Drive in Amagansett.

Mr. Porcelli, 21, of Commack, told East Hampton Town police he had swerved into the oncoming lane to avoid a collision, lost control, and fell off the 2020 Kawasaki, which collided with a guard rail and burst into flames. The young man got off easy, with road rash to his back but no broken bones.

Amagansett firefighters extinguished the flames, and an Amagansett Fire Department ambulance took Mr. Porcelli to Stony Brook Southampton Hospital to be checked out. He was released after treatment.

Mouhamadou Gaye of East Hampton, 21, told town police he had fallen asleep at the wheel on Friday morning before running off the road at the intersection of Accabonac Road and Collins Avenue, into some small trees. He was driving an Enterprise Rent-a-Car, which was badly damaged and was towed by V&V Auto.