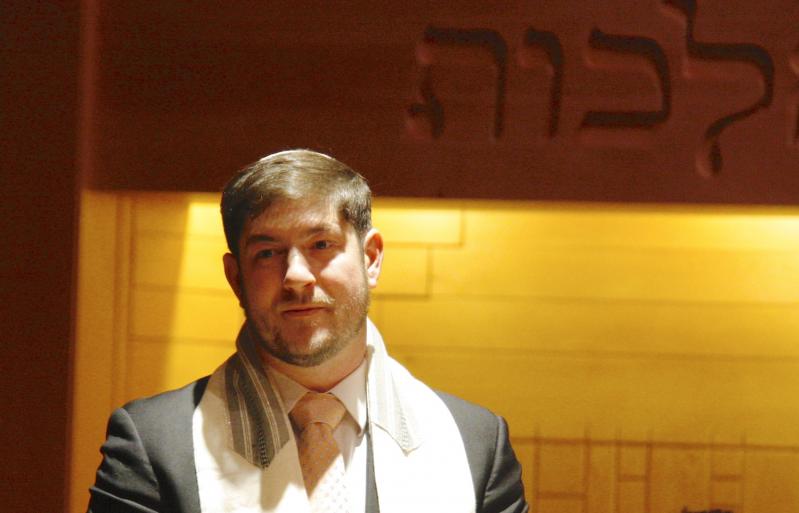 When a man with a gun took a rabbi and three members of his congregation as hostages at the Beth Israel Congregation in Colleyville, Texas, on Saturday — a situation that the hostages survived, but the gunman did not — ripples of resolve ran through Jewish houses of worship here.

In a letter to members on Sunday, Rabbi Joshua Franklin and Rabbi-Cantor Debra Stein of the Jewish Center of the Hamptons acknowledged that they have had to write “many letters to the congregation in the wake of tragedies suffered by Jewish communities around our country and around the world. This morning, however, we feel blessed to be able to write following the successful rescue of a rabbi and three congregants who were held hostage. . . . The Jewish community around the world offered their prayers for the safety of those held captive, and our prayers were answered.”

At Temple Adas Israel in Sag Harbor, Rabbi Dan Geffen said his first thoughts were relief and healing prayers for Rabbi Charlie Cytron-Walker, his people, and their families in Colleyville. “We also, however, have deep concerns that violent attacks against synagogues and religious institutions continue, and, even worse, have become commonplace,” Rabbi Geffen wrote in a letter to his congregation, which was also signed by Alan Leavitt and Ron Klausner, the temple’s co-presidents.

In April 2021, New York City police investigated six attacks on four synagogues over a two-day span. In April 2019, one worshiper died and three were injured in an attack on a Chabad congregation in Poway, Calif., on the last day of Passover, one of Judaism’s most important holidays. The year before, 11 people died and two were wounded in a shooting at the Tree of Life Synagogue in Pittsburgh.

In a February 2020 statement, Jill Sanborn of the F.B.I.’s counterterrorism division acknowledged “the increasingly lethal threat posed by violent extremism to the Jewish community.”

“In just the last 18 months, anti-Semitic terrorism has devastated Jewish communities from Pueblo to Poway to Pittsburgh to Jersey City,” Ms. Sanborn said. “These attacks were planned by individuals with a variety of ideological motivations that justify violence toward others, to include those who advocate for a perceived superiority of the white race. . . .”

Rabbi Geffen promised his congregants that safety and security at Temple Adas Israel “will always be a top priority. Rest assured that we will remain prepared and vigilant, and that we are working with experts to build a modern and robust security infrastructure into the renovated temple — quite literally, from the ground up.”

Sag Harbor Police Chief Austin J. McGuire said Tuesday that he has had “numerous conversations” with Rabbi Geffen, not just in response to incidents affecting the Jewish community nationally and internationally, but also for routine occasions, such as posting officers nearby for High Holy Day services.

The village will likely be adding the temple to its municipal camera system in the future, the chief added. “We work with the state police and Suffolk County police,” he said. “If there’s anything going on, we know about it.”

“We all wish very much it was not necessary,” Rabbi Geffen said, “but it has always been reassuring to know we have a police force that cares deeply about our community and responds so quickly in times of crisis.”

Rabbi Franklin and Rabbi Stein said they’d heard from the East Hampton Village Police Department almost immediately when the news of the hostage situation in Colleyville broke. Rabbi Franklin said he was grateful for that outreach. “Recognizing that every Jewish community is a potential target, we work diligently with law enforcement to secure our building and provide protection whenever and wherever we gather. Our security team will continue to evaluate the needs of our community to ensure the safety of the Jewish Center.”

“The Jewish people have persevered through the ages, weathering countless threats, pogroms, and acts of violence,” their letter concluded. “May the virtues that have sustained us — those of resilience, fortitude, and hope — continue to guide us forward through whatever adversities we may face.”

Free Car Seat Checks in Southampton
Battle of the Books, and More Fun for Teens
This Week's Happenings in Montauk
END_OF_DOCUMENT_TOKEN_TO_BE_REPLACED