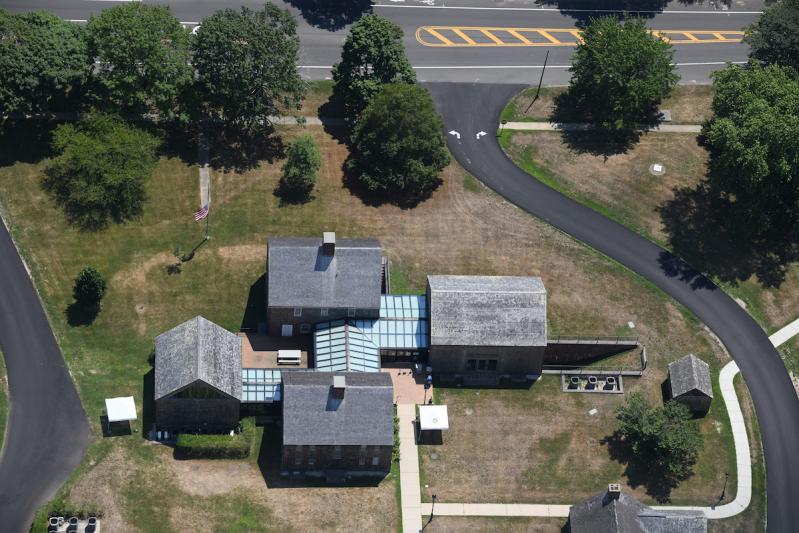 WGP Contracting, Inc., was awarded a municipal contract for replacing cedar shake shingle roofing on town buildings, Mr. Proefriedt began paying several of his roofers as laborers, in violation of state prevailing wage rules, which stipulate that roofers be paid at a higher rate.
Doug Kuntz
By Christine Sampson

WGP Contracting Inc., owned by William G. Proefriedt of Bay Shore, 58, who also does business as William G. Prophy L.L.C.,will pay $32,553 in wages owed to the employees, more than $10,000 in restitution to the New York State Department of Labor, and a fine of $2,500. As part of his plea deal, he also signed a stipulation of wrongdoing that will prevent him from being able to bid on public works projects for five years.

Mr. Sini said in a press release that the company provided “certified payrolls to the Town of East Hampton that contained the misclassifications and falsely asserted that the workers had been paid properly,” which led to Mr. Proefriedt’s conviction on a felony charge of offering a false instrument for filing in the first degree.

Roberta Reardon, commissioner of the State Labor Department, said in a statement that “by cracking down on those who steal from these hardworking New Yorkers we send a clear message that wage theft will not be tolerated in this state. The Department of Labor is proud to work with the Suffolk County D.A.'s Office and all our law enforcement partners to put an end to this type of worker exploitation."

Raymond Perini, who represents the contractor, said Saturday that his client entered "a corporate plea" of guilty to "a technical charge of failing to conform to certain wage schedules."

"This case Illustrates the problem that small family businesses such as Prophy, L.L.C., with half a dozen employees, mostly family members, have in dealing with public works projects," Mr. Perini said. "Small companies, such as this, often have laborers performing a number of tasks during the day, and each one may be covered by a different standard during a different time of the day. It is fertile ground for their competitors to make complaints about them, to harm them, and clear the field for their own bids."

He called the charge "a technical violation of an arcane statute."

"These matters should be handled civilly and do not need to be part of the criminal justice system," Mr. Perini said. "The prevailing wage schedules should be simplified to make them easily understandable by lay people."

Mr. Proefriedt's company was also charged with the same offense in 2018 in Southampton Village while working on the Pyrrhus Concer House restoration project. Mr. Sini said that charge has been “dismissed in satisfaction of today’s plea and the stipulation of wrongdoing with the Department of Labor.”

In that case, Mr. Perini said, "the government failed to properly investigate it before acting on the complaint of Mr. Proefriedt’s competitor."
--
Note: This article has been updated to include additional information and comments provided by William G. Proefriedt's attorney.