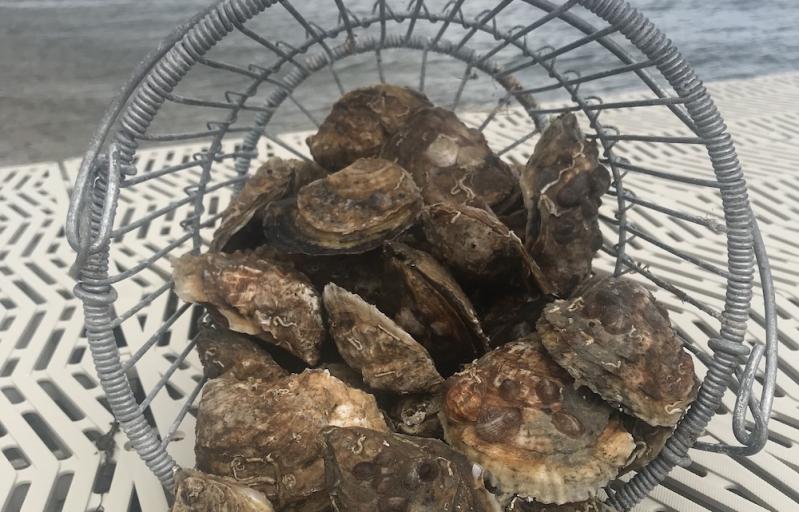 The pandemic has seriously impacted many who fish or work on the water for a living. With restaurants and the food service industry taking a big hit, the demand for various seafood products, including oysters, has been severely curtailed. As a result, many of the oysters raised by oyster farmers have grown to a size that is considered too large for sale and general consumption.

The good news is that a lot of those oysters, which can live well over 10 years, will find a new home, back in the water and not served on a restaurant plate, thanks to a partnership between the Nature Conservancy and the Pew Charitable Trusts.

Last month, the organizations combined forces to launch the Supporting Oyster Aquaculture and Restoration program, which will extend $2 million in payments to oyster farmers to support more than 100 shellfish companies and help preserve over 200 jobs in New England, the Mid-Atlantic, and Washington State. Simultaneously, over five million of the older oysters will be deployed to rebuild 27 acres of imperiled native shellfish reefs across 20 restoration sites.

On Long Island, the program will begin to buy oysters from local farmers to use in nearby oyster reef restoration sites, including ones in Shinnecock and Moriches Bays. Over the next few weeks, several Long Island oyster growers will deliver 350,000 oysters so that they can be counted, cleaned, recorded, and, most importantly, replanted for restoration.

Oyster beds are an important part of the marine ecosystem, serving as nurseries for fish and wildlife, as well as reducing the dangerous action of storm waves. Oysters also act as a filter, helping to provide clean water for swimming, boating, and fishing. A single oyster can filter up to 50 gallons of water a day.

The sight of oyster dredge boats working the bays was a common occurrence on eastern Long Island, especially in the Peconic Bay estuary system, for nearly a century. Several oyster companies leased bottomland to farm vast acres of oysters until the late 1970s, when the beds died off due to disease and other factors. But over the past 25 years, a number of independent oyster growers have sprouted up across Long Island and the East End, reviving the industry as the demand for the tasty bivalves increased.

Mike Martinsen, the owner of the Montauk Shellfish Company, who raises his line of oysters -- Montauk Pearls -- in Montauk Harbor and Block Island Sound, expects to deliver 20,000 overgrown bivalves to the Nature Conservancy office in Cold Spring Harbor next week.

”It’s a great idea, as the pandemic has really hurt all of us in this industry,” said Martinsen, who started his business in 2009 and in normal times would regularly supply his prized oysters to a number of restaurants in Manhattan and the Hamptons.

”I like to say that an oyster in the wild is way more valuable than an oyster on your plate,” he added. “Wild oysters have been overharvested and human population density issues have hampered their comeback. As filter feeders, habitat oysters are a priceless piece in the balance of life. Farm-raised oysters add to the wild population and provide both habitat and water filtration for our bays.”

Martinsen, who estimates that he currently has about one million oysters in his holding cages, said that while summer saw a slight uptick in business, the now colder months have once again brought business to almost a standstill.

”It’s been very tough for all of us who work on the water,” he said, noting that he has resorted to selling and delivering his oysters to directly to East Enders at home. “We have to find a way to survive and pay the bills,” he said, and “the response has been good.”

”It’s nice that this is being done and it should help the industry,” said Kim Tetrault, a community aquaculture specialist who oversees the Cornell Cooperative Extension’s hatchery in Southold.

With my own boat out of the water for the season, it was time last week to refocus attention on my crop of oysters growing in two vertical netted cages at the end of my next-door neighbor’s dock on Shelter Island Sound. I had been a bit negligent since receiving my yearly allotment of young spat in early June from the Cornell Cooperative Extension.

Back then, Tetrault, the resident chief oyster guru, provided me with an even split of my 1,000-count of the bivalves. The first batch were hatched the previous year and were a bit smaller than a silver dollar, while the remainder were newborns about half the size of a dime. They were so small that all 500 of could fit in the palm of my hand.

A quick check on the oysters in August revealed that all was well, but when I did a thorough inventory last week to replace the cages and cull out any dead loss, I was stunned to see that all of them had survived and thrived over the past six months.

The growth was remarkable, and the older ones from last year were already at prime eating size. I was also surprised to find about 200 young scallops in my cages that were likely hatched in June and found a safe home inside the mesh netting. Life, underwater at least, was much more blissful than what we’ve experienced on land this year.

On the local fishing scene, when the winds allow, blackfish, sea bass, and cod can be had in good numbers off of Montauk and Block Island. In addition, schools of striped bass continue to please shoreline anglers along the ocean beaches as well as at bayside locations such as Albert’s Landing in Amagansett.

”The bass are small, but there are plenty of them around,” confirmed Harvey Bennett at the Tackle Shop in Amagansett. Looking for some holiday gifts for the angler in your life? Bennett, with his Santa-like beard, is conducting a 50 to 70 percent off sale at his shop on Montauk Highway. He will be open on Friday afternoons, Saturdays from 10 a.m. to 2 p.m., and by appointment. He will also be open the week leading up to Christmas.

Ken Morse at Tight Lines Tackle in Sag Harbor is also offering a number of items on sale in his establishment, which is open Thursday through Monday.

By the way, both establishments sell oyster knives.