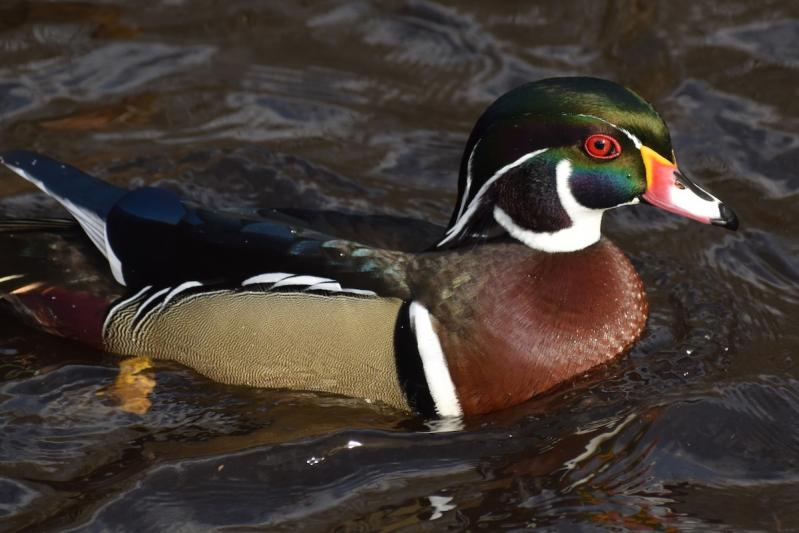 Mr. Bonkamp and Mr. Wilson summarized the trends for the birder community in an email: "Seawatchers benefited from calm winds and lack of precipitation, and duck numbers were relatively strong with large bodies of fresh water unfrozen. But the snow that coated the area [earlier in the week] lingered on, contributing to the absence of several regular passerines like Orange-crowned Warbler and Common Yellowthroat."

The highlight of the day was the sighting of a wood thrush, the first in the count record, in the Point North area. Mr. Bonkamp and Mr. Wilson also reported a painted bunting near Culloden Point (third count record), a male Barrow's goldeneye off the eastern coast of Gardiner's Island (fourth count record), and a flyover western kingbird near the Montauk Downs golf course (sixth count record).

Two evening grosbeaks were recorded for the first time since 2001, one near the Montauk Airport and the other by Camp Hero State Park. A low finch count surprised the teams, considering it was an irruption year, when a cool, rainy spring causes pine and spruce trees to produce fewer cones. Northern songbirds respond by flying south in search of food, causing a boom in their numbers, but the Montauk birders recorded only three red crossbills, eleven common redpoll, and five purple finch. No pine siskins were spotted. A white-winged crossbill was observed along East Lake Drive a week or so before, but not on Count Day.

In Montauk, where trends usually diverge compared to elsewhere on Long Island, a yellow-breasted chat was seen for the seventh time in the last 10 years, a dovekie for the fourth time in 10 years, and a rough-legged hawk for the 10th time in 10 years. American crow numbers remained high (480), but fish crow went unrecorded for the third consecutive year.

Frank Quevedo, executive director of the South Fork Natural History Museum and Nature Center, kicked off the count at 5 a.m. with a few others, looking for owls in the darkness, but most of the birders were out from sunrise to sunset.

"I think it was definitely a little harder for Frank to coordinate it and to get people who felt comfortable to do it," said Rachel Speckenbach, an environmental educator at SoFo who led her young birders club, ages 8-18, along the trails. "Usually it's a big social event, meeting up, getting coffee, driving in the same car. But I had a lot of fun with my young birders, though I limited the number for safety reasons."