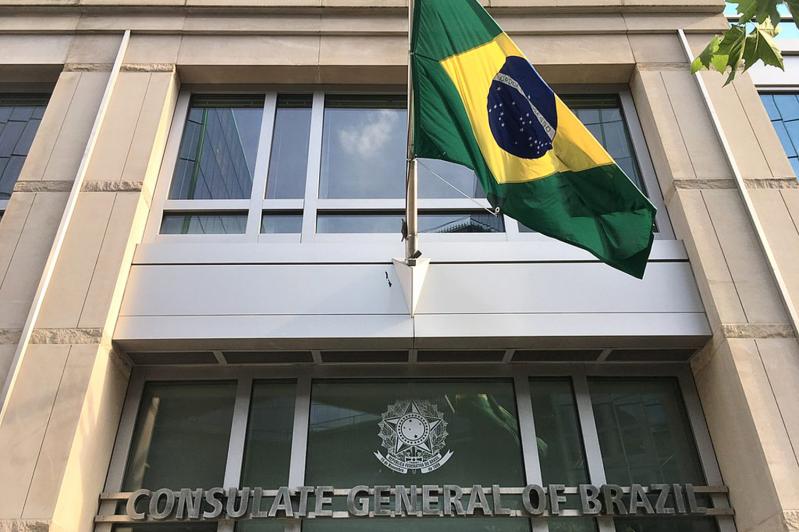 Ah, the elderly-friendly confines of the Brazilian Consulate. Confused? Read on . . .
By Alice Henry Whitmore

Even though I’m old enough to remember all too well when Sir Paul was a Beatle, I tend to bristle when addressed as “ma’am.” Ma’am is so, well, elderly. I much prefer “Miss,” and I think I will prefer it till the day I’m deaf as a post and have to lip-read any and all forms of address.

Incidentally, I have a friend who hates being addressed as “Mrs. Smith” (not her real name, of course). “My mother-in-law is named Mrs. Smith,” she correctly, if somewhat peevishly, explains. So I don’t think flinching at “ma’am” is all that prickly.

Maybe I’m extra-sensitive about the ma’am thing because I had my daughter so late in life. Relatively speaking, that is. There I was, the year I turned 40, having a baby. The year my mother turned 40, I (her baby) was heading to college. This makes me officially an Older Mother. Actually, older mothers like me are not all that rare these days. But you can still get the odd Old Mom Moment.

There was the time I took my then-8-or-so daughter to a podiatrist for reasons that I cannot recall. What I do remember is that the doctor’s assistant, before ushering my youngster into the exam room, asked her, “Do you want your grandma to come in with you?”

Quick etiquette note: If you see a woman — any woman, even one hobbling along with a cane — if you see that woman with a small child, always assume that she is the mother. Trust me. If you say something like “What is your baby’s name?” to she who is in fact the mother, you’re golden. If she’s not the mother, she won’t mind one bit. She’ll blush and smile and admit her proud grandmotherhood. Probably treat you to a coffee, too.

Here I must admit that, as much as I prefer Miss, there are some perks associated with being a ma’am. I remember a particular instance from a couple of years ago when I was applying for Brazilian visas for a trip to the Amazon. (See, even ma’ams like adventure.)

I had just cleared the metal detector and was eyeing the D.M.V.-worthy line of hopeful Brazilian visa-getters snaking its way around this cavernous holding pen of a room in the consulate when a security guard asked me sweetly, “How old are you, ma’am?”

I was somewhat taken aback, but when I told him my age he took me by the arm and led me right up to the front of the line. Apparently, in Brazil (and the consulate counts as Brazilian soil) anyone of advanced age goes directly to the front of any line. Whether it’s in the supermarket or at the movies or in the ding-dang consulate. So there. I had a feeling I was going to like Brazil. And indeed I did, especially since I can’t recall anyone there calling me ma’am.

Unless they did and it just sounded nicer in Portuguese.