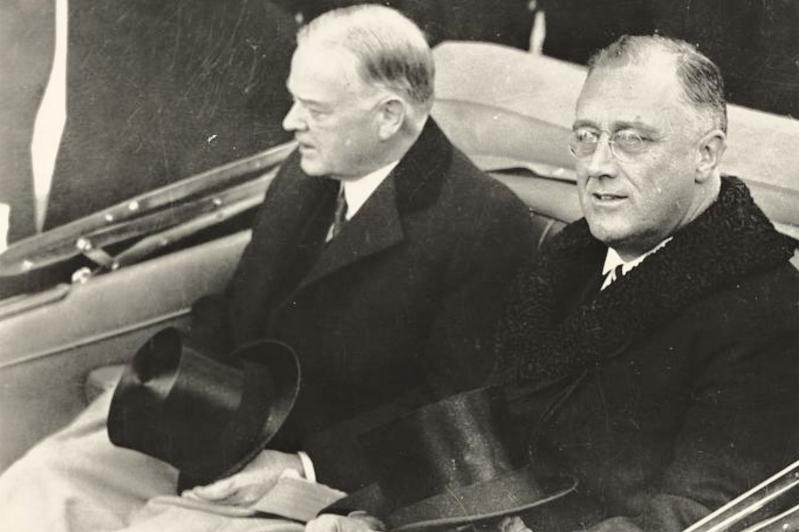 President-elect Joe Biden’s last major campaign speech was in Warm Springs, Ga. That’s where Franklin Delano Roosevelt learned to live with polio. In a major compassionate initiative, F.D.R. used up two-thirds of a legacy from his father to buy the rehab center and then made the treatment free to patients who couldn’t pay.

As Biden said, “F.D.R. came looking for a cure, but it was the lessons he learned here that he used to lift a nation. Humility, empathy, courage, optimism.”

F.D.R.’s road to the presidency had its bumps. When he contemplated the cost of running for governor of New York in 1928, it was clear that his generosity in Georgia had depleted his finances. To create a path for F.D.R. to make that run, someone had to step up to raise the money to pay off the Warm Springs debt. That person was an East Hampton seasonal resident, Will Woodin, a railcar titan who lived near the Roosevelts in New York City and became a friend of F.D.R.’s and a member of the Warm Springs Foundation board.

Woodin got the Warm Springs debts covered. Cleared to run, F.D.R. won the gubernatorial race handily twice. In his second term (they were two years then), he pursued the most aggressive stimulus program in the nation, responding to post-1929 unemployment and thousands of bank failures. His success got him nominated to be the Democratic candidate for president at the convention in Chicago.

When 20,000 unemployed World War I veterans came to Washington in 1932 to petition for early payment of wartime bonuses, they created a shantytown. President Hoover ordered the Army to clear it out. Gen. Douglas MacArthur dispersed the unarmed protesters with tanks and tear gas and burned their tents. F.D.R. predicted: “MacArthur just prevented Hoover’s re-election.”

President Trump didn’t learn from this. When asked to take similar action, Defense Secretary Mark Esper recoiled at the idea, and has just been relieved of his office. Trump will have had four defense secretaries in four years.

Of the record 40 million voters who turned out in November 1932, F.D.R. won roughly 23 million votes to Hoover’s 16 million, carrying 42 states. F.D.R. took the House 3 to 1 and the Senate 60 to 36. Total spending on F.D.R.’s and Hoover’s campaigns came to $5 million, 13 cents per vote — about $3 per vote in 2020 dollars. The latest Federal Election Commission report on the 2020 election shows nearly $4 billion in spending by all presidential candidates — $27 per vote, a ninefold increase. Adding in PACs brings spending up to $73 per vote, a 24-fold increase. By comparison, candidates in the most recent national elections spent $1 to $2 a vote in France and the United Kingdom and $6 a vote in Canada.

Elected on Nov. 8, F.D.R. had to wait until March 4 to take office. In the intervening four months, he resisted Hoover’s efforts to get him to make statements reassuring the nation that the F.D.R. administration would maintain the gold standard and a balanced budget. F.D.R. said he was still a private citizen and dismissed the value of “mere statements” as opposed to action. From the vantage point of today’s economics, his plan was superior.

His biggest transition job was filling his cabinet. The top job was secretary of the Treasury. F.D.R. reportedly offered the position to Senator Carter Glass, who headed the Senate Banking Committee. Glass declined because of ill health. In response, F.D.R. appointed as Army secretary the other Virginia senator, Claude Swanson, so he could get Harry Byrd installed to fill the Senate vacancy. For Treasury, he reached across party lines to appoint Will Woodin, whom he had been previously considering for Commerce. Woodin accepted. The other two Republicans were Harold Ickes of Chicago for Interior and Henry Wallace of Iowa for Agriculture.

Woodin was an inspired choice, a Republican who had run for Congress in 1884 in Pennsylvania on a sound-dollar platform and lost to a Civil War veteran and easy-money advocate. Of the three Republicans in F.D.R.’s first cabinet, Woodin was the only one F.D.R. knew well and was the only one with connections to the New York establishment.

For Agriculture, F.D.R. had at first named Henry Morgenthau Jr., an apple farmer from Dutchess County whose father was a major campaign contributor, Hyde Park neighbor, and personal friend of F.D.R.’s. Farm representatives objected, however, perhaps because Morgenthau was Jewish and few farmers were. Instead, Morgenthau was put in charge of the Farm Credit Administration. (As a personal aside, my father won his first career job in 1932 as staff for Morgenthau’s agency based on a competitive exam, and he remained with the U.S. government through F.D.R.’s death in 1945.)

Neither of F.D.R.’s major rivals for the nomination — Al Smith and Newton D. Baker — was included in the cabinet, nor consulted, nor were any of their supporters. They were deeply opposed to his policies, and F.D.R. had an agenda of liberal reform. He had no time to waste on obstruction within his own camp.

F.D.R.’s cabinet was a mixture of payback for political debts, geographic representation, a search for people with technical skills, and gender representation. It was the first cabinet ever to include a woman, at the new Department of Labor, Frances Perkins of New York; she had created and headed the New York Labor Department when F.D.R. was governor. With three Republicans, F.D.R.’s cabinet was also unusually open to members of the opposite party.

This year’s large field of Democratic candidates for president offers Biden many opportunities to emulate the strategies of F.D.R. and other presidents. His “audacious” vice presidential appointment of Kamala Harris, who was tough on him during the primary, suggests that Biden is not looking for yes men or yes women.

Here are some names that have been mentioned for Biden’s cabinet: in a volatile environment, Michael Bloomberg to Treasury (he might accept this time — he turned down Obama’s offer). Rising star Mayor Pete Buttigieg at Housing and Urban Development. Gov. Jay Inslee of Washington State at the Environmental Protection Agency. Senator Bernie Sanders at Labor. Senator Elizabeth Warren at the Consumer Financial Protection Bureau. Donna Shalala, who recently lost her Florida House seat after a productive first term, at Health and Human Services, which she headed under Bill Clinton.

And here is an aisle-crossing idea. Learn from F.D.R. by appointing a G.O.P. senator to a cabinet spot from a state where the vacancy has a chance of getting filled by a Democrat. Senator Mitt Romney of Utah for Commerce? Senator Pat Toomey of Pennsylvania for the Securities and Exchange Commission? Senator Lisa Murkowski of Alaska for Defense (or restore Mark Esper)?

Hoedown on the Farm, Cocktails in the Garden
Main Beach Free Concerts in Final Weeks
Services and Counseling After Death of Popular Teacher Assistant
END_OF_DOCUMENT_TOKEN_TO_BE_REPLACED