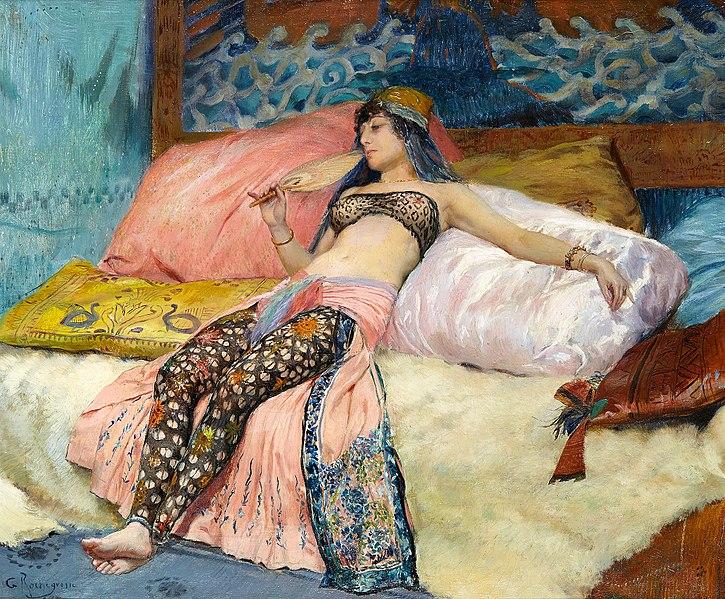 Did you see the New York Times piece this weekend about a pro-laziness movement led by a factory dropout from Zhejiang Province, China? “These Chinese Millennials Are ‘Chilling,’ and Beijing Isn’t Happy” was the headline. And the subhead: “Young people in China have set off a nascent counterculture movement that involves lying down and doing as little as possible.”

Read further, and you see it’s not really about napping and being a total slug, but about reclaiming your life from the Man. Work stoppage. “Five years ago,” reports Elsie Chen, “Luo Huazhong discovered that he enjoyed doing nothing. He quit his job as a factory worker in China, biked 1,300 miles from Sichuan Province to Tibet, and decided he could get by on odd jobs and $60 a month from his savings. He called his new lifestyle ‘lying flat.’ ”

Followers of Luo are numerous enough, apparently, to be giving the government fits. It has banned any reference to lying-flat-ism —  “tangping” in Mandarin, according to The Times — in the media or on T-shirts. One tangping proponent quoted in the article cuts the peel away to the pith and describes it as “silent resistance.”

Lying flat is a refusal, in short, to participate in the global corporate economy. People all over the world can surely relate: The majority of us give up most of our waking lives to these earth-spanning, earth-destroying corporations or the industries that support them. To whose benefit? (It seems ironic to me that the “communist” Chinese government wants its citizens to continue giving their all for the corporations. We are truly living in the Upside-Down these days.) “We don’t have to be like this,” wrote Luo in his sensational blog post in April, which drew millions of readers and kicked off the youthquake. “I can just sleep in the sun in my wooden bucket like Diogenes, or I can live in a cave like Heraclitus and think about ‘logos.’ Since this land has never had a school of thought that exalts human subjectivity, I can develop one of my own.”

He was more overtly political in his remarks to the Times reporter: “Do we have to work 12 hours a day in a sweatshop,” Luo said, “and is that justice?”

I followed the Times hot-link to a video on YouTube that shows a musician from Wuhan strumming a guitar and singing an acoustic, lying-flat-ist resistance tune. It is a catchy critique of the common standard of “996” — that is, working from 9 a.m. to 9 p.m. six days a week — and he performs it supine on a couch, with bare feet, a cap pulled low over his eyes. Unless you have a keyboard that types Han characters, I don’t think you can find this video by a keyword search. (An English-language keyword search on YouTube will take you, instead, to a “news”-slash-propaganda report that features a hip-looking Chinese teenager explaining that lying flat is a “sluggish life attitude without ambition.”) You will have to overcome your indolence and type in the actual link: https://www.youtube.com/watch?v=corZx0a1yRU :

My hair is falling out

Alipay [a quick-payment app akin to Paypal] may seem refreshing at first, and so easy

But you need two bodies, both busy, to make the repayment

Lying flat is the magic weapon, a talisman

Lying down is really good

Lying down is wonderful

Lying down is the royal way, the right thing to do

By lying down you also protect the environment.

One viewer commenting on the YouTube video this weekend quoted Thoreau at length; another proclaimed, “Walt Whitman would be proud!” Right on, brothers and sisters. Loafing has been a countercultural thread in the hard-working, hard-charging fabric of America, as tugged at by Whitman in his slouch hat and unbuttoned shirt as by the hippies and beatniks. (Maynard B. Krebs, a cartoon beatnik on the early-1960s sitcom “Dobie Gillis,” would yelp in fear, or faint onto the floor, whenever someone used the word “work.”) Luo is recognizably a fellow traveler of Walt, that wandering nonconformist who, of course, opened his famous metaphysical opus with an image of laziness: “I loafe and invite my soul,” he wrote, annoying the heck out of the preachers and squares. “I lean and loafe at my ease observing a spear of summer grass.”

I’m of the right generation to have been a slacker in the 1990s, the golden age of couch surfing and cigarette-bumming, but I’ve never been one. Perhaps this is because I witnessed the 1970s’ tail end of the hippie experiment, and saw just how ugly a mess can be left behind — like trash after an outdoor Phish festival — when you tune in, turn on, and get so blitzed out of your brains you forget there are other people in the world who have rights and needs, too. I saw the dream of the Summer of Love decay into the stoned and useless Rainbow Gathering and thought “Ewww!” I also haven’t been a slacker because I don’t have the fortitude or self-discipline. I realized long ago that you need some sort of inner iron, that I’m lacking, to make — or do — very much without the external structure of employment.

Indeed, I’ve never stopped working since the summer I was 14 and spent a few months as an unpaid intern at Guild Hall, building theater sets with power tools, unsupervised, in a horse barn on North Main Street. My first paying job was behind the bakery counter at the Amagansett Farmers Market, where I served croissants to Lauren Bacall and fresh-ground peanut butter to Paul Newman, who took a peanut out of my cupped hand. My summer gig at 16 was selling handbags at the Coach outlet in Amagansett, where Organic Krush is now; Coach is where I learned the word “patina” — as in, “The saddle leather of the handbag acquires a rich patina as you handle it over the years.” (They don’t make Coach bags like they used to. When I was on the payroll they were stitched in New York City. Today they are mostly made 996 in Shenzhen and Dongguan.) At 17, I was a bus person at Little Rock Lobster on Three Mile Harbor, but quit in July to become a waitress at Eddy’s Luncheonette on Newtown Lane. It was at the luncheonette that I learned to carry three dinner plates on either arm, feeling bad to the bone, and was initiated into some insider greasy-spoon lingo: “Whisky down” meant “rye toast.”

“To lie flat,” The Times reports, “means to forgo marriage, not have children, stay unemployed, and eschew material wants such as a house or a car.” That isn’t in my future, as I already have two children and a Honda and a house, and, subsequent to all those possessions, have become all balled up in the capitalist economy. But, still, I’d genuinely like to schedule some loafing time. Not for actual loafing, but to do hard work for something other than money and the Man. Maybe I can do some lying flat for a few weeks between the end of my current Covid-contact-tracing job (whenever that may come) and the start of my next gig (whatever that may be). Contemporary work life, with the commuting, the ball-and-chain emails from your boss or clients, the horrible health insurance, the hypertensive pace? I think we can all agree it’s for the birds.