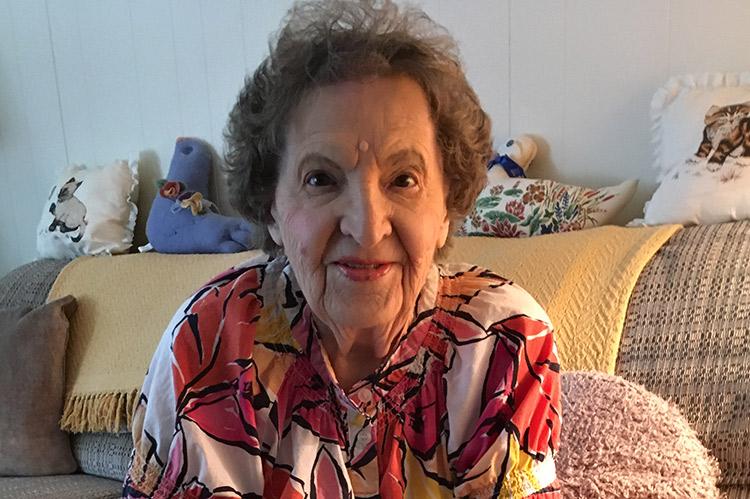 Elinor Irene Nason, a stay-at-home mom for many years, died at home in Springs on Sept. 11. She was 90. Her family and hospice caregivers were with her at the time of her death.

Mrs. Nason was born on Jan. 3, 1932, in Worcester, Mass., to Albert Davenport and the former Elizabeth Millen. A 1949 graduate of Grafton High School in Massachusetts, she was known in her yearbook as “having a sweet disposition and a friendly manner,” her family wrote.

After marrying Clyde Nason, also a Massachusetts native, the couple moved to the South Fork in the early 1950s, when Mr. Nason, who was in the Air Force, was transferred to the base at Camp Hero in Montauk. Mr. Nason also served in the Navy.

The couple eventually settled in Springs with their four children. She enjoyed cooking and made a great homemade spaghetti sauce, her family wrote.

Her husband of 62 years died in 2012. Mrs. Nason’s brother, Robert Davenport, also died before her, in March. She is survived by her children, Cheryl Beimly, John Nason, and Mark Nason of Ohio and Pamela Nason of East Hampton. She was a proud grandmother of nine and great-grandmother of nine, and had several nieces and nephews.

Her family said they were grateful for the care she received in her final days from her aide, Shorena Jikuri, and from East End Hospice.

There will be a graveside service at Riverside Cemetery in Grafton, Mass., at a later date.

This obituary has been updated to correct the spelling of Elizabeth Millen's name.