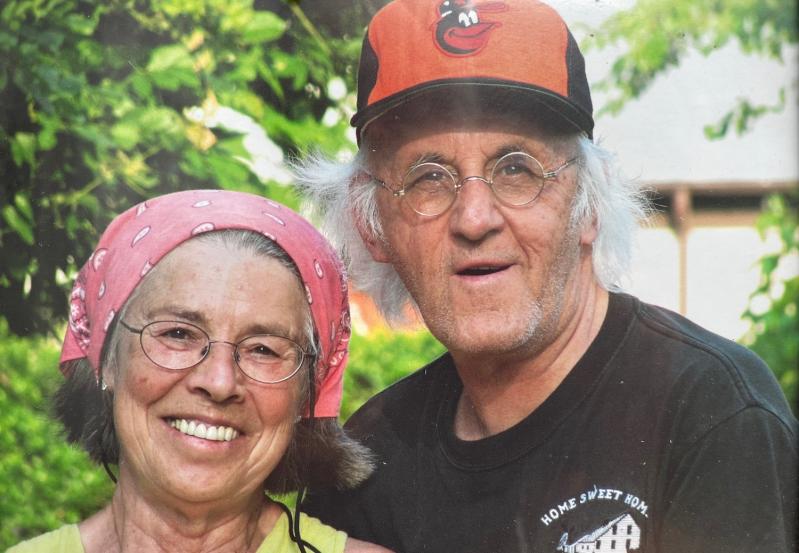 Loretta Orion, a retired anthropology professor, author of two books, and former French teacher who developed the gardens at the Home, Sweet Home Museum in East Hampton Village, died on July 25 at home in Amagansett. She was 77 and had been in declining health after having been diagnosed with Alzheimer's disease about 10 years ago.

Ms. Orion moved to the East End in 1979 and met Hugh R. King at the Royale Fish restaurant in Amagansett, thereby changing his life, he said.

She was talented in several areas. In addition to the books she wrote, she was also an accomplished etcher, gardener, and seamstress, and, according to Richard Barons, a close friend and colleague of the couple, a "wonderful and inventive cook . . . quick-witted, sharp as a tack, and always smiling . . . the delight at any intimate dinner party."

Ms. Orion was born on Aug. 7, 1944, in Burlington, N.J., to the former Dory Keene. Her biological father left the family when she was very young, and she gave herself the name of the constellation Orion. She graduated from the Ann May School of Nursing and spent 14 years as a nurse at New York Hospital while pursuing a career in the art of etching. She also became a private duty nurse and completed a degree at Adelphi University.

After marrying Mr. King, then a teacher and actor and now the East Hampton Town and Village Historian and Town Crier, Ms. Orion went on to earn a doctorate in anthropology at Stony Brook University and taught for a time at St. John's University, Suffolk County Community College, Southampton College, and Hofstra University. And she taught French at the Springs School for a time.

"She was very aware of the plight of women in history," said Mr.  Barons, a former director of the East Hampton Historical Society, "and quick to recognize the role of myth and superstition in the thread of civilization . . . which led her into researching witchcraft and studying how it was used as a way to diminish and even execute smart women. When she met Hugh, who introduced her to Goody Garlick and the Gardiner family, she found a pithy local legend to unravel for us all."

Ms. Orion also could sew, and made vestments from various kinds of fabric to commemorate important "cardinal" points of a woman's life, including a "journey robe" for a Siberian shaman named Savone, whom she found out about while doing her anthropological research. It became a sort of one-act woman's play about Savone, said Mr. King. She turned her research into the Wiccan and neopagan movement into her first book, "Never Again the Burning Times: Paganism Revived."

Once she learned about Goody Garlick, Ms. Orion was able to amass enough information for her second book, "It Were Well to Please the Devil as Anger Him: Witchcraft in the Founding Days of East Hampton," which was included in the 350th Lecture Series in 1998 celebrating East Hampton's history, as well as in a Historical Society lecture series several years ago.

She also loved the theater and had season tickets for the Hampton Theater Company for years.

Ms. Orion was shy but was also described as being incandescent by friends. And her Colonial Revival border gardens at Home, Sweet Home were "completely painting with flowers," said Mr. Barons. "She loved her gardening and sang the praises of all her helpers. . . . The ghosts of the Bueks must have loved it and now miss it."

"After the job at Springs School, everything good that happened to me happened after I met Loretta," said Mr. King. He wanted to thank her four "wonderful" caregivers, Frances John, Lenore Thomas, Cherise Myrick, and Coleen Curtin. Ms. Orion was cremated. There will be a memorial in late September.

Mashashimuet Park's History and Future
A Conference for Young People to Create Solutions
Get Outside, Get Moving
END_OF_DOCUMENT_TOKEN_TO_BE_REPLACED