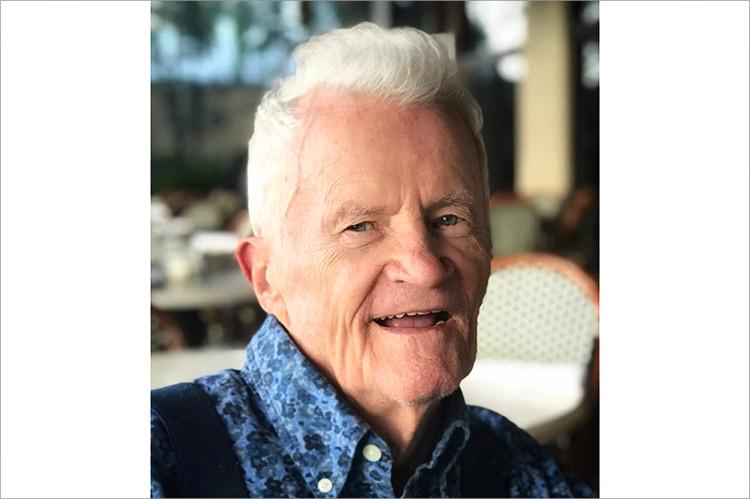 John T. Fix Jr., a summer resident of Springs who was a celebrated volunteer with the Boy Scouts and Chamber of Commerce in Eastchester and Tuckahoe in Westchester County, died at the Bayberry Care Center in New Rochelle, N.Y., on May 17 with his wife and family at his side. He was 92.

He was born in Bronxville, N.Y., on Dec. 2, 1929, to John T. Fix and the former Mary Brundage. He attended the Immaculate Conception School, serving as an altar boy, and went on to attend Iona Prep, where he played football. He got his start in the hardware business by working at the family’s hardware store, Cornell Brothers, which was established more than 100 years ago.

Mr. Fix joined the Naval Reserve in 1947, serving for two years, and then served four years of active duty in the Air Force during the Korean War. He was a radar operator, completing many missions searching for downed aircraft in the Aleutian Islands. He loved telling stories of the missions, and a few years ago, he enjoyed climbing aboard a B17 at Westchester Airport for a seat at the radar station once again. He attained the rank of staff sergeant, though he turned down the promotion and returned to fly-in status so that he could assist his father in managing the hardware store.

In 1958, he married Mary Connolly. She survives.

Mr. Fix was known for his dedication to his family and the community. At the hardware store, his specialty was “finding the oddball light bulbs,” his family wrote. He was a charter member of the Eastchester Rotary Club in 1964, serving twice as president and six times as treasurer. He volunteered with its Gift of Life program, in which children from developing countries are provided lifesaving cardiac surgery in the U.S. Mr. Fix was a Boy Scout cub chairman, troop chairman, and assistant scoutmaster for nine years, and in the early 1970s he received the Bronze Pelican Award for his service to scouting.

A former president and longtime board member of the Eastchester/Tuckahoe Chamber of Commerce, he was chosen as its Person of the Year in 1996 for his service. He was also a former president and board member of the New York State Retail Hardware Association, receiving its Golden Hammer Award for 50 years of service in the hardware industry in 1992. In 2010, at the age of 80, he finally retired from the family business.

He began visiting Springs 49 years ago in a house around the corner from Maidstone Beach. As an avid outdoorsman, he loved gardening, fishing and clamming, and birdwatching. He and his wife also loved traveling the world, visiting five continents during their nearly 64 years together.

Mr. Fix was buried with full military honors at the Gate of Heaven Cemetery in Hawthorne, N.Y. His family has suggested memorial donations to Gift of Life, online at giftoflifemetrony.org, or in care of Michael P. Fix at 9 Wildwood Road, Eastchester, N.Y. 10709. Condolences can be left at westchesterfuneralhome.com.